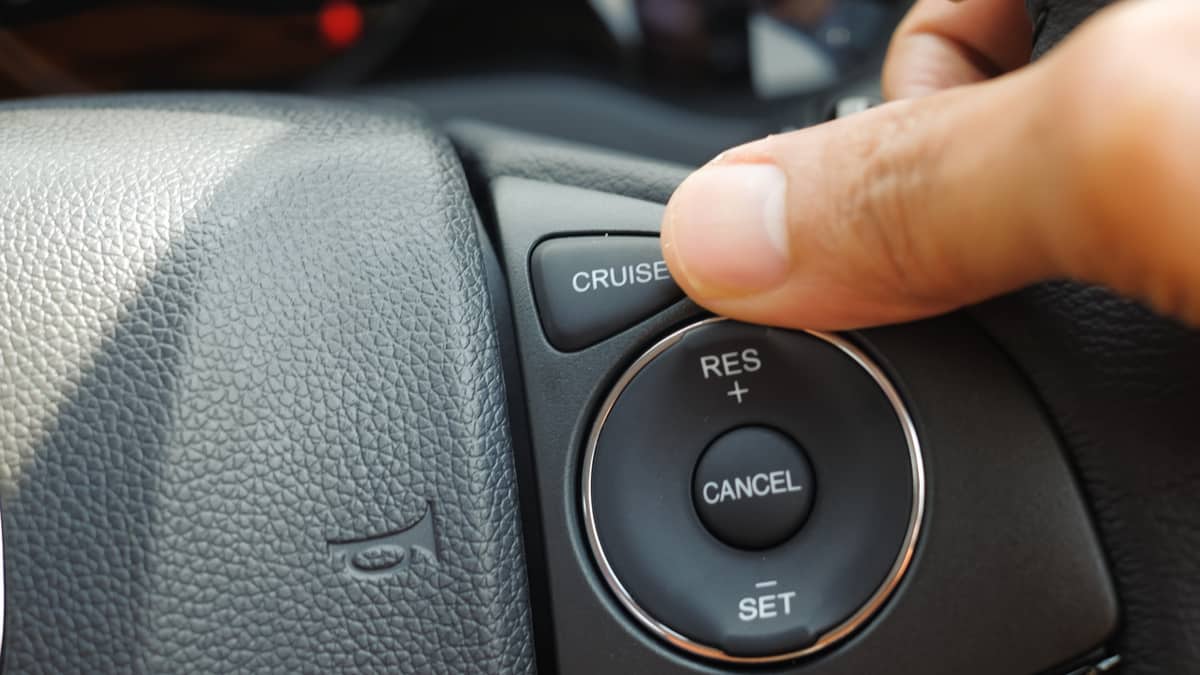 It would be difficult to find a vehicle on the road today without cruise control. This invaluable feature makes driving long distances easier but can also cause trouble when it malfunctions. Understanding the reasons your cruise control stopped working ensures that you can get the problem fixed quickly for a more enjoyable ride.

While this fault can cause issues with the cruise control system itself, there could also be an effect on the acceleration of your vehicle. That’s why you want to have it looked at as soon as you notice a problem. Let’s take a quick look at the reasons first.

Here is a more detailed list of the possible causes a cruise control is not working:

Thankfully, it’s not difficult to find and replace a blown fuse. Look in the owner’s manual to find the fuse that corresponds with the cruise control technology.

The brake pedal switch is responsible for turning the brake lights on and off based on the pedal position. Cruise control systems are designed to disengage whenever your brake pedal gets pressed.

Because the cruise control is wired into the brake pedal switch, any fault can cause it to stop working. When the brake pedal switch malfunctions, the car believes the brakes are engaged, causing the system to turn off automatically. Not only that but your car’s brake light might also be stuck on, leaving confused drivers in your wake.

Speed sensors are located on every wheel or differential. The purpose of these sensors is to monitor the speed of the wheels to determine if traction control is needed.

If there is an issue with a speed sensor, it will often show with an ABS warning light or a check engine light on the dashboard.

The cruise control system is electronic, with many components working together to make the system operate. If the cruise control fails to work, you want to check the wiring harness and associated connectors for a fault.

Check the system with an OBD2 scanner to look for any trouble codes related to the cruise control.

If you drive an older vehicle with cruise control, you might have an issue with the vacuum actuator or the cable that connects to the throttle. If there has been damage done to vacuum hoses or the actuator, the cruise control will stop working altogether.

Additionally, the cable linking the actuator to the throttle must be in good shape. If it has been broken, the cruise control will fail.

What is Cruise Control?

Cruise control was first introduced for automobiles in the 1950s. However, it took many years before it became a staple in the modern vehicle. Cruise control is a feature that is used when you are traveling at a consistent speed.

This electrical system allows you to set a predetermined speed and take your foot off of the gas pedal. If you are on a long drive, there is less fatigue because you don’t have to try to maintain your speed. Cruise control can also benefit fuel economy because the vehicle uses less fuel when traveling steadily.

The cost to repair your cruise control system depends on what caused it to fail. If you need to replace a cruise control or brake switch, you might spend between $125 and $350, including parts and labor. However, the cost to change a fuse is only a few dollars and you can perform the replacement yourself in just a matter of seconds.

On the other hand, when something major fails, such as the actuator, you could be looking at a much higher repair bill. In some vehicles, the cost to replace a cruise control actuator can cost more than $700. These costs rise if you drive a luxury vehicle or one that is difficult to get parts for.

It might not seem immediately important for you to fix the broken cruise control, but this defective system can affect other performance aspects. You could start to notice issues with acceleration or have trouble with the speedometer. To play it safe, it’s always best to have the cruise control repaired as soon as you notice a problem.

« High Oil Pressure: Main Causes & Symptoms (How to Fix It)