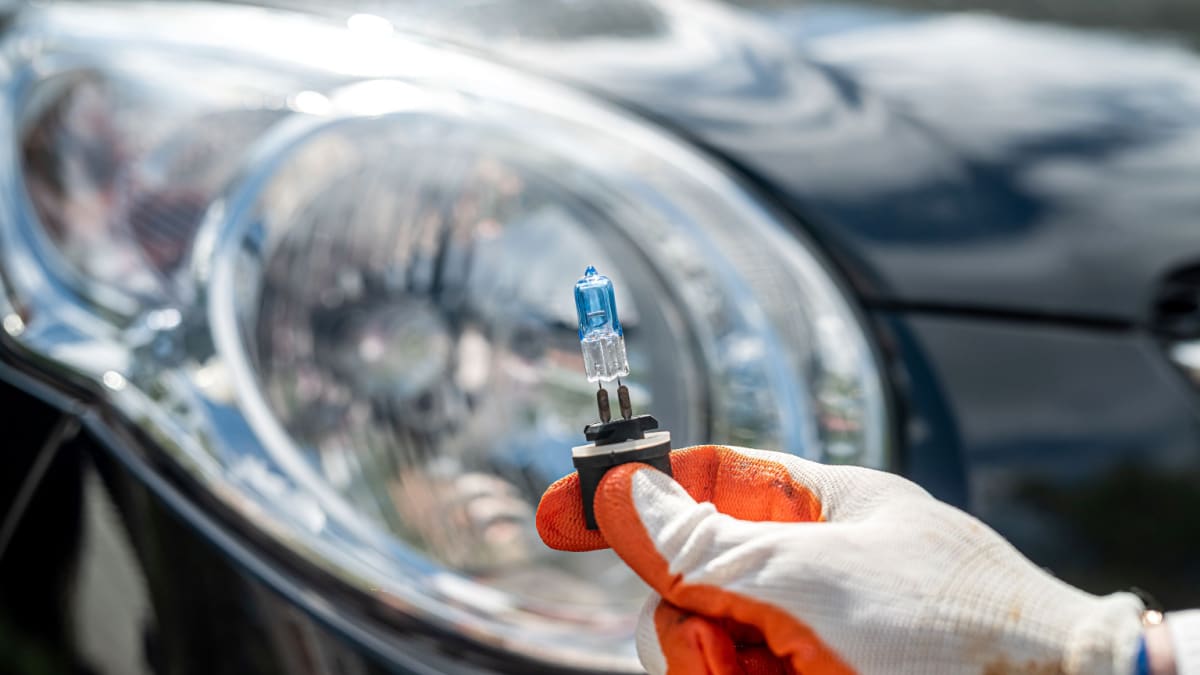 Seeing clearly at night should be a top priority if you want to avoid accidents. With both headlights working properly, it can still be difficult to see at times. How much worse is it when one low beam headlight is not working? What causes this condition and what can be done about it?

When one headlight isn’t working, the bulb is normally to blame. It’s also possible that you are using the wrong bulb type or the socket is corroded. Additionally, wiring or a blown fuse can be to blame. In rare occurrences, the switch or relay is bad and requires replacement.

In this guide, we cover the reasons one headlight may not work and show you how to fix it. Before you leave, you’ll also gain some answers to questions you’ve probably been asking.

Causes Of One Low Beam Headlight Not Working

While the most common cause of one low beam headlight not working is a bad bulb, there are other situations to consider. Here are some possible causes you should evaluate.

Most often, the reason that one bulb has stopped working is because it has burned out. Bulbs only have a limited lifespan, so it’s not uncommon for one to die.

Halogen bulbs have the shortest lifespan and won’t last nearly as long as Xenon or LED bulbs. When replacing them, it might make sense to upgrade, which keeps you from changing them so often.

Another reason the bulb might not be working is because it’s not compatible. Even if the bulb isn’t burned out, it’s not going to illuminate if you put the wrong one in the socket.

Headlight bulbs are not interchangeable. Every car holds a different type of bulb, which is why it’s important to do your research before buying any.

The bulb socket deals with a lot of heat and abuse. Over time, corrosion can occur or the socket can fail.

If the socket can’t make a proper connection with the bulb, it’s not going to illuminate. Cleaning the socket is one step, but when that doesn’t work, it needs to be replaced.

The headlights run on the car’s electrical system. For this reason, there are fuses designated just for the headlights.

If a fuse blows, power can no longer be sent to the headlight. If other things are running on the same fuse, you will notice problems with these systems as well. Most cars will have a separate fuse for each low beam headlight bulb.

Running to the headlight socket are wires that connect the bulbs to the system. After many years of use, these wires can become damaged or frayed.

If there’s a break in the electrical connection, it becomes impossible for the bulb to illuminate. The problem could even start off with a flickering light until the disconnection becomes severe enough.

The headlight switch is also known as a dimmer switch. It’s the electronic component that controls the headlight functions.

Most often, when the switch fails, you will lose both headlights, either low or high beam. However, it’s still possible that a short or wiring issue to the switch could cause problems with just one bulb.

All computer-run headlight systems include a relay to control how the low and high beams work. There’s always the possibility that the relay will go bad over time.

Again, this problem normally results in both headlights not working at the same time. However, it’s not impossible for a bad relay to cause problems with just one bulb.

How To Fix One Low Beam Headlight Not Working

It isn’t normally difficult to fix a low beam headlight that stopped working. Here are some solutions you may consider trying.

The most obvious solution is to replace the headlight bulb. Make sure you purchase the right type of bulb for your vehicle and follow these steps.

If this doesn’t fix the problem, you should move on to one of the other solutions. Thankfully, it doesn’t normally cost a lot to replace a bulb, especially if it is halogen. On the other hand, some Xenon and LED bulbs can get a little pricey.

When you replace one light bulb, it’s often recommended to put another one in on the other side. This keeps the bulbs at similar power levels and ensures a uniform appearance. Plus, if one has failed, the other is probably reaching its end of life as well.

If you notice corrosion in the bulb socket, you need to clean it. Turn off the light switch and take out the light bulb.

Use an electrical contact cleaner to remove the corrosion from the socket. If the corrosion is heavy, use a wire brush and gently scrape it off.

If a blown fuse seems to be the problem, you need to replace it. Look at the legend to find the appropriate fuse. This legend is found inside the fuse box cover. With a test light, you can determine if the fuse is faulty.

When you pull the fuse, you’ll also see the wire inside is broken if it needs to be replaced. Thankfully, replacing a fuse is an inexpensive fix. Just make sure you purchase the same fuse rating for the replacement.

No one hopes to deal with automotive wiring, but sometimes it’s necessary. If the headlight bulb and socket aren’t to blame and the fuse isn’t blown, the wiring should be your next step.

Inspect all of the wiring to see if anything has melted, torn or broken. You can also look at the connector to the headlight socket to see if there’s something wrong. If any of the wiring is faulty, it must be replaced.

Most often, if the headlight switch or relay has failed, both headlights aren’t going to work. These problems normally lead to a lack of low or high beams entirely. Still, there are rare occurrences when you need to fix the switch or relay.

On average, expect to spend $150 to $300 when replacing the headlight switch. If the relay needs to be replaced, you may spend $50 to $150. However, if you can perform the labor yourself, the prices should be much lower since you are only buying parts.

Replacing a light bulb isn’t normally a complicated procedure. It’s possible for most drivers to replace the headlight on their own. However, as the repairs become more complicated, you might find yourself in the position of needing help. This is especially true if the electrical wiring needs to be replaced.

Don’t attempt to perform any repair that’s beyond your scope of expertise. Working with automotive wiring and electrical connectors can be confusing. Most of these fixes aren’t going to cost a lot to have done, with many of them being completed within an hour or less. This price is nothing when you consider that trying to do it yourself could create more of a mess.

Can you drive with one low beam out?

Having a low beam headlight out won’t stop the vehicle from running. You could still drive, but it’s not advisable. The police could pull you over and give you a ticket. Additionally, the lack of visibility could lead to an accident.

Why is only one low beam working?

Most likely, the bulb has burned out. Try replacing the bulb to see if that resolves the issue. If not, the problem could be a corroded socket, a blown fuse, an electrical issue or a malfunction with the relay or switch. Run through a diagnostic procedure to see what needs to be repaired.

Why is my left low beam not working?

Whether the left or right low beam is out, the first step is to replace the bulb. If that doesn’t work, check the socket for corrosion and test the fuses. Otherwise, you could be looking at an electrical issue or a bad relay or switch. The only way to tell is to run through a complete list of diagnostic steps.

Can a fuse cause one headlight to go out?

When a fuse blows, it can cause a complete loss of low or high beams. However, there are instances when a blown fuse can lead to failure only on one side. The only way to tell is to check the fuses with a test light or inspect it for a broken wire inside.

How do you fix a low beam headlight?

Start by replacing the headlight bulb to see if that’s the problem. If not, consider checking the socket for signs of corrosion. It’s also possible that the wiring or connector is damaged. Otherwise, a blown fuse could be to blame or a mechanical part, such as the relay or switch, has failed.

With one headlight out, your on-road visibility is compromised. For that reason, it’s very important to figure out why the low beam headlight isn’t working and repair it right away. In the majority of cases, a bad headlight bulb is to blame when only one isn’t functioning.

In more extreme cases, the headlight socket has become corroded or the wiring is damaged. It’s also possible that a fuse is blown or a mechanical part is failing. Either way, a quick diagnostic procedure and repair will get you back on the road with all of the light you need.