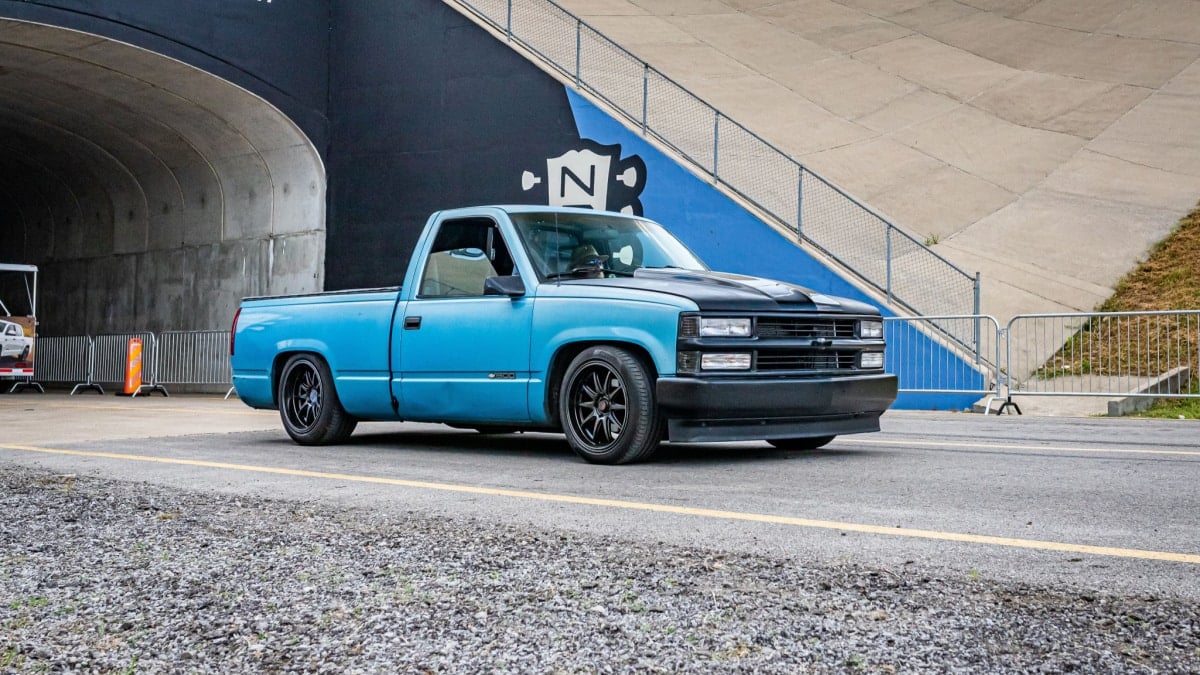 If you are a Chevy fan, you might have heard about the term OBS and wondered what it meant. What is an OBS Chevy, and why are these so popular?

In this guide, we take a closer look at the meaning behind the OBS designation and show you which models qualify for the title. We also tell you why the OBS is so popular, and we reveal some problems that come with the older truck models.

At the end of the article, we show you a few ways you can modify a Chevy OBS to make it even more desirable.

What Does Chevy OBS Mean?

OBS Chevy means “Old Body Style Chevrolet” It’s the abbreviation given to reference the older type of Chevrolet truck bodies manufactured between 1988 to 1998. Enthusiasts created the term, so there are some variations, with some people even talking about the OOBS, which is known as the “old, old body style.”

Actually, OBS can be determined by models slightly before the 1990s. In fact, 1988 is when the OBS trucks begin. From here, the NBS or “New Body Style,” was released around 1998. Anything before that falls into the OBS category. Chevy isn’t the only manufacturer that has OBS trucks. Any American-made company can have OBS vehicles.

What are the most popular Chevy OBS trucks? The fourth generation on the C/K platform, otherwise known as the GMT400, is the foundation of the OBS trucks chosen by enthusiasts. However, you can find the term OBS used for all of these models:

C/K designation has only been used by Chevy. GMC chose to name the full-size truck lineup with the term “Sierra.” However, the GMT400 platform wasn’t just used on the trucks but also helped the lineup of SUVs become popular with enthusiasts.

RELATED: Cateye Chevy – Why Are They So Popular?

If you were part of the truck culture back in the 1990s, you are probably in your mid-40s or 50s right now. It’s the perfect time to enjoy some of the money that’s been saved up and go on a trip back into the past. It’s the same reminiscent feeling that was seen when generations prior to that were reliving memories of the 1970s and 80s muscle cars.

This movement is entirely nostalgic. However, plenty of younger people have jumped on board, just realizing how well-made these trucks were. They are also easy to work on, which makes modifications easier than ever. With just a little money, it’s simple to create the truck that you dream about.

Because of the popularity, there’s also an entire business run on aftermarket parts. You can quickly replace the mirrors, grilles or any other body part with the option to choose the company you work with. The trim is all held together with the help of adhesive, so you won’t have trouble getting it apart and replaced, either.

Aside from the beauty, these trucks are rugged. They are made to stand up to some abuse and have fuel-injected systems worth bragging about.

Overall, there’s not one clear-cut answer as to what makes these OBS trucks so popular. Every enthusiast has a different reason for loving them, with very few downsides to consider.

RELATED: Are Chevrolets Good Cars? Are They Reliable?

Still, there are some aspects that must be addressed, especially if you are considering purchasing an OBS truck. The fourth generation of trucks and SUVs isn’t going to compare to some of the specs of newer models. You won’t see the same level of fuel-efficient, safety technology or power without adding a massive amount of upgrades.

As an example, the 88 C/K came standard with a 4.3-liter V6 engine that was rated for 15 mpg combined. In comparison, the 2022 Chevy Silverado with the Duramax 3.0-liter Turbo-Diesel engine is rated at 23/33 mpg. That’s quite the difference.

Looking at the interior, we also see some disadvantages. Back in the day, cheap plastics were used within the cabin. Considering the age of these vehicles now, you can pretty much bank on cracking and wear to the trim and handles. To restore the truck, you would have to replace these parts.

Safety is another top concern. It wasn’t until 1995 that airbags were installed in GM trucks. If you are going to drive, you won’t get the same level of safety you are accustomed to.

However, all of these “problems” are petty to people in love with the vintage style. If you are hoping for a classic truck from back in the day, the OBS might be right for you.

RELATED: Squatted Truck – What is it & Is it Legal?

Ways to Modify a Chevy OBS

The first thing most OBS owners want to do is upgrade the paint job on the truck. With some fresh paint, you can easily refresh how the truck looks and make it vibrant once again.

There are no limits to the way you can customize the paint. Some people prefer to simply restore it to its original hue. These trucks were available in a single or two-tone color. You could also add a high-gloss finish for even more pizazz. Otherwise, switching to a matte shade might appeal more to you, with most people choosing a solid black.

Once the exterior paint is upgraded, you are ready to take a look at the interior. The seats and upholstery might be very out of date by now, and in need of some refreshing.

If you are simply looking to restore the truck, you want to choose original materials to fix it up. Otherwise, you can get wild with the customization. Don’t forget to upgrade the steering wheel and dashboard too.

Back in the day, headlights and taillights were nothing to look at. The drab old style isn’t just boring, but it doesn’t shine brightly enough in dark situations.

It’s time to upgrade those lights with today’s LED designs. Not only are you going to improve the visibility, but you can change the entire appearance. Go bold with a chrome grille for the perfect compliment.

While we are discussing chrome, think about the exhaust. With chrome-plated tips, you can really help your truck stand out.

If you are feeling very daring, you can move beyond the tips for a complete exhaust upgrade. Just imagine the sound of your Chevy OBS with a growling exhaust sound. It’s sure to turn heads.

If you want to give your Chevy OBS a sleek and modern look, consider tinting the windows. You can contrast the paint job that you’ve completed and gain a little privacy.

Just remember to check local laws before tinting windows. Many states have requirements specifying how dark you are allowed to go.

How can you make your Chevy OBS look even more rugged and ready for adventure? A good set of all-terrain tires will do the job.

Consider upgrading the wheels to hold those tires better. Additionally, you could lift the truck and add a new suspension into the mix, just for fun.

Adam is a car enthusiast who spends his time driving and fixing fast sports cars. He knows everything you need to know about the car market and will definitely help you make a good deal on your next car. He also has extensive knowledge of car financing, insurance, and leasing.