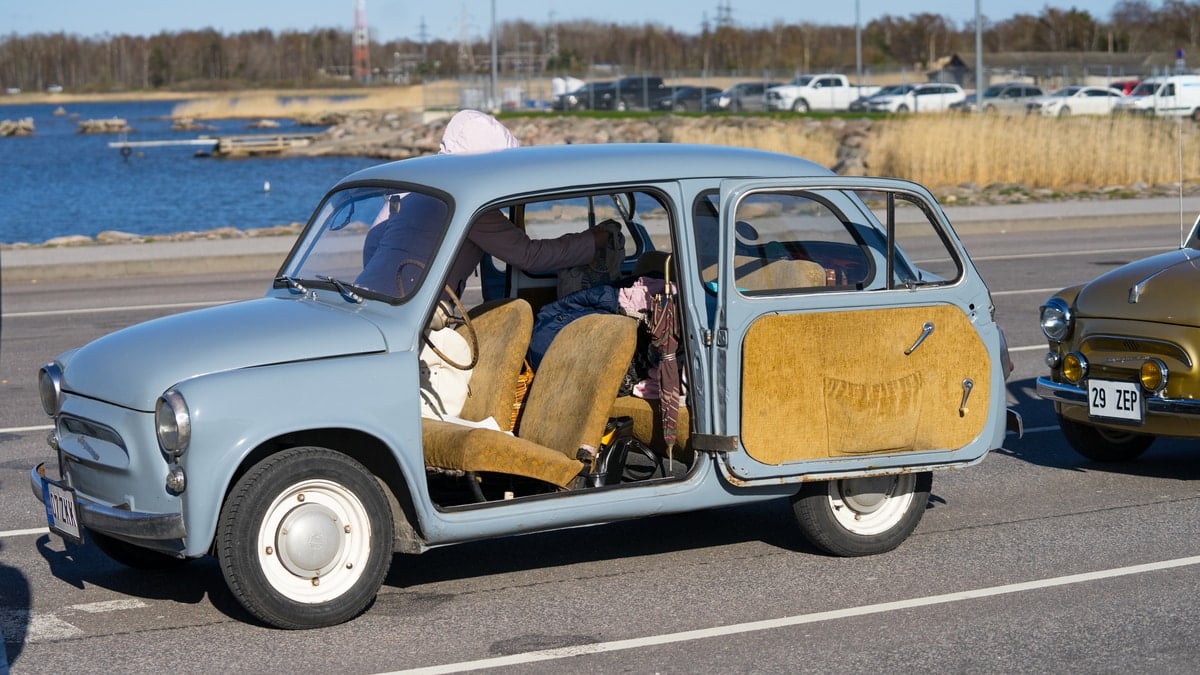 Cars are available with a never-ending list of features, so it can be confusing trying to figure out what each one means. When it comes to suicide doors, this feature might not be as popular as it once was, but it’s still around. What are suicide doors and why are they called that?

In this guide, we dive deeper into the history of suicide doors. We also look at some safety concerns, the differences between other types of doors and we highlight some of today’s most popular models with these unique doors.

What Are Suicide Doors?

A suicide door is a car door hinged at its rear rather than the front. With your traditional door on a car, the hinges are located in the front. These doors are also called various things, based on the automaker, such as FlexDoors or coach doors.

With this design, the doors can open up wider. At one point, they were extremely popular, but they aren’t as much anymore. The early design came from original coaches and carriages, which used a style similar to French doors.

Where Did the Name Suicide Doors Come From?

Originally, the French-type doors worked well for early models. They were needed to let women with long gowns in and out of the vehicle with ease. However, the more popular cars became, the more dangerous the doors seemed to be.

While driving, the rear-hinged door type could open if they weren’t properly secured. This was a big problem with the 1969 Subaru 360 models.

Considering these cars didn’t yet have seatbelts, there was a higher chance of injury when the doors opened.

It was also possible to be hit by the door if a car drove into it when you were going out. If a car came from behind and did not see this, it would push the whole door towards you, which could lead to serious injuries or even death. In addition, pedestrians were hit by them while the passengers were on their way out.

Obviously, all of these dangers helped to create a new name for the doors. Because they were considered so dangerous, suicide doors became the modern name for them.

The Rolls Royce brand began as a British luxury model. Even after BMW took the company over in 2003, the level of opulence didn’t change.

Today, every Rolls Royce model comes with suicide doors. In fact, it’s the only automaker that offers a complete lineup of suicide doors.

While you can’t get a new Continental, the most recent models came with suicide doors. However, Lincoln doesn’t call them suicide doors. Instead, they are called coach doors.

Even though the car is modern-looking, the suicide doors look great. There’s nothing old-fashioned about them, but rather, it helps them to appear more stylish.

The RX-8 never became as popular as the RX-7, but it still has a following. This rotary-powered car was designed with these doors to be more practical, giving customers a small suicide door in the rear.

However, to get these doors open, you have to first open the full-size doors in the front. Once you do that, you will see the hidden handles that are in the suicide doors.

BMW is another luxury brand that provides suicide doors to customers. The i3 comes with rear suicide doors, slightly similar to the i8’s butterfly doors.

The FJ Cruiser has been around since 2014, but it still has quite a following with its retro design. While it’s modeled after the Land Cruiser 40 Series, it features suicide doors that the original didn’t.

To get to these doors, you must first open the front. Still, with these doors, it’s much easier to get into the second row, reducing the need to fold down the front seats.

The regular cab pickup contains two front doors only. On the other end of the spectrum, the crew cab models contain four full-size doors.

However, some automakers make an extended cab design that provides more seating without four doors. Instead, many of these trucks will include suicide doors that become available when you open the front doors.

We briefly touched on some of the safety concerns surrounding the suicide door, but the history is one worth digging into. As the car replaced the horse-drawn carriage, suicide doors based on the French door design became very popular. However, automobiles contained more horsepower than the carriage could offer, making them much faster. By the 1960s, muscle cars and sports cars were taking over the street, meant to perform at exceptional speeds. Yet, none of these cars contained seat belts.

Ralph Nader created a book about road safety in 1965. The name of the book is “Unsafe at Any Speed.” This book is most known for discussing the faults of the Chevrolet Corvair and its rear-engine design, but there’s a little bit of every safety aspect in the publication. Nader accused automakers of withholding safety features that should have been standard.

Among the issues he highlighted, he showcased the suicide door design as one of the most dangerous. With the doors hinged in the rear, pedestrians and occupants are all in danger. Without seatbelts, they are only more dangerous, especially if occupants fall out of the car should the door open unexpectedly.

When people are getting out of the car, it’s easy to hit someone with the suicide door, especially if the person isn’t aware of their surroundings. If a vehicle hits the door while it is open, occupants could also get trapped between the door and the body of the car, creating severe injuries.

These two terms are often used interchangeably, even though they are significantly different. Butterfly doors are designed to open both upward and outward. In comparison, the suicide door features a hinge at the back, so it opens the opposite way as regular car doors.

Some of the most popular cars with butterfly doors include the BMW i8, which we discussed above. You can also find this design in several McLaren models, the Ferrari Enzo and Toyota GT-One.

Scissor doors are also different from your standard suicide door. With this design, the door is going to swing vertically to open. These are more closely related to the butterfly door, except the second type swings outward and upward.

The scissor door comes with several names. You might have heard the terms wing doo, switchback doors or Lambo doors. They are called Lambo doors because most all Lamborghini models contain this design. In comparison, the butterfly door is seen on many McLarens, so you can see how they work differently.

When looking at the scissor vs. suicide doors, you see that the scissor doesn’t contain a rear-opening mechanism. Instead, they essentially lift up instead of opening backward. You won’t find the scissor door on anything short of a luxury, high-performance model, while suicide doors can be found on a variety of car types.