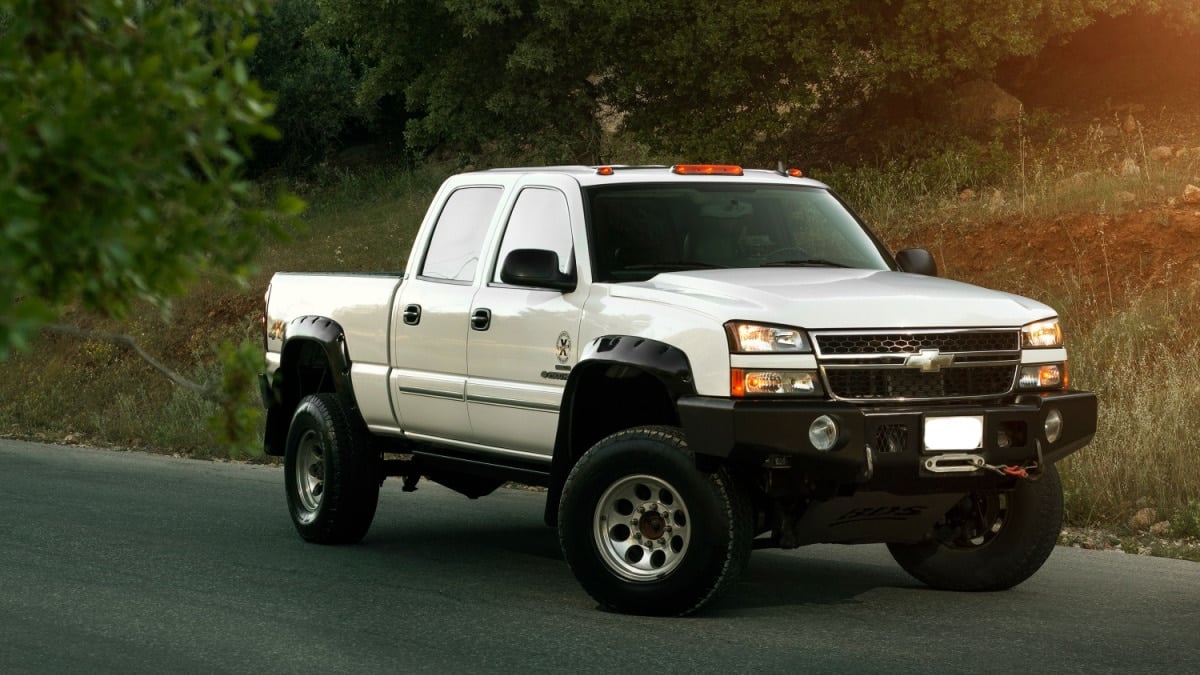 When it comes to the Chevy lineup, there have been some insanely popular models over the years. From the Camaro SS Transformers Edition to the Corvette Z06 Carbon Limited Edition, enthusiasts have been born for every model type that Chevy has made over the years.

One such example that you might not have heard about as much is the Cateye Chevy. What is a Cateye Chevy and where can you get one?

What is a Cateye Chevy?

The Cateye Chevy is a particular generation of Chevrolet Silverado trucks. They were released during the 2003-2006 and 2007 Classic model years. Its Cateye distinction comes from the unique look that makes it appear more aggressive than other pickup trucks.

This Silverado style has been a popular option among enthusiasts and is easy to modify. It can easily be transformed into a show build or you can create it to head off-road with ease. It’s also easy to lower for a unique on-street appearance.

The same isn’t true with every truck currently on the road, which is why this is a favorite among anyone looking to create a custom truck.

The reason that the Cateye is labeled the way it is comes down to the front-end design. Most noticeably, it has sloped headlights that resemble a cat.

It also comes with a weird bumper shape and raised hood that makes it look more aggressive. This style combined with the headlights and the entire front end of this Silverado truck looks like a big cat. It could easily resemble a panther, lion or tiger.

Back in 2003, it wasn’t easy to find unique seating options. However, this Silverado model offers a unique feature, reclining seats for maximum comfort.

Aside from that, you can still fit the same number of people in the two-door. A middle seat is provided for a third person.

Aside from the seating room itself, there’s also additional room in the cabin when compared with other trucks during that time. For example, this lineup includes 41 inches of headroom, which is more than the F-150 by nearly an inch.

It’s not just the front seat and head area that provides more comfort. Even in the back seat of the Extended Cab, you have 38.4 inches of room, perfect for taller passengers.

In this generation Silverado truck, the V8 wasn’t yet given the on-demand displacement technology that it has on newer models. For this reason, the V8 engines were known for being affordable to fix and dependable.

The Cateye lineup also offered the LBZ diesel motor, which is renowned as being one of the best. It’s been one of the most desired, even years later. This diesel engine is reliable and dependable. With the pre-emissions configuration, it can also pump out an insane amount of power, making it a true workhorse. If you want something heavy-duty, this engine won’t disappoint.

This Chevy lineup has been ahead of its time. In fact, it’s regularly listed as one of the best generations to own because of the advanced technology and dependability.

When it was released in 2003, Chevy also put some brand-new features inside. The taillamps are unique and the ventilation system is unsurpassed by anything else for that year. It also comes with advanced electrical and airbag systems from that year. Even the factory sound system is meant to blow your mind.

RELATED: Are Chevrolets Good Cars? Are They Reliable?

Problems with the Cateye Chevy

There have been zero to no mechanical issues across the board with the Cateye Chevy. While it’s known to be reliable and dependable, the only major complaint about the truck is with the body. It seems that the Silverado models can rust easily.

You might notice this problem more if you purchase one in a region that gets snow. However, it’s something that should be inspected closely before making a purchase.

The other main complaint about buying a Cateye Chevy is the price. If you need a budget-friendly Silverado, the Cateye version might not be your first bet. Because these are popular among enthusiasts, the resale value tends to be higher than other used trucks.

It will be difficult to find one in good condition for less than $10,000. If you want an HD model with a gas engine, you can expect to spend at least $15,000, while a diesel-powered variant can still be priced at $25,000 or more. Our advice is to budget accordingly, understanding that you are purchasing something of a collector’s item. Who knows, the value might be even higher in the future.

RELATED: Why Are Pickup Trucks So Expensive?

Are There Any Other Cateye Designs?

While the Cateye truck is the most known of this style, it’s not all that Chevy made. The Chevrolet Trailblazer is an SUV that also features the Cateye design, but it doesn’t appear to be as noticeable as the Silverado. It also didn’t become as popular as the Silverado, probably because it’s not a unique truck style.

You can also see some of the same features with the GMC Sierra during those years since they are essentially the same truck. With the GMC model, though, there are some clear design distinctions, so the aggressive nature isn’t as noticeable.

For these reasons, most people discussing the Cateye design are almost always talking about the Silverado lineup. Beyond that, the other models aren’t known for having the same style or features. It’s also not as easy to modify the other two vehicles in the same way you can alter the Silverado.

You can’t confuse the Cateye Chevy with the OBS, another common term used to describe some of the trucks. OBS stands for Original or Old Body Style. It’s the designation given to a specific lineup of Chevy C/K trucks made by GM from 1988 to 1998.

The “C” shows that the truck was a two-wheel-drive configuration, while “K” shows it has four-wheel drive. The OBS truck is rugged and boxy looking, especially when compared side-by-side with the Cateye. Once the OBS was discontinued, the Silverado truck took over in 1999. However, the Cateye didn’t get released until a few years later.

Looking at similarities, both of these Chevy models are considered quite dependable. The fact that the C/K Series was produced for ten years proves that it was reliable and popular. That’s why people still search out OBS models today. With that said, they aren’t easy to find and when they are located, they tend to have a lot of miles on the odometer. Still, it’s possible to find a reliable OBD or Cateye if you are willing to put in the research and pay the price for either one.

What year is a Cateye Chevy?

The Cateye Chevy was produced from 2003 to 2006, and the 2007 Classic models. Chevrolet Silverado models are usually called Cateye Chevy, but the cateye look could also be found on the Chevrolet Trailblazer and GMC Sierra during those years, but they are far from the same popularity.

How much is a Cateye Chevy?

Why is the Cateye Chevy so popular?

The Cateye Chevy is so popular because many people want it because of its aggressive looks and great design. They are also known to be very reliable and are known to have plenty of aftermarket parts and accessories available for them.

Why are they called Cateye Chevys?

The Cateye Chevy got its nickname from its distinctively shaped headlights, which resemble a cat’s eyes. This look also made this car model very popular due to its aggressive look and good design.

It’s easy to see why the Cateye Chevy became so popular just by taking a quick look at its design. What makes them even better is that they are very reliable and easy to repair. So if you’re looking for a cheap car to maintain, the Silverado might be the car for you. The negative, however, is fuel consumption.

I hope you enjoyed this article and now know all about the Cateye Chevy and can now decide if it is a car for you or not.