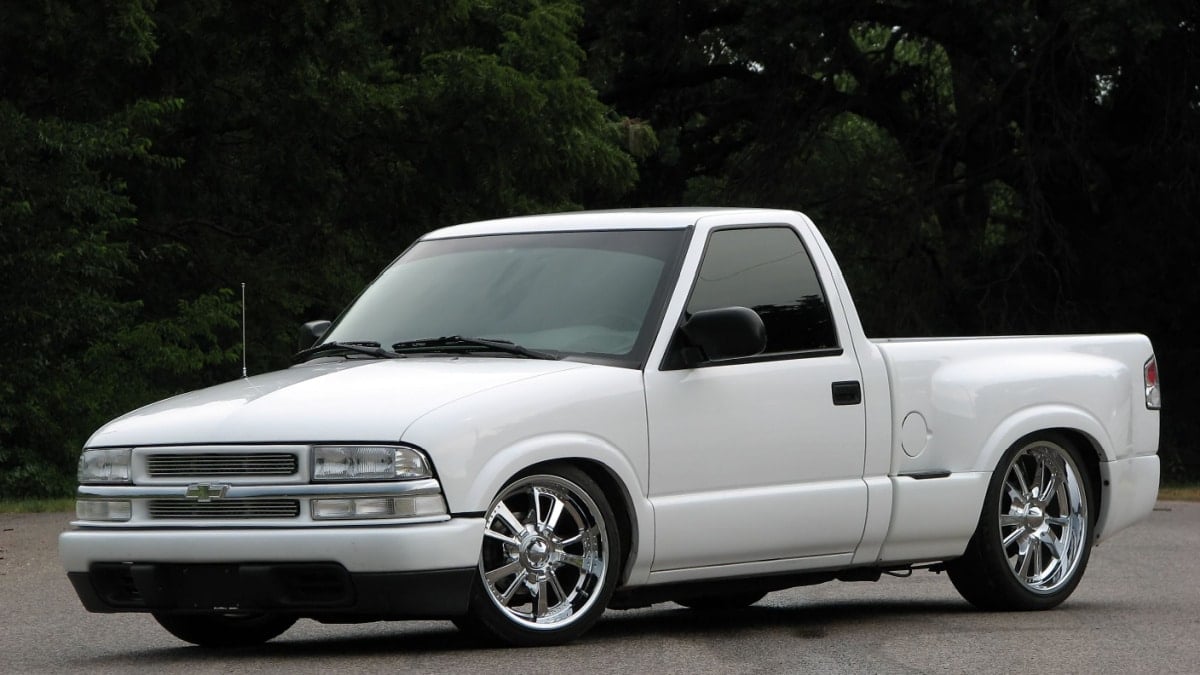 It’s hard to keep up with the latest trends, as viral videos and fads change often. However, you might have heard of the Takuaches and Trokiandos trucks, which don’t seem to be fading anytime soon. So, what are these trending trucks?

Trokiando trends come from the Mexican-American population, originally starting on the West Coast but moving to Texas. Takuache is Spanish for opossum, but it’s slang for the modern cowboy. Now, these trends relate to Mexican cowboys driving trucks with attire focused on Mexican heritage.

In this guide, we cover what these terms mean and show you where to find more information. There’s even a section sharing the meanings of the top words, so you can start to fit in. We also cover some answers to questions we know you’ve been asking.

The literal translation of Takuache is an opossum in Spanish. However, that’s not what the term is used for when it comes to pickup trucks. This slang terminology is used to describe a Mexican-American man that drives a big pickup and wears Mexican clothing. It’s usually a younger man and he will wear Mexican boots, pants and belts.

If you were to discuss the female version of these people, it would be takuaches or takuachitas. Women will wear bootcut jeans, along with gold chains and fitting hats. Many of these Mexican women will also understand baile dancing and wear square-toe shoes and boots or sometimes a pair of Jordans.

Beyond this, there are also people known as Edgars. These takuaches have their hair trimmed in a conventional bowl shape. Among their friends, this haircut is known as a “Cuh Cut.” The word “Cuh” is known as a cousin, but takauches use it interchangeably for their close friends.

Members of this culture tend to be millennials or young adults. They are insanely proud of their Spanglish ability, meaning that they can speak a mixture of Spanish and English. They also have a lot of pride in their trucks.

Takuaches like dropped and lifted trucks. These are known as mamalonas. With a traditional lowrider, gatherings would occur, but that’s not how takuaches play. Instead, these trucks are taken to what’s known as the donut pit to show off its burnout potential.

There are plenty of trucks meeting around Texas while people chant “Si Quema!” or “It Burns!” When a successful burnout has occurred, this is what the participants yell. Whether you attend these meets in person or you watch them online, the excitement is real and infectious.

What is a Trokiando Truck?

The original trokiando trend occurred on the West Coast with the Mexican-American population. Now, it’s infiltrated the heart of Texas, taking over all of the lowrider clubs. This subculture is quickly moving out of Texas to the rest of the country and the trend takes off.

Trokiando trucks are heavily modified. The chassis nearly drags along the ground, the trucks are so low. These trucks aren’t necessarily designed to be everyday drivers but are better geared to the local club event. With the aesthetic appeal that’s unique to the culture, it’s not hard to tell the trucks apart from the rest. Trokiando trucks can also be referred to as lifted trucks in some cases, as the culture is evolving.

On the other end of the spectrum, some drivers prefer to lift the truck. With hydraulic lift kits, the truck takes on a whole new appearance.

How long has this culture existed? It’s hard to trace all of its roots since it’s now entering a new generation. Young takuaches are changing how it all looks and what the performance looks like. With the addition of Spanglish and online content, there’s so much to love.

What is the Trokiando Trend?

It’s not enough that the trokiando trucks and their unique aesthetic appeal have taken over the internet. The rise of this spectacular scene has so many more layers to unfold. Corrido music also plays a huge role in the popularity.

What is corrido music and what does it have to do with trucks? Corrido music is a contemporary-type ballad. Therefore, it weaves an emotional story along with some fun and a unique musical accompaniment. You can find some corridos mentioning trokiando or cuhs in the titles and among the lyrics, thereby promoting even more of the culture.

Online platforms are overflowing with content related to takuache and trokiando trucks. Above all, TikTok seems to have the most viewership on this content. When searching #takuachetrucks on the platform, you find a huge list of creators willing to share videos with you.

Along with these truck videos, you can also find your fill of corrido music as it grows in popularity. The trokiando culture has helped to promote this music, which is why trucks and music are heavily promoted together.

Aside from TikTok, you may also be interested in looking the special playlists created on Spotify. Many of the takuache TikTok creators have jumped over to Spotify to share the music. It’s great to listen to this music as you prepare to visit a local meeting. You can also use it to inspire your day when things other than trucking have to consume your time.

While it’s easy to watch this content online, it’s much more enjoyable to see it in person. Find a connection with the Mexican-American community in your neighborhood to participate in these cultural events. There’s nothing quite as entertaining as seeing these one-of-a-kind trucks performing donuts with the comradery and excitement that goes along with it all.

Before you visit any local trokiando event, you need to understand some of the terminologies. The majority of the participants speak Spanglish, which is a mixture of Spanish and English. However, you can still fit in by understanding a few of the most popular terms.

We are covered a few of these in previous sections but wanted to put them in one reference area. Here are some you should learn.

The best way to learn these words and how to use them is to get around others that speak them. Watch content online and visit with some of your local communities. In no time, you will start to fit in after just a short time.

Why are people called takuache?

The literal translation for takuache is opossum. However, it’s also a Spanish slang term for the modern Mexican-American cowboy. It’s become popular with millennials and younger takuache to drive lowered or lifted trucks while wearing Mexican-focused attire

Who started the takuache trend?

It’s difficult to find the official start of the takauache trend. So many people are now involved. However, it’s clear that it first became popular on the West Coast. It quickly moved into Texas, where cowboy culture is normal and is slowly moving to other parts of the country.

What are the takuache trucks called?

Takuache call their lowered or lifted trucks Mamalona. It’s a truck that portrays the Mexican-American lifestyle and culture. The term trokiando is used to describe the trucking trend. You hear it commonly used as a verb, known as trokiando trucking.

What do Mexicans call low trucks?

Low Mexican trucks are often referred to as Mamalona. These trucks showcase the culture and lifestyle of the Mexican-American community. When talking about the trend of driving these trucks, the term trokiando is used.

If you weren’t previously familiar with takuaches and trokiando, this article should have given you the head start you need to begin enjoying the trucking culture. You can brush up on everything this community has to offer by browsing online. It won’t take long of watching viral videos before you are hooked on the excitement.

Once you feel ready to immerse yourself more fully into the trokiando culture, you should search out local groups meeting in your area. Within a short time, you will find yourself accepted into the community as family.

Do you have a trokiando truck image you would like to get featured in this article? Send us a message!