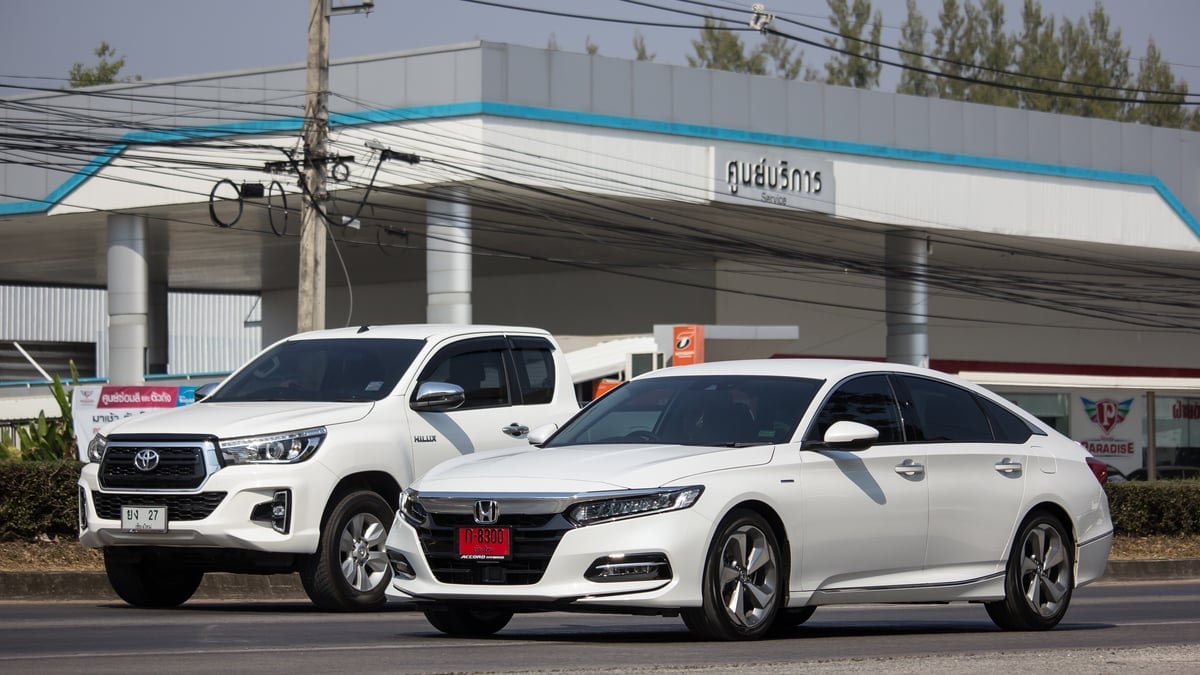 Over the years, both Toyota and Honda have earned a strong reputation for making reliable cars. Both brands perform well in studies and customers are always willing to recommend the vehicles to friends. So, which one is more reliable? We take a closer look at Honda vs. Toyota to determine which one wins the highest reliability ratings.

This detailed comparison looks at ratings, performance and features to pick a winner. We also examine some of the most reliable models from both brands.

Is Honda or Toyota More Reliable?

There’s no question that Toyota is ranked higher in reliability than Honda. Not only are the features time-tested to ensure satisfaction, but Toyota ensures that the powertrain keeps the vehicles going longer.

With that said, recent pressure is causing Toyota to speed up the process slightly. As Toyota starts implementing some newer technology and Honda perfects the equipment that has been recently installed, we may see a shift in the rankings over the next few years.

In a 2020 study about reliability, Toyota earned the 2nd spot right behind Mazda. However, Honda placed 5th in this evaluation.

Looking at the JD Power studies, you will see similar results. Toyota was ranked 5th and Honda 19th in the 2020 study. In 2019, Toyota earned the 3rd spot, while Honda was in 19th place. There was also a longevity study performed by iSeeCars that shows six of the top ten vehicles lasting 200,000 miles or more were manufactured by Toyota, while Honda only had two models in the top 16.

Toyota continues to rank among the best because of consistency. Toyota spends a lot of time focused on creating dependable vehicles versus high-performing. That’s why you won’t see Toyota making extreme changes to the architecture or drivetrain of the vehicle. Instead, the automaker chooses to improve upon the designs gradually, keeping up with the times while maintaining reliability.

On the downside, this lack of updates leaves Toyotas to be labeled as boring. You won’t see as many performance upgrades, but you gain reliability.

Honda, on the other hand, is focused heavily on performance. The automaker was with the Toyota brand for reliability for a long time. However, recent years have shown that the company is more focused on creating an engaging, comfortable ride versus being reliable. That’s why the new transmissions and the turbo engines Honda is now using have been deemed less dependable than previous versions.

Toyota won’t be the first manufacturer to offer a new tech feature either. The innovative features that have just hit the market might be fun to have, but they also break more often than older features that have been tweaked. In general, the newer technologies tend to hurt customer satisfaction scores, which is why Toyota takes its time including them.

As an example, Android Auto and Apple CarPlay were quickly offered in Honda models shortly after the release. However, this action reduced the reliability. Toyota took the safe route and didn’t offer either technology for a few years once the bugs had been worked out.

Looking back at the iSeeCars report, we see that there are several Toyota models that are labeled reliable. The winner of all vehicles is the Toyota Land Cruiser, with more than 16% of the vehicles lasting over 200,000 miles. However, the statistics on the Toyota Sequoia and Toyota 4Runner are also impressive.

Beyond those models, you will also find the Toyota Avalon and Toyota Highlander Hybrid listed as top choices. The Toyota Tundra pickup even made it into the top ten as the only truck model to be recognized. Looking further into the top 16 rankings, the Toyota Tacoma and Toyota Prius are also listed as superior options.

Honda might not perform as well as the Toyota brand in reliability surveys, but there are still a couple of good models to choose from if you are set on buying from this automaker. The same survey shows two Honda vehicles made it to the list of the top 16.

In spot #11, the Honda Ridgeline earns reliability honors. This truck ranks lower than the Tundra but still a viable option. Additionally, the Honda Odyssey minivan made the list. In fact, it’s the only minivan to make the cut.

What is Car Reliability?

We hear the term car reliability often, but what does it mean for a vehicle to be deemed reliable? In general, reliability points to how long the car can be driven under normal circumstances without requiring major repairs. Of course, maintenance and regular service are still to be expected. There’s no way around oil changes, brake replacements and needing new tires.

The longer a car goes without major service, the more reliable it is. To determine a reliability score, it’s important to look at service records, mechanical failures and electrical problems reported by customers.