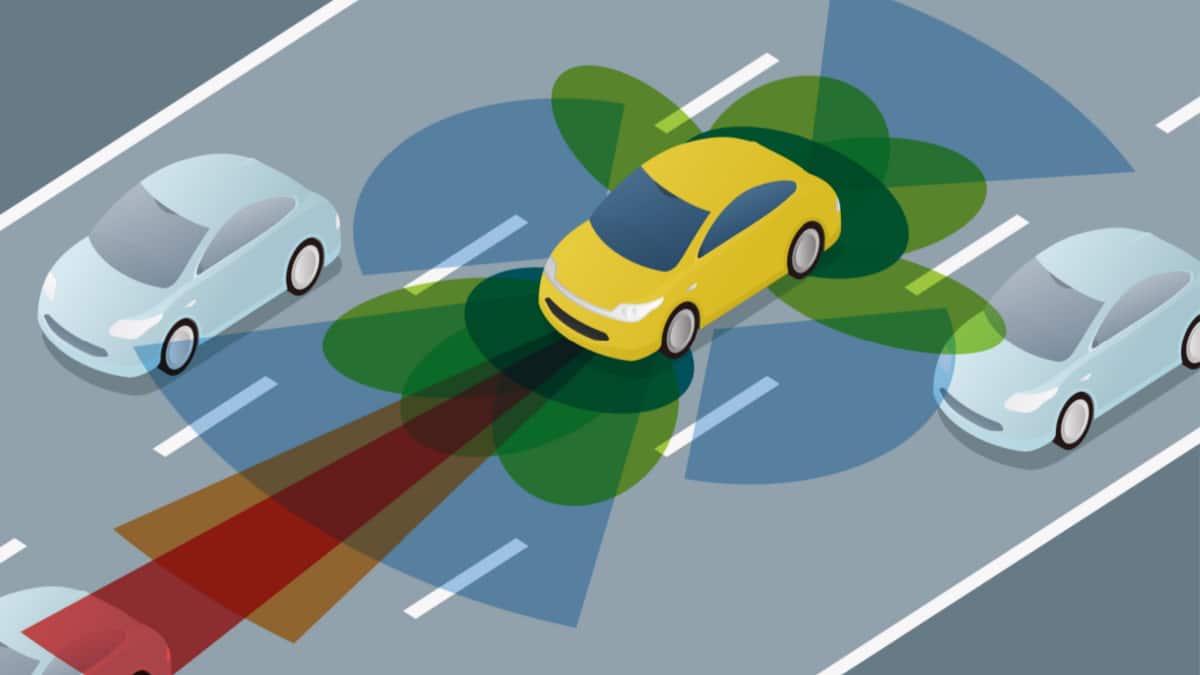 Today’s cars are equipped with advanced safety features that can be difficult to understand if you aren’t familiar with them. One such example is the FCW System.

In this article, we will better define the FCW system for you and tell you where the sensors are located. We also outline the top causes of FCW sensor failure. At the end of the article, we discuss driving with a defective system and the reset or recalibration of the FCW system.

What is the Honda FCW System?

This alert could be an alarm, vibration of the wheel, or a visual warning. If the driver is not reacting to the message, the car can brake automatically, depending on the car model.

With this warning, the driver should be able to react and avoid an accident. However, there are times when the system needs to help the driver by providing gentle steering motions or braking to reduce speed.

What does the FCW System Failed message mean?

The “FCW System Failed” message means the forward-collision warning system has failed in your vehicle. The FCW System is an essential safety feature meant to notify you when a collision is imminent. If the system fails, you won’t be notified of a possible collision.

One of the main reasons that the FCW system fails is because of bad weather. If you are driving in extreme rain or snow, the system might misinterpret this as a possible collision and thereby malfunction.

In this case, the only solution is to pull over and wait for the weather to pass. We recommend turning off the engine for a few minutes to let the system reset.

If you have driven on a muddy road or haven’t washed your car for a long time, it can cause the FCW system to fail. If the camera or radar sensor is covered in dirt or mud, it will not work properly and you will see this error on your dashboard.

Clean your car or the area in front of the camera or radar sensor.

As with any car part, these sensors can wear down over time. That’s why it’s important to have the vehicle regularly inspected and looked at.

Maybe you can’t see any major damage to the sensors, but they still need to be replaced. Someone qualified to work with these advanced safety systems will know what’s going on.

It’s possible for the sensors or camera to fail prematurely or for no reason at all. Even if you have taken care of your vehicle, the sensor can die and malfunction all on its own.

If the sensor or camera detects collisions that aren’t there or it fails and sends you a dashboard message, you want to have it looked at. The only way to remain safe is to fix it promptly.

Sometimes it’s not the sensor that has failed but the software running it. There is software installed to run the FCW system that is prone to failure.

Some automakers can provide an update to correct the situation. Otherwise, it will need to be reprogrammed.

The FCW system can fail if damage has occurred. If you’ve been in an accident, the sensors might have sustained damage that renders them inoperable.

It’s important to have the vehicle looked at after any collision, no matter how small it is. Once you get the okay from a mechanic, you are good to go again.

Where is the FCW Sensor Found?

Each make and model has FCW sensors in various places. In most cases, you can find the sensors in the front of the vehicle since this is where collisions occur.

The sensors can be found near the headlights or in the grille. If cameras are involved in the system, these might be on or near the windshield. You can get more information from the owner’s manual.

Can I Drive with the FCW System Failed Message?

We’ve discussed how important the FCW system is to your on-road safety. If it fails, you are putting yourself and your occupants in danger. You won’t be alerted if there’s a possible collision up ahead, leaving you on your own to navigate the road.

While you can drive without the FCW system working, it’s best not to. We prefer that you have it repaired right away to ensure the safety of everyone around you. However, we also understand that you might need to drive a little bit to get to the service center. During this time, take your time and be extremely cautious since you are driving unprotected.

RELATED: Honda vs Toyota – Which is More Reliable?

To reset the advanced safety system, you will need the help of a professional that has high-tech scanners. Most code scanners aren’t able to reset the system and it can’t be done from the vehicle itself.

The mechanic will use their calibrated tools to turn off the warning light. Once the problem is resolved, the light shouldn’t come back on.

Some people recommended resetting the ECU to reset the system on its own. This would be done by disconnecting the battery for thirty minutes. However, we don’t recommend this method because of the inconvenience it can cause with other systems in your vehicle.

If you’ve had your windshield replaced or a front body part put on, you might need to have the FCW system camera recalibrated. With the help of dynamic or static camera aiming, the system will be good to go once again. This aiming process is done at a professional shop only.

The cameras must be aimed at specific targets according to the factory specifications in the service manual. The auto repair shop will put on the parking brake and turn off both the DRLs and headlights before starting. It must also be done in a garage where natural light sources aren’t interfering.

RELATED: What is Honda’s Econ Button? (When to Use it & When Not)

The cost to repair the FCW system failure depends on what needs to be done. If the sensor simply needs to be cleaned off, you may only spend $75 or so. On the other hand, major failures could quickly add up to $1,500 or more. This isn’t a cheap system to work with.

Not only does it matter what has caused the problem, but your make and model of the vehicle also adjusts the price. A cheap, economical car might not cost as much to repair as a luxury model. Plus, some luxury brands require special mechanics to work on these systems. You would have to visit a particular dealership or another repair shop that is certified to work on your vehicle type.

In some cases, you might be able to perform the repair on your own if you have the right equipment. However, the scanner needed to recalibrate or reset the system is expensive and not something most home mechanics have. For this reason, it might be better to bite the bullet and visit your local repair shop instead.

FAQs about the FCW System

Why is my FCW light on?

If your FCW warning light is on, it means there is a problem with your forward collision warning system. To find out what is causing the warning light, you need to scan the trouble codes with a code scanner and continue troubleshooting from there.

Where is the FCW sensor located?

The FCW sensor is either a camera placed on top of the car’s windshield, or a radar sensor placed behind the lower grille in the front of the car. It depends on the car model you drive and the type of FCW system your car uses.

Can you turn off the FCW System?

Yes, you can turn off the FCW (forward collision warning) system if you’d like. To do so, simply press and hold the FCW OFF button located on the instrument panel for two seconds. If you can’t find the button, check your owner’s manual. Please note that while the FCW system is turned off, you will not receive any visual or audible warnings if someone or something is in front of your vehicle.

Which car models use the FCW System?

There are many car brands with different types of radar collision systems, but the FCW (Forward-Collision Warning) System is Honda’s system. This means you will find the FCW system in most modern honda vehicles and you can also find it in other brands that use Honda’s system.

READ MORE: Are Hondas Good Cars? Are They Reliable?