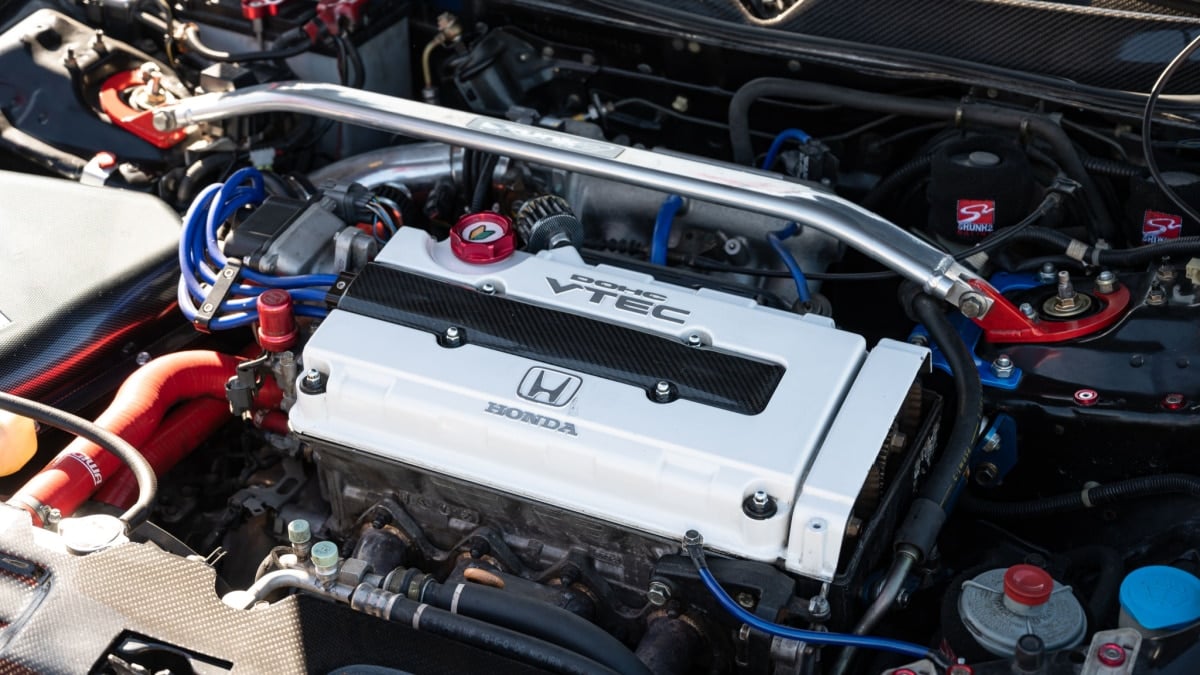 If you have watched any movies about car racing, you might have heard of the Spoon engine. While the racing ability seems unrealistic, the truth is that the Spoon engine is, in fact, real.

In this guide, we don’t just evaluate what the Spoon engine is, but we also explain its benefits. Furthermore, we look at the history behind the name, evaluate what cars have Spoon engines, compare it to the Mugen motor and show you the average price.

What Are Spoon Engines?

The Spoon engine is a motor that’s been specifically modified to increase circuit racing potential. It utilizes unique Spoon parts, all of which are created with an extremely low margin of error because of the high-tech precision. Refining and balancing are all part of creating a high-performance engine.

In the Spoon engine, multiple parts are refined and balanced. These parts include the driveshaft, brakes, throttle body, head gasket, aerodynamic components and gusset plates. With the Spoon engine, the car can hit 11,000 RPMs while competing in a high-speed race.

The main purpose of having a Spoon engine is for the boost in power. Typical cars suffer on some level from inefficiency, loss of power and a delay in delivery. However, that’s not the case with the Spoon engine.

Once the tuning has been completed, the new engine revs much faster, without delay. It also can hit higher RPMs to produce even more power.

By refining the engine, reliability is also increased. Any weakness that previously existed in the components is removed when it’s upgraded.

Additionally, with the power optimized, the engine is meant to last longer. With all of the parts designed to go further, you have fewer repair bills to worry about.

The Spoon Engine is completely refined and balanced. With complete precision, the pistons and rods are rebalanced, thereby ensuring there’s no weight difference reaching over 0.01 grams.

The engine also has the bolts torqued to 0.01 N/M of automaker specs. With a complete rebalancing, the reliability is improved a lot, and everything runs as efficiently as possible.

RELATED: Are Hondas Good Cars? Are They Reliable?

Where Does the Spoon Engine Name Come From?

Many people assume that the Spoon engine gets its name from some unique design or shape, but that’s not the truth. It’s only named this because it was designed by the Spoon Sports Company. This automaker creates high-tech motor parts that build a unique engine.

The Spoon team hand-builds every engine. They are not created on an assembly line, so precision is heavily ensured. For this reason, the only engines that can be deemed Spoon motors must come from the company’s sports complex, located in Tokyo, Japan.

When was Spoon Sports created? Tatsuru Ichishima was once a Honda test driver and he also raced cars. He started by helping to build economical cars that also have potent power for a unique driving experience. His first modification was to a 3rd-Gen Honda Civic Hatchback. He took apart the ZC 1.6-liter engine and boosted it to 230 horsepower. After that, he began racing the Spoon Civic models he created during the Japanese Touring Car Championship Circuit in the late 1980s.

Honda was impressed so deeply by Ichishima’s achievements that the company authored an exclusive deal with him in 1989. That’s when he started the Spoon Sports Company.

RELATED: Honda vs Toyota – Which is More Reliable?

What Cars Can Get Spoon Engines?

The spoon engine is modified from standard engines from Honda vehicles. Although there are a limited number of engines you can buy Spoon parts for, you can modify a Honda Spoon engine to fit any car, with varying amounts of work of course.

The reason for this exclusivity to Honda is because of the Spoon Sports and Honda partnership. You can outfit many Honda cars with the Spoon engine, including some models of the following:

You can check the compatibility of your vehicle by reaching out to the company directly.

There are various motors available and the price will depend on what type of vehicle you are driving. However, as an average, we can look at the Spoon K20A engine, which seems to have a price tag of $10,000+, but that doesn’t include the shipping and handling fee.

This sounds like a lot of money, but it’s worth every penny if you are a circuit racer. You can essentially pick up a junk Honda from the salvage yard for$1,000 or less. With this car, you can upgrade the engine, wheels, suspension and brakes to create a unique race car. With this simple investment, you could easily beat some of the most expensive cars on the race track.

Not only that, but the car would be worth a lot of money when you are done with it. Enthusiasts are willing to spend a lot of money on Honda models with the Spoon engine installed.

On the other hand, many people can find many other things worth spending $10,000 or more on. It would not only make a great investment on a daily driver, but it could be a hefty down payment on a home. For this reason alone, you don’t see a lot of Honda models with Spoon engines installed.

RELATED: What is Honda’s Econ Button? (When to Use it & When Not)

Many people ask for a comparison between Mugen vs Spoon Engines, even if they are not really comparable. Mugen is specialized in F1 and F3 racing cars, while Spoon is more for street racing and road racing cars.

Mugen means “unlimited,” “vast” or “without limit.” Many people replace the meaning to say “unlimited power” instead. The company was founded by the son of the Honda creator. This rival company arrived about the same time as we first saw Spoon, so they have been battling it out for many years.

If you talk to any enthusiast, they will have their preference. Some drivers prefer the power that comes from Spoon while leaning heavily toward the appearance and body kits provided by Mugen. For that reason, it’s important to do your own research based on your unique needs to figure out which one is best for you. Either way, you want to make sure you have plenty of money saved up before you start the modifications. Be prepared to also pay for any repairs that might come down the road.

How much HP does a Spoon engine have?

There is no fixed amount of horsepower that every Spoon engine has, it all depends on the engine type and modifications. However, you can expect to get 250 to 500 hp when you buy a complete Spoon engine.

Yes, you can still buy both Spoon engines and engine parts made by Spoon. If you are looking for an engine that is built to last, then Spoon is the company you can trust.

What car comes with a Spoon engine?

No cars come with Spoon engines from the factory. However, Spoon engines are made for many Honda models so if you are looking for a powerful and reliable engine for your Honda, Spoon is an excellent choice to modify it with.

Are spoon engines any good?

Spoon Engines are incredibly good if you are looking for a motor that has a lot of power and reliability. However, it may be a bit excessive for a regular street car. Overall, Spoon engines are an excellent choice for those looking for a powerful and efficient race car engine.