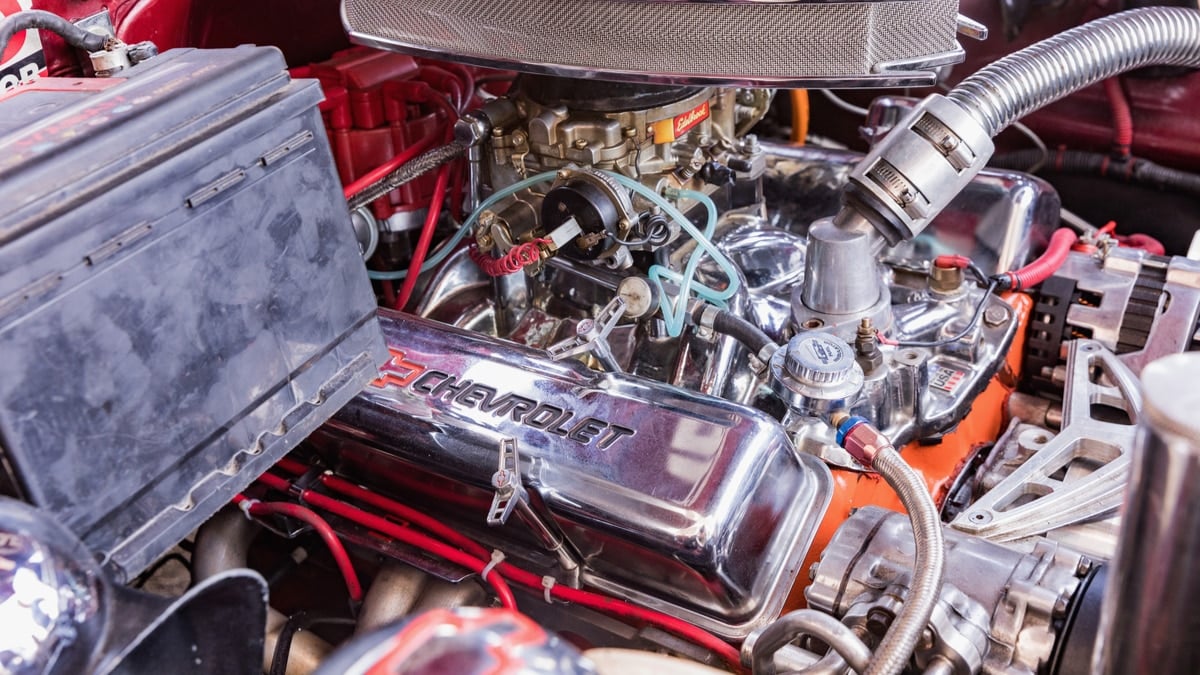 Do you love working on your Chevy 350? If you perform your own maintenance and repairs it’s important to know the firing order of Chevy 350 engines. Because the Chevy 350 firing order can change whether the vehicle runs or not, you don’t want to get it wrong.

In this article, we give you the Chevy 350 firing order and explain the basics of this popular engine. We also explain why the firing order is so important and show you some of the differences between other engines. At the end of the guide, we answer some of your top questions regarding various Chevy firing orders.

What Is the Firing Order of a Chevy 350?

To set up this firing order, you need to figure out when the piston hits top dead center during the compression stroke. It’s vital that the rotor inside the distributor is aligned with the right spark plug terminal for the firing order to work correctly. With the Chevy 350 engine, you start with the first spark plug (#1), located in the distributor cap.

Some small block engines use the High Energy Ignition (HEI) distributor. In this setup, the electric energy moves from the ignition coil directly to the spark plug, working clockwise.

There’s an exception to this firing order with the Chevy 350. LS engines can also be a 350, but the firing order is 1-8-7-2-6-5-4-3. If you aren’t sure how your Chevy engine is wired, it’s best to reference the information found in your service manual. Even if you think you are sure, double-checking won’t hurt.

Chevy 350 engines are 350 cubic inches or 5.7-liter. All of these engines are a small block V8 that contain a 4.00-inch bore and 3.48-inch stroke. Horsepower ranges from 145 to over 370, depending on the make, model and year of the vehicle. It can also push out up to 380 lb-ft of torque, making it a great choice for towing. However, fuel mileage is never a strong suit of this V8 engine.

GM relies on the use of RPO (Regular Production Option) codes that identify the engines. You can find the 350 code stamped onto the cylinder head, probably on the passenger side of the vehicle. However, the alternator may conceal it, requiring a little more effort. Most of the engine codes begin with an L, such as the L31 or L46, but some have other designations, such as the ZQ3.

What is an Engine’s Firing Order?

The firing order shows the sequence of when the spark plugs fire. The engine can’t run correctly without a firing order. If you have the firing order correct, the engine will run exactly as it was intended. Otherwise, the ride could become rough or it could cause the engine not to run at all.

Using our 1-8-4-3-6-5-7-2 firing order, it’s clear that the first spark plug to fire will be #1. After that, #8, #4, #3, #6, #5, #7 and #2 will all follow in order. This order of ignition helps to create the spark where it is needed. As the combustion pressure causes the pistons to move in a downward motion, the transmission gears and crankshaft also move in time. This movement is what creates the forward or backward motion needed to go somewhere.

What Makes the Firing Order Important?

One would think it wouldn’t matter how a car’s spark plugs would fire, but it must be done orderly or there could be problems. The sequence of the cylinders is important to both the fuel economy and performance of the motor. It can also impact the engine’s emissions.

If the cylinders didn’t fire in the right order, unburned fuel would come out of the engine. Depending on how severe the condition is, the improper fuel and air ratio would also lead to a no-start situation. At the very least, you are going to notice serious performance issues.

The majority of small and big block Chevy firing orders are the same. With both, the most likely firing order will be 1-8-4-3-6-5-7-2.

The small block engines following this firing order include the following models:

On the other hand, you can also find the firing order with the big block engines. Some of these include:

With both these small and big block engines, you get a powerful V8. All of these motors are designed to pump out maximum power for an enjoyable ride.

So, what is the difference between the small and big block Chevy? The size is the primary difference. Big block Chevy motors are bigger than the small block. It will also weigh more, but it can create more power.

The Chevy 327 was placed in cars from 1962 until 1969. In the final year, it was included as the standard V8 in all full-size models, helping to reduce the cost over the 307 V8 found in the Camaro, Nova and Chevelle.

The 5.3-liter Chevy engine is a newer model. For this reason, it features a different firing order from the 350.

The High Energy Ignition (HEI) distributor cap is newer technology. This distributor sends the voltage from the ignition coil to the plug.

What If the Firing Order of a Chevy 350 is Wrong?

If you misroute the spark plugs on an older engine that has a distributor, the motor could misfire, run poorly or fail to start. If you’ve just changed the plugs or wires and face performance issues, it’s possible that the firing order is set up incorrectly. Avoid this problem by replacing one plug and wire at a time.

How Do I Fix the Wrong Chevy 350 Firing Order?

If you’ve set up the firing order of a Chevy 350 wrong, you need to fix it before you are able to drive normally. Rotate the crankshaft by hand until the timing mark lines up with the Top Dead Center (TDC) indicator on the timing cover. Take off the distributor cap and make a note about where the rotor points. It needs to be facing the number one terminal on the cap. If not, rotate the crankshaft again to turn the rotor until it reaches the number one position. Trace each wire and ensure it connects to the proper spark plug.

Where is the Number 1 on a Chevy 350 Distributor Cap?

Where Can I Find a Chevy 350 Firing Order Diagram?

To help you identify the proper firing order for your Chevy 350, we’ve included a diagram. However, there are other places to find the information if you need it. Look in your Chevy service manual or do a quick search online to find the appropriate firing order.

The benefit of having newer cars with an coil over plug design is that you no longer have to worry about firing orders. Still, if you love your Chevy 350 and you don’t mind working on it, knowing the correct firing order is sure to save you a lot of trouble. The majority of firing orders for a Chevy 350 are 1-8-4-3-6-5-7-2, although a few can be different.

For this reason, it’s best to reference the information found in your Chevy’s service manual. Because using the wrong firing order can lead to a world of trouble, you don’t want to make any mistakes. Make sure your engine runs as it should by hooking up the distributor with the right Chevy 350 firing order the first time. If you need more help, talk to your local auto repair shop.