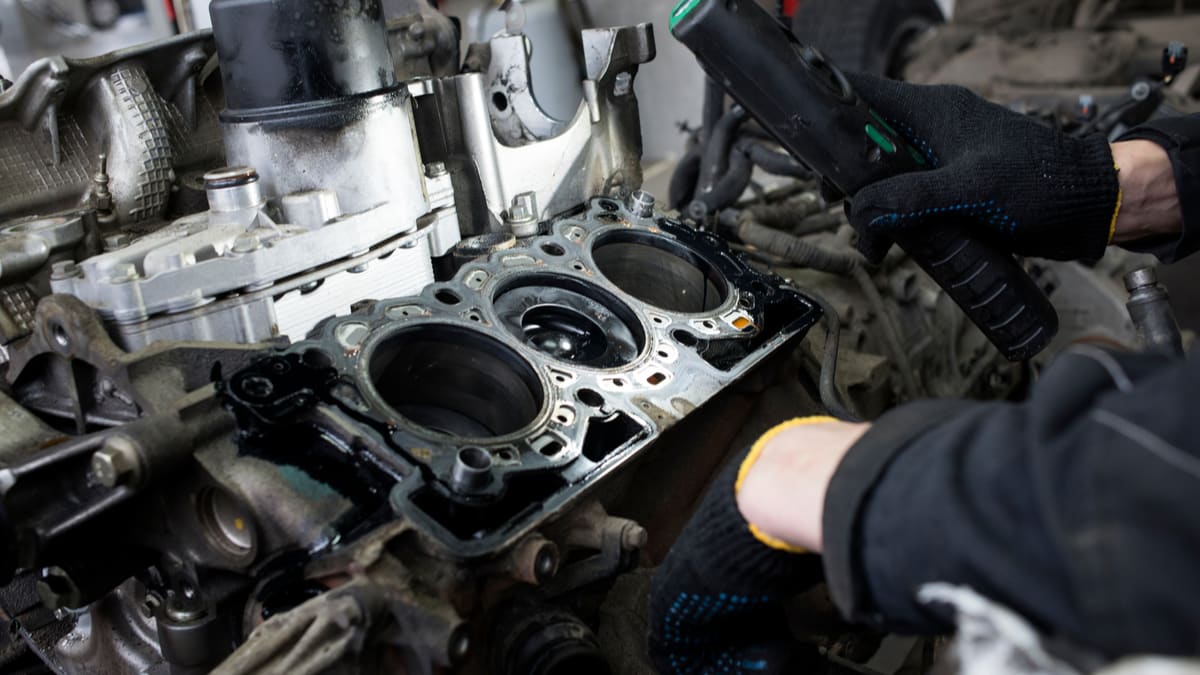 When you purchase a vehicle, you are faced with the decision between the V6 vs. V8 engine. While both of these motors have a lot in common, there are some significant differences that need to be addressed. Both of the engines are going to work the same way, with gasoline igniting inside to create propulsion.

Inside the engine cylinders, the explosions create rotational movement, which converts the engine into a mechanical force to drive the vehicle.

However, that’s where the similarities between the two engines end. We look closer at the V6 and V8 engine to see what each one offers and which is best.

What are the differences between a V6 and V8 Engine?

While this is just a quick answer, there is much more to it. Keep on reading to find out everything you have to know about this!

What is the ‘V’ in Engine Terminology?

Auto manufacturers create many different types of engines by creating a particular size and number of cylinders. The way the cylinders are designed in an engine can be in a ‘V’ shape, which is why they are called V6 and V8 engines. Inside the V-type motor, you will find the cylinders arranged among two symmetrical rows.

In the V6 engine, you will find two rows containing three cylinders each, while the V8 contains two rows of four cylinders each. Both of the engine types are well balanced and created for optimal performance. You can find either one in some of your favorite sports cars or pickup trucks because of what they can produce.

If you have been considering buying a vehicle with a V6, you can expect several benefits.

Upgrading to a V8 engine from a V6 won’t make a dramatic difference in horsepower. For example, a 2021 Ford F-150 with a twin-turbocharged EcoBoost V6 produces 325 horsepower, while the available V8 engine only bumps that to 400 horsepower.

While that is a slight increase, it might not be worth the additional price to most consumers. For everyday driving, the V6 is going to provide more than enough power to get the job done. Plus, it offers more than the standard 4-cylinder while providing a more compact design.

It’s become clear that modern vehicles do not need to have a powerful V8 engine to tow a lot. In fact, the 2021 Ford Expedition includes a 3.5-liter twin-turbocharged EcoBoost V6 engine that can tow up to 9,300 pounds.

This is the highest rating in its class, all without a V8 engine. You also can’t find the same type of towing capacity out of a 4-cylinder engine.

The V6 engine weighs less than the V8 engine. While it does create more stability, you will notice a bigger difference while navigating corners, turns and curves. With two fewer cylinders, you get the performance you need without the added mass.

While the V8 engine might try to drift more during a turn, the V6 can corner nimbly. This is an important feature whether you are speeding down a country road in your sports car or taking the kids to school in your large SUV.

The majority of V6 engines will burn through less fuel than the larger V8. This fuel savings means you spend less time at the pump and get to keep more money in your pocket.

Aside from the fuel savings, you will also pay less to drive a car with a V6 engine. It costs less to manufacture, which is why it will almost always have a lower starting price than the same car with a V8.

Plus, your cost of maintenance is reduced. With fewer cylinders, you have fewer parts to replace and less that could go wrong.

However, there are several advantages that the V8 has to offer over the V6.

Even though we’ve shown that many of the modern V6 engines can provide nearly the same amount of power as the V8, they can’t compete with the maximum capacity of the larger engine. You will be able to get the most power from a V8 engine.

Take the 6.2L HEMI High-Output Hellcat Redeye V8 engine that outputs 797 horsepower as an example. This is power that no V6 engine can stand toe-to-toe with.

The V8 is designed for being pushed. When you step on the gas pedal, you can expect a quick response and access to the power you need.

Not only will the V8 engine have a higher top speed than a comparable V6, but it is better equipped to produce faster acceleration times. For example, the 2021 Chevy Camaro with the 3.6-liter V6 has a 5.4-second 0-60 mph time, while the 6.2-liter supercharged V8 offers a 3.5-second 0-60 mph time.

If you plan to consistently haul heavy goods, you will likely find that the V8 engine offers better performance. It’s meant to hold heavy loads with ease.

The V8 engine won’t be as strained as the V6 engine when the cargo hold is full. Even with the majority of V6 upgrades, you will find V8 engines often have a higher payload capacity.

After looking at the pros and cons of the V6 vs. V8 engines, you might already know which is better for you. To determine which will fit your needs the best, you must determine what you plan to use your vehicle for.

If you want the lowest price possible while creating superior handling, the V6 might be best for you. It also helps you save money at the fuel pump. However, if you plan to do a lot of heavy hauling, the V8 might be better for you. Plus, it’s an ideal choice if you are looking for the maximum speed in your sports car and aren’t worried about the price.