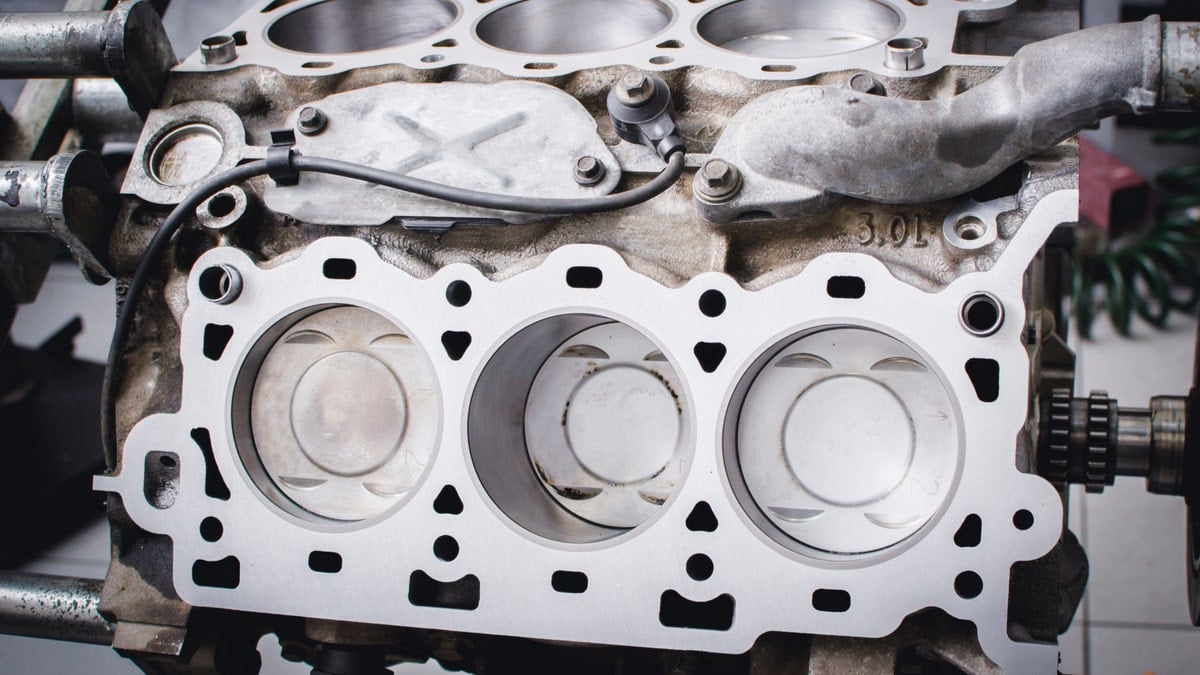 If your motor is experiencing a lot of trouble, it might be time to rebuild it. However, this isn’t a step many people will take lightly, especially when considering the cost to rebuild an engine. So, how much does an engine rebuild cost?

On average, the rebuilt engine costs $2,000 to $4,500. The price depends on what type of car you are driving and where you take it to get rebuilt. However, the cost is much lower than what you would spend if you were going to get a new engine installed.

We look at the factors that affect the engine rebuild cost. We also show you some signs that it might be time to consider this repair.

The type of car you drive has a profound impact on the cost of rebuilding the engine. If you drive a car with a small four-cylinder motor, you are going to spend far less than if you have a big V8.

For example, you might only spend $2,000. Not only will fewer parts be needed, but there is less labor involved.

With a simple rebuild, the bearings and seals will need to be replaced. If there is no other major damage, that might be enough to get you back on the road.

However, severe issues can quickly add to the cost. For example, if the motor has a scored crankshaft or the cylinder head is beyond repair, you could quickly spend much more money. At some point, it might be time to think about an engine replacement instead.

The price spent for a rebuild in the country is going to be far less than one done in a major city. Additionally, you need to think about the type of shop you visit.

If your cousin’s friend is rebuilding the engine, you will spend less than if you go to a dedicated engine shop. Considering an engine rebuild will take anywhere from ten to twenty hours, the big grunt of the bill is spent on labor. Even a $25 an hour difference can quickly add up, but are you willing to trade the expertise for a lower price?

RELATED: How Much Does it Cost to Replace a Car Engine?

When the engine starts making knocking or rattling sounds, you know there is serious trouble ahead. Both of these sounds indicate some major problems.

Listen closely to the engine while it is idling. If you hear the noises faintly, you might still be able to repair the problem. However, letting the situation get worse only spells trouble. If the bearings wear or an internal component breaks, a rebuild might be necessary.

Are you hearing a clattering sound when you step on the accelerator? The pistons could be moving too much inside the cylinders. The mechanic refers to this condition as Piston Slap. If you get it repaired right away, you might be able to avoid an engine rebuild, but you don’t want to wait.

However, this sound can also happen if the timing belt or chain breaks. Have the engine inspected at the first sign of trouble to reduce your repair costs.

RELATED: What is Piston Slap? (& Why Does it Occur)

There’s never a reason to see coolant in the oil or vice versa. If they are mixing, there’s an internal malfunction that must be dealt with.

In most cases, seeing a mixture of the two indicates that the head gasket has blown. However, it can also point to a damaged cylinder and an engine block crack. All three will require serious engine repair. Still, there are times when fixing a blown head gasket won’t require rebuilding the entire engine, but it can still be quite expensive to deal with.

RELATED: Oil In Coolant Reservoir? (Should I Worry?)

If the engine won’t turn over, your first thought isn’t that the engine has seized. Instead, you are thinking about replacing the battery or checking for ignition system faults. However, it could be a seized engine, especially if you haven’t been taking care of it.

When you try to start a car with a seized engine, nothing is going to happen. However, all of the electronics will operate normally. Instead, the starter is going to simply click when the key is turned. You might also smell a burning smell from the motor.

Sometimes, the first sign that there is oil entering the combustion chambers or coolant infiltrating the oil is a thick smoke coming from the tailpipe. If the smoke is blue, you are dealing with infiltrating oil, while white smoke indicates coolant is going where it shouldn’t.

Most likely, the head gasket has blown or you have a cracked engine block. Either way, you are looking at a hefty engine repair bill.

It might seem more appealing to put a new car engine into your vehicle. After all, the engine replacement is going to have all new parts and a factory warranty. The engine will also operate just like it did when your car was new, giving it plenty of more life.

With the brand-new engine, you need to expect to pay more. You will spend the higher end of a rebuilt engine, if not more. Some engines that are more powerful can exceed $10,000, which might be more than your vehicle is even worth.

On the other hand, the rebuilt engine is completely overhauled to ensure a longer lifespan. It’s been taken apart and inspected for damage. Anything that’s defective is refinished, repaired or replaced with new components. It’s the same as a new engine, in part.

It takes some expertise to rebuild an engine. You won’t be able to take your vehicle to just any garage. You also have to trust the mechanic that’s working on it. After all, you don’t want to spend a ton of money and have the engine fail because it wasn’t done properly.

A remanufactured engine is also an option. While it’s not new, everything inside has been replaced, so it operates in factory condition. These can cost more than a rebuilt engine but are more cost-effective than a new factory engine.

RELATED: Repair or Replace Your Old Car? (8 Things To Consider)

How is an Engine Rebuilt?

The rebuilt engine requires that all defective parts are removed and replaced. The process looks different on each engine, depending on what the problem is. In general, these are the steps the technician will take.

Ask the mechanic how the engine rebuild is done at their shop before you commit to having any work done. It’s important that you feel comfortable with the work that will be performed.