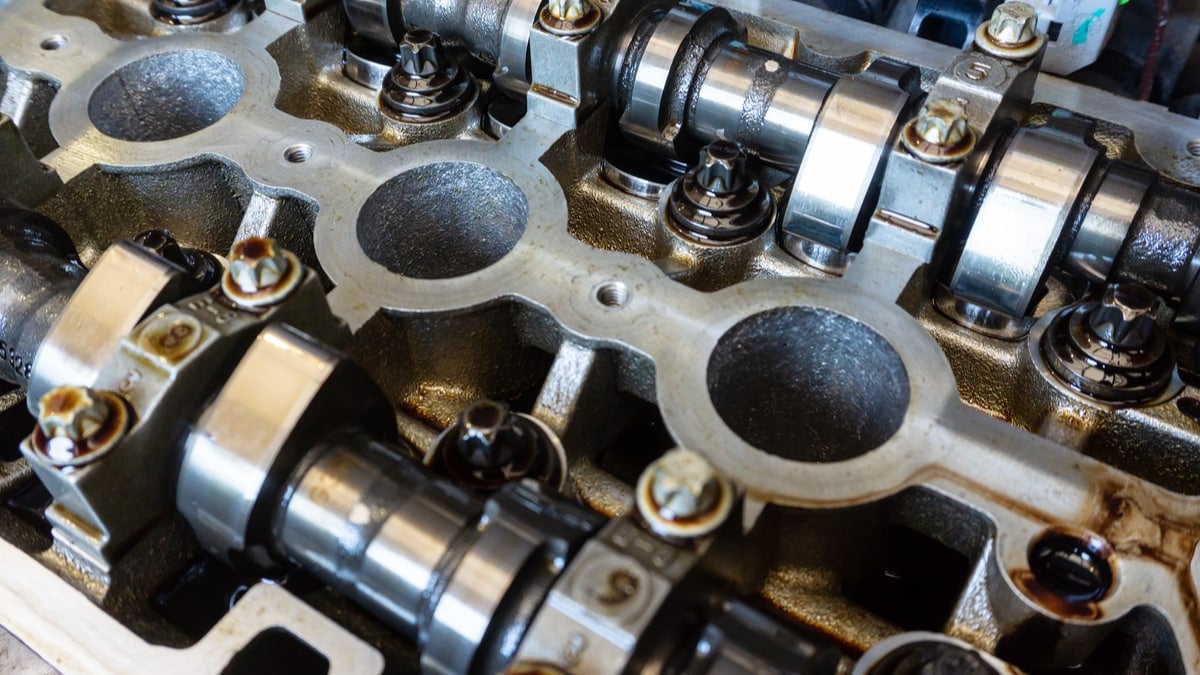 It can be difficult to understand all of the relevant car terms, especially when they have to do with the engine. Unless you are an experienced mechanic, you probably don’t know all of the differences between today’s engines. For example, you’ve probably heard about both the DOHC and SOHC, but what do these terms mean?

In this guide, we discuss what the camshaft is, so you can have a better understanding. We also talk about the main differences between the two engines. Among these differences, we also outline the pros and cons of each design.

Plus, we evaluate which option is the better choice when looking at fuel efficiency, maintenance, performance, price and smoothness. If you aren’t sure what type of engine is in your car, we show you how to discern what’s under the hood. At the end of our article, you get answers to big questions.

Table Of Contents show
What Is The Difference Between a DOHC and SOHC Engine?
Single Overhead Cam Setup
Dual Overhead Cam Setup
What Is A Camshaft?
SOHC vs. DOHC – Which Is The Better Choice?
1. Fuel Efficiency
2. Maintenance Costs
3. Performance
4. Price
5. Smoothness
How Do You Know If You Have SOHC or DOHC?
Frequently Asked Questions
Is SOHC more fuel-efficient than DOHC?
Is a SOHC or DOHC engine faster?
Does DOHC mean Turbo?
Are DOHC engines reliable?
Conclusion: DOHC vs. SOHC Engine

What Is The Difference Between a DOHC and SOHC Engine?

There’s more to evaluate aside from how many camshafts are in each cylinder head. When evaluating the SOHC vs. DOHC engine, we have several factors to consider.

Let’s start by looking at the basics of each engine type.

The single overhead camshaft (SOHC) motor contains a single camshaft in the cylinder head. Depending on what type of motor it is, the camshaft activates the cam followers or the rocker arms to open the intake and exhaust valves.

If the SOHC engine has a flat configuration or is in a V, it contains two cylinder heads. Each of these contains a camshaft.

The dual overhead cam (DOHC) engine contains two camshafts in each cylinder head. The first camshaft runs the intake valves and the other is in charge of the exhaust valves. With this design, there’s room to include four valves per cylinder or more, usually two for the intake and two for the exhaust.

The majority of DOHC motors have lifter buckets or cam followers that help the camshafts open each of the valves. If the DOHC engine contains two cylinder heads, there will be four total camshafts, two with each cylinder head.

What Is A Camshaft?

The camshaft is part of the engine responsible for opening and closing valves. The camshaft handles both the intake and exhaust valves. It must open and close these valves in a synchronized and precise sequence.

The shaft contains small bulges that activate the opening of the valve. With this operation, the engine receives the air it needs and it can expel the necessary exhaust.

The camshaft is constructed from cast iron alloy or hardened steel. What forces the camshaft to rotate? There’s either a timing belt or chain that’s responsible for this operation. The timing belt is connected to sprockets at the front of the crankshaft and the car’s camshaft, so they work in harmony. As energy is sent to the crankshaft, it forces the camshaft to move, thereby opening and closing the necessary valves.

SOHC vs. DOHC – Which Is The Better Choice?

You may wonder which motor configuration is better between the DOHC vs. SOHC. It depends on what factors you examine. To help you decide, we look at five important distinctions between the two engine types.

Overall, it seems that the DOHC engine is a better option unless you need something cheap and simple.

It’s difficult to determine fuel efficiency based on SOHC and DOHC alone because both can be efficient. It all comes down to how the engine was designed.

Yes, the SOHC engine contains fewer moving parts, which reduces the overall weight. This alone can lead to better fuel economy. However, the DOHC engine has improved airflow and more control over the engine, making the vehicle efficient too.

It’s better to look at fuel efficiency based on the manufacturer. For example, Honda has some insanely efficient SOHC engines, while Toyota is known for making quality DOHC motors. Efficiency is rated based on how the automaker configured the rest of the engine around its valves and camshafts.

For the most part, the maintenance costs of the SOHC engine will be lower than the DOHC. In a DOHC engine, there’s a complex belt or chain drive system included, which adds to the expenses. Plus, with double the camshafts, there are more valves to consider. With more parts comes more trouble too.

SOHC engines are less complex. The engines are also cheaper to manufacture, making them easier to rebuild if something happens.

There are multiple reasons that the performance of the DOHC motor is better. For one, there is double the amount of valves. This design allows for the ideal configuration for performance. With a minimum of four valves, there’s better airflow, allowing for a more powerful ride.

Valve timing is also efficiently optimized in the DOHC engine. Timing is a critical factor when determining the performance of a vehicle. Newer DOHC engines contain variable valve timing to further enhance the activity.

Additionally, the spark plugs on the DOHC motor are found in the middle for streamlined performance. What you find is better ignition and a boost in performance.

It isn’t difficult to figure out which one of the two options is going to be more expensive. The SOHC engine has a single rotating cylindrical rod regulating both the intake and exhaust of the gases. This simple design is going to be much cheaper than the more complicated DOHC engine.

Just knowing that the DOHC engine has double the valves should be enough to determine how much more it costs to build. This cost isn’t absorbed by the manufacturer. Instead, it is passed on to the buyer in the MSRP.

Beyond the initial sale, these two designs also have a lot to do with prices. If something needs to be repaired on the DOHC motor, it’s going to cost a lot more because of the complicated design.

The DOHC engine equally distributes the operations, allowing for smoother performance. It is also known for creating less noise and for enhancing the ride for most passengers.

How Do You Know If You Have SOHC or DOHC?

You don’t need to be an engine expert to figure out what type of motor you have. All you need to do is pop open the hood and take a look at what’s underneath. By looking at the top of your engine, you can learn a lot.

If the engine looks narrow and tall, with the hump toward the front for the cam drive sprocket, you likely have a SOHC motor. On the other hand, if the engine is wide and contains two humps, it is most likely a DOHC motor.

There are also ways to tell what kind of engine it is without looking under the hood. You can start by doing a VIN search online with the year, make and model. The engine specifications should be easy to find. You can also look in the car’s service manual to see what type of motor it is. When in doubt, give a call to the dealership. By giving the service department the VIN, they can look up the specifications for you.

Is SOHC more fuel-efficient than DOHC?

Is a SOHC or DOHC engine faster?

The DOHC engine is better equipped for performance. With the improved airflow design and efficient configuration, you can expect more power to come from these engines. However, this performance comes at a cost as the DOHC is more expensive to manufacture, which gets passed on to the customer.

No, the DOHC engine has nothing to do with turbochargers. The dual overhead cam (DOHC) engine has two camshafts in each cylinder head. The first camshaft runs the intake valves, with the other running the exhaust valves, allowing for better airflow and performance.

The SOHC and DOHC can’t be judged on reliability simply because of the configuration. However, DOHC engines have more moving parts involved, so there’s more that could go wrong. Additionally, trying to repair the DOHC engine can be more complicated and costly than working on a SOHC engine.

Most of today’s car engines are either a SOHC or DOHC design. Choosing between the single or dual overhead cam comes down to various aspects to consider. While the SOHC engine is more cost-effective and easier to maintain, it’s not going to pump out the same level of power as the DOHC engine. Efficiency is also a factor to consider, but this falls more on how the automaker creates the engine and what technology is included.

Understanding these differences helps you determine which engine is the right option for your next car. If you are looking to save money and you want to work on the engine yourself, you might do better choosing something with a SOHC motor. On the other hand, for maximum performance and a smooth ride, the DOHC is the motor you would prefer.