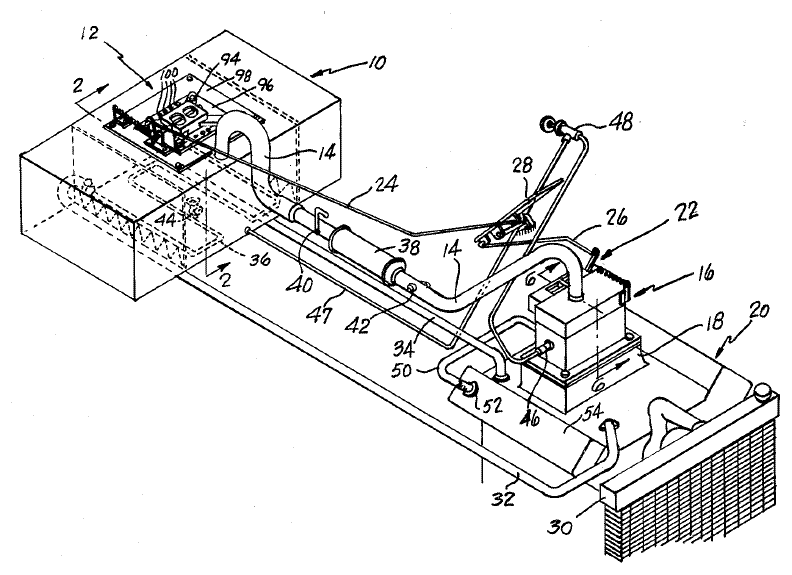 Going green might seem like a concept that has gained traction the past few years, but there have been many activists from years gone by that have made a difference, especially in the automotive world. One such pioneer is Tom Ogle. You might be wondering what the Tom Ogle engine is and how it affects you, so we plan to cover it all.

In this article, we discuss the life of Tom Ogle and look at his engine design. We will also look at the benefits and downfalls of this innovative engine.

What is the Tom Ogle Engine?

The Tom Ogle engine is a very fuel-efficient engine without a common carburetor, invented by Tom Ogle in the year 1977. It says it was able to achieve 100 mpg at normal speeds, which was quite incredible.

In a typical engine of this time, a carburetor was included. This simple component works in conjunction with the fuel system to keep the engine running. The carburetor uses the engine’s vacuum to get air into all of the cylinders.

The Tom Ogle engine doesn’t use a carburetor. However, at first, the system was dead in the water. In fact, it only achieved about 20 mph with a fuel economy rating of 8 mpg. Tom recognized that the fuel tank was frozen in the form of ice cubes because of the vapors entering the system. To counteract this dilemma, he added heating coils to the fuel tank. Once that was done, the car was able to achieve 100 mpg at normal speeds.

After he proved his concept, every investor in the arena wanted a piece of it. The Tom Ogle engine was destined to become the next best thing.

Who is Tom Ogle?

Tom Ogle’s full name is Thomas Hans Werner Peter Wolfgang Dinglestadt Ogle, but it’s probably best to keep it simple. Ogle was a mechanical engineer who accidentally made an amazing engine discovery while working with his lawnmower. He found that with a vacuum line, he could run the lawnmower without the carburetor.

Once this part was eliminated, the lawnmower ran for hours upon hours, up to 96 hours at a time. That’s what sparked the idea to run an engine without a carburetor.

For many years, Tom continued to test and experiment with different ways to run an engine without the carburetor, but many of his attempts were unsuccessful. That was until 1977 when Ogle was 23 years old. He created a tool that completely replaced the vehicle’s carburetor. Plus, the engine could run 100 mpg with this configuration.

Initially, there was a lot of skepticism in the automotive world when the innovation was brought to light. Critics looked for every way they could to downplay the achievement. But, the efforts were a waste of time. Tom became well-known for his amazing invention.

Probably the most important benefit to the Tom Ogle engine is how it benefits the environment. With less fuel needed, there are bound to be fewer emissions as well.

In the race to find the most fuel-efficient gas-powered vehicle, the Tom Ogle engine would be a huge success. The ratings even beat that of many hybrid vehicles.

There are numerous ways to save money with a Tom Ogle engine. First, you would be spending less money at the fuel pump, making this a great commuter motor.

Additionally, tax credits are often offered with hybrid and fuel-efficient vehicles. If the Tom Ogle engine could qualify for these incentives, people could put more cash in their pocket.

The Tom Ogle engine is said to be durable and reliable. With less servicing, it’s only natural that the resale value on these vehicles would rise.

With depreciation taking a chunk of change from every person that sells a used car, this could be a selling feature. After all, people will spend more on a car that benefits the environment.

When a car is designed to be fuel-efficient, the styling is generally an afterthought. That would likely be the case with any Tom Ogle engine vehicle.

If manufacturers were focused on getting the full 100 mpg out of the motor, the focus wouldn’t be on making the car look great. Instead, it would be about weight and aerodynamics.

With a supercharged V8 or twin-turbo V6 under the hood of a car, you can expect maximum speed and acceleration. However, that’s not the case with a fuel-efficient engine.

Engines, like the Tom Ogle motor, are not going to offer a ton of horsepower and torque. The speeds are going to be tame to keep efficiency at its best.

While there are many ways to save money with the Tom Ogle engine, it could also come with some hidden costs. Sometimes, the parts of hybrid and alternative fuel engines cost more than the average motor.

In addition, finding the right technicians could prove to be a challenge. Most mechanics are not trained on the Tom Ogle engine, so you would need to pay a premium for any work that is performed.

What Happened to the Tom Ogle Engine?

There was so much focus on the Tom Ogle engine in the late 1970s and early 1980s, so when did all of the excitement die down? Tom’s life became a mess when his wife left him and his career tanked. In 1981, it was said that an assassin tried to kill him, but the attempt was unsuccessful. It appears that big oil companies were not fond of his new invention.

Following the shooting attempt, Ogle died anyway. That’s when the invention died with him. Nothing ever materialized from his concept, even though there were plenty of investors ready to move forward. Imagine what the world would look like if the world had adopted the Tom Ogle engine in the 1980s.