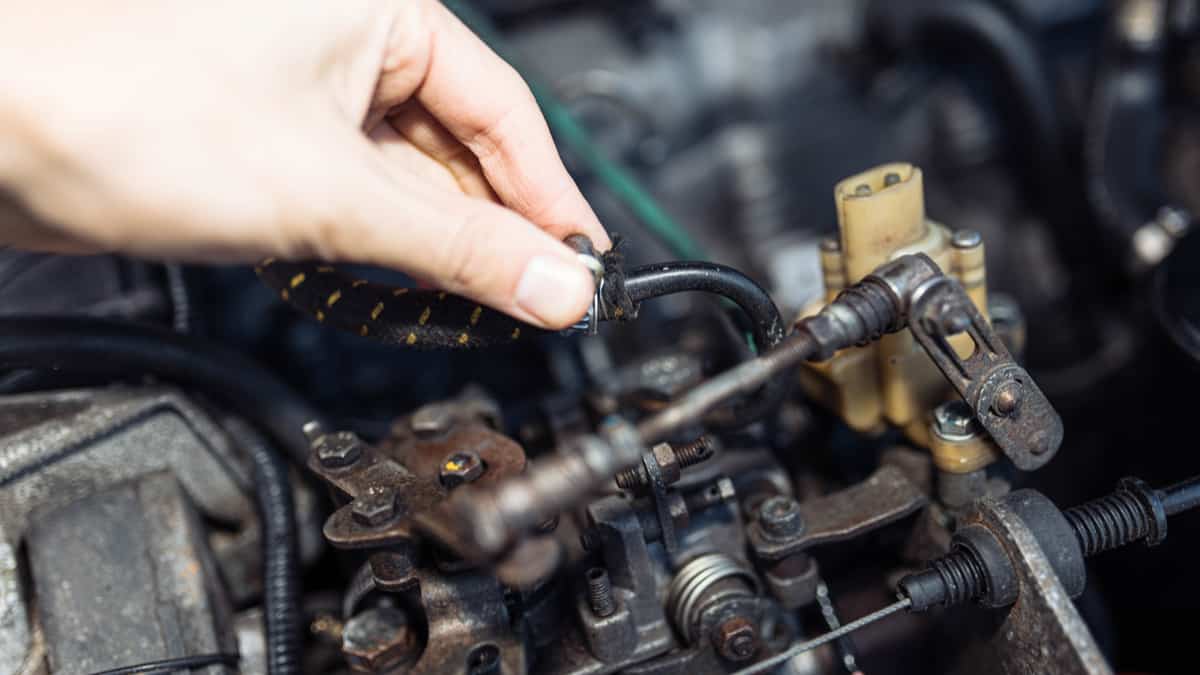 It wasn’t that long ago when vehicles were equipped with carburetors that easily suffered from vapor lock. However, the modern fuel-injected motor rarely suffers from the vapor lock phenomenon. What is a vapor lock and why should you care?

If you are still driving a carbureted car, you want to avoid the vapor lock situation. It can cause numerous problems leading to trouble starting and driving the vehicle.

What is a Vapor Lock in a Car Engine?

A vapor lock occurs when the liquefied fuel gets too hot and vaporizes. With vaporized fuel in the system, it starts to run lean, preventing the proper amount of gas from reaching the engine. Vapor lock most often happens with older models that contain a carburetor and mechanical fuel pump.

The reason carbureted vehicles suffer the most is because of the setup. Overall, it runs at lower pressure and the pump is found away from the gas tank, creating more space for a vapor lock to occur.

With the fuel-injected engine, the pump is found in the gas tank. The pump runs cool because it is in the fuel and the system remains pressurized, ensuring there is less likelihood of a vapor lock.

What Causes A Vapor Lock?

Vapor lock is caused when your car’s fuel gets too hot and vaporizes. If the outside temperature are high or the engine is running at higher temperatures and the fuel lines are routed too close to the exhaust, a vapor lock can occur.

It can also happen when driving at higher altitudes or if you run a winter fuel blend in your vehicle once the weather gets warm.

The most common symptom of a vapor lock is a hard starting engine. You may also notice issues like a misfiring engine or performance issues like slow acceleration or rough idle.

Here is a more detailed list of the most common symptoms of a vapor lock:

The engine needs several things to run correctly, one of which is fuel. The engine requires a perfectly balanced air-to-fuel ratio to run correctly. This combination works with the compression and spark to get the motor running.

If the vehicle suffers from a vapor lock, it will create an interruption to the fuel delivery. Without the right amount of fuel, the engine can be hard to start. You might notice more trouble when you try to start the vehicle after it has been warmed up.

After the engine is running, it still needs the right air-to-fuel ratio to remain working as intended. However, a vapor lock interrupts this supply, causing the engine to run lean.

When an engine runs lean, it is susceptible to misfiring because of the incomplete combustion taking place. Not only will the engine run rough, but it could stall in bad vapor lock situations.

When the engine doesn’t get enough fuel, it’s referred to as being starved. Just as we don’t perform well without food (fuel), the car isn’t going to run correctly without its power source.

Vapor lock situations lead to poor acceleration and hesitation, even if you are pushing hard on the gas pedal. You might also notice a drop in fuel efficiency because of the malfunctioning operation.

1. Use a Heat Shield

Heat shields don’t cost a lot and can be simple to install. This aftermarket accessory keeps the heat away from the fuel lines and other fuel-related parts.

In general, it’s the chosen method when trying to prevent vapor lock. Plus, you can use excess material on other parts of the vehicle. Use heat shields where possible to protect the fuel lines.

With an aftermarket electric fan, you can help reduce the risk. With cooling fans running automatically, you can effectively lower the engine heat.

Because we know that this heat leads to vapor lock, any way to reduce it helps. Plus, if you can keep the fuel lines cooler, the engine should keep running as it should.

If you put a low-pressure electric fuel pump in the system, you can help prevent vapor lock. When the original mechanical fuel pump gets too hot, it’s time to make some modifications to the system.

This isn’t an easy step and might require the help of a qualified technician to get the job done. However, it should reduce the heat from the system, thereby preventing vapor lock.

The fuel line gets blocked because of the excessive heat, preventing fuel from entering the chamber. If you add a new fuel line, you might be able to avoid the problem.

When you add a new fuel line, you want to make sure it has as much insulation as possible. After all, changing it out with the same fuel line isn’t going to solve anything.

5. Use a Longer Carburetor Fuel Line

Installing a longer line from the fuel system to the carburetor can also help. A longer line takes more time to heat up, so the longer, the better. Don’t forget to insulate it as well.

If the line doesn’t heat up, the fuel won’t vaporize and get blocked up. This step can keep the engine running better and more efficiently.

For the most part, you can fix a vapor lock situation without the help of a professional repair shop. Start by putting cold water on the fuel lines and fuel pump. Make sure the ignition is off. As the pump and lines cool down, the fuel condenses back into liquid form, making it easier to start the engine.

You can also turn the key on and try to start the vehicle while you push down on the gas pedal. However, you don’t want to push the pedal all the way to the floor, or you will send an excessive amount of fuel into the system, further making it difficult to start.

You should also keep the accelerator down until you get the vehicle running normally. At first, the engine might sputter when it gets started, but you should hear additional smoothness as the vapor lock gets cleared up.

If you continue to deal with a vapor lock situation and can’t figure out how to repair it, you should consult with a professional.