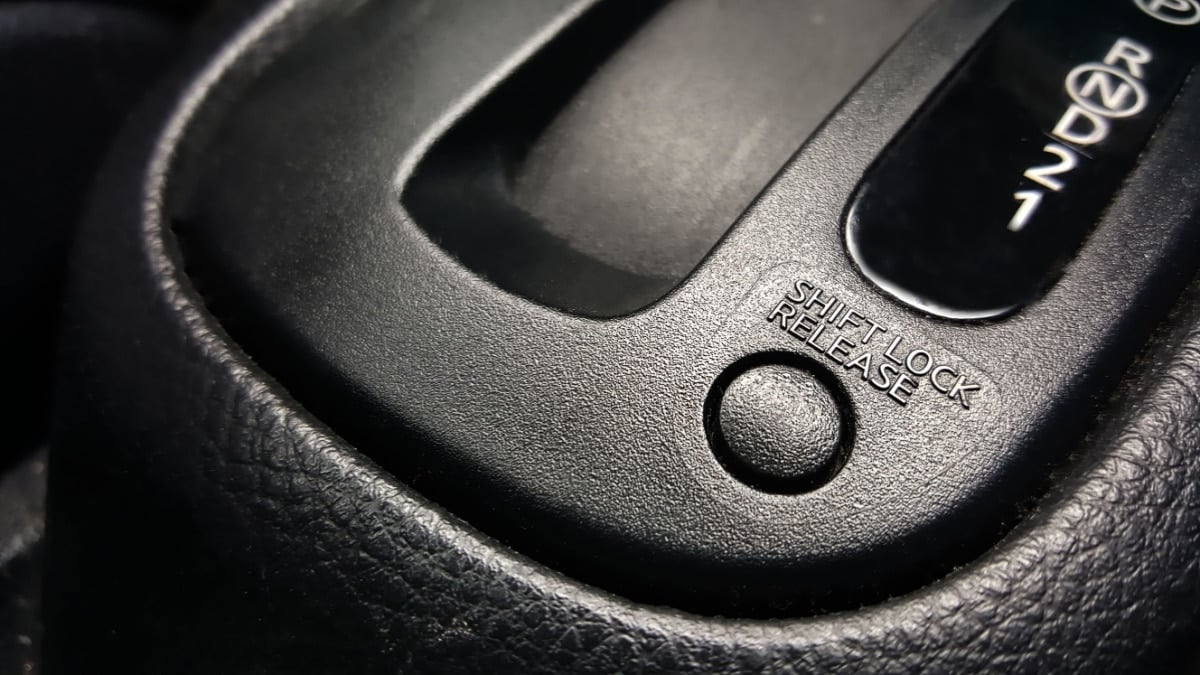 All modern vehicles are now equipped with a Shift Lock Release function for safety purposes. Even if you haven’t heard this name before, you probably know what it is, especially if you drive a car with an automatic transmission. What is this safety feature and how should you use it?

In this guide, we cover the basics of the shift lock release, including what it is, what it does and when you want to use it. We also share some tips showing how to use it and help you troubleshoot when there are problems. At the end of our article, you will get a few of the top questions you have answered.

What Is A Shift Lock For?

Passenger vehicles with an automatic transmission are equipped with a shift lock and a release as a safety measure. Many modern cars have a button that needs to be depressed to shift out of Park. This simple feature prevents the car from shifting into gear without the key in the ignition and your foot on the brake pedal.

This shift lock lever is located on the side or the top of your gear shifter. When the transmission is in Park, the button is automatically enabled. This simple feature prevents car theft and accidental roll-away, but it can also be a pain if something malfunctions. Until you release the shift lock, you can’t transfer the knob into gear unless you use the manual shift lock release, designed for emergencies.

What Does The Shift Lock Release Do?

The shift lock release provides a manual way to get the car into gear. It allows you to switch from the Park position with the engine off and your foot off of the brake pedal. The button can be found near the gear shifter and gets pushed in when you want to move the shifter.

When the car is in Park, the shift lock is automatically enabled. This safety feature ensures that the car isn’t going anywhere until you put the key in and start it up. Without pushing in the button on the gear shifter, you wouldn’t be able to move your car in most circumstances.

However, there are times when you need to take the car out of gear without going through the normal motions. While the system is set up to keep it from accidentally going into gear, you could face a situation where it’s necessary to override the safety feature. That’s where the release comes into play.

When Do You Need To Use The Shift Lock Release?

When everything is operating as it should, you won’t need to manually override the shift lock. Instead, you will put your key in the ignition, turn the car on and push the brake pedal. Once those steps are accomplished, you can push in the button on the gear selector and get going.

However, there are times when the system doesn’t work as it should. If the car ignition malfunctions or your car battery dies, you may find yourself without a way to get the car out of gear.

Additionally, if you need to have the vehicle towed, it’s important to put the vehicle in Neutral without running the engine. All of these are cases when you might require the override button for the shift lock release. Without it, the car would remain stuck in the Park position, rendering it unable to move.

How to Use The Shift Lock Release

When the car is operating as intended, you won’t need to think hard about how to get the vehicle out of Park. You simply turn the key in the ignition, push down the brake pedal and depress the button on the shifter to move it to the appropriate gear.

With that said, there are times when you need to manually override the shifter, or you have trouble. In these situations, you need to use the shift lock release function to get moving.

Here are a few steps to consider with most automatic transmission vehicles.

Your first step whenever you are attempting to do something new is to read the owner’s manual. While the operation will be the same for most vehicle brands and types, you should always read the manufacturer’s recommendations first.

If you don’t understand what you are reading in the manual, you may want to ask for more help. For example, if a tow company is providing roadside assistance, they should be able to direct you on how to use the shift lock release or they will do it for you.

Your next step is to verify that you can’t shift the car the usual way. There’s no reason to proceed with additional steps if you can move the gear selector normally.

Put your key in the ignition and start the car. With your foot firmly on the brake pedal, try to push the button on the gear selector and change gears. Of course, if you can’t get the car started, you have bigger problems to deal with first. However, if the car battery is dead, you may be able to jump-start it and get moving again.

Your next step is to find the override slot for the lock. It’s going to be located on the shifter console, normally flush with the panel.

It will be labeled so you know what it is. It could also contain a plastic cap on top of it that would need to be removed before going further.

Once you find the button, you’ll notice how small it is. It won’t be simple to push it in, which is what the automaker wanted. Otherwise, it would be too simple to get the car out of gear, making it a safety hazard.

For this reason, you will need a small tool to push in the slot. We recommend using your key, a nail file or a compact screwdriver. Once you get the button pushed in, you need to hold it down while you shift the selector to its desired location. After you shift, you can let off the release and put the cap back in place.

Do All Cars Have A Shift Lock Release?

Where Is The Shift Lock Release Located?

With the majority of car models, the small button to release the shift lock can be found directly on the panel of the gear selector. It’s generally flush with the panel and has a cover over it. There are some cars that have a more obscure location for the release, forcing you to read the owner’s manual if you can’t find it.

Why Don’t Manual Cars Have A Shift Lock?

Manual cars operate differently from the automatic transmission. To shift gears with a manual transmission, you must depress the clutch while moving the shifter. With this design, you can put the car in gear even when it’s not running. In an automatic car, there’s no need to change gears, so the shift lock is incorporated to ensure more safety.

The release button is typically located on the side or top of the gear selector panel and it helps you shift from Park into a specific gear without the ignition on.

When trouble presents itself, you now have the tools needed to work around it. While you don’t want to think about what could happen if the car needs to be towed or the battery dies, it’s best to be prepared ahead of time. Knowing how to use the shift lock release is important, but it’s even more critical that you figure out why you can’t shift the selector normally and resolve those issues promptly.