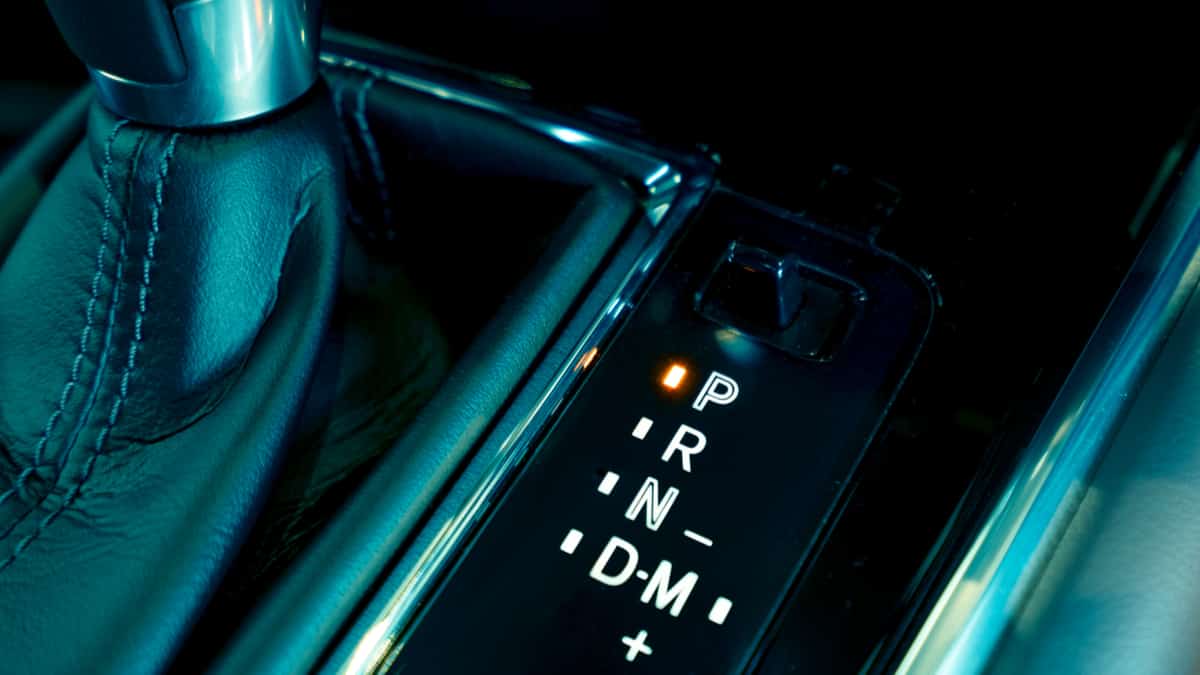 When you get behind the wheel of your car, you expect to turn the key and start driving. So, what do you do when the car won’t shift out of Park? While this condition can seem troubling, it doesn’t always mean that something major is wrong.

The car might not be able to shift from Park because of intense pressure on the transmission from a steep incline. It’s also caused by a malfunctioning shifter interlock or failure of the brake switch, both of which can be easily repaired.

In this article, we discuss the top three reasons that the car won’t shift from Park. We also show you what to do if you find yourself in this situation.

Contents show
Reasons Car Won’t Shift Out of Park
1. Increased Pawl Pressure
2. Malfunctioning Shifter Interlock
3. Brake Switch Failure
4. Transmission failure
What is the Park Setting on an Automatic Transmission?
What to Do When Car Won’t Shift Out of Park
1. Adjust the Weight
2. Look at Brake Lights
3. Override Shift Interlock Solenoid
4. See a Mechanic

If you park your vehicle on a steep incline, the parking pawl can experience much more pressure than normal. In these cases, it wedges itself into the parking gear because of the pressure. Because of this intense weight, it can be difficult to get the car shifted out of the Park position.

The only way to resolve the pressure is to move the vehicle. With the help of another person, you might be able to rock the vehicle enough to get it out of Park. If not, it would be necessary to use a tow vehicle to alleviate this pressure.

In the future, the best way to prevent this situation is to set the parking brake first when stopping on a steep incline. By putting the parking brake on before placing the transmission in Park, you put all of the weight on the brake assembly instead.

All modern vehicles come equipped with a shifter interlock system. This feature keeps the vehicle from being accidentally shifted into Drive or Reverse when it’s not appropriate. To deactivate the shifter interlock, you normally need to step on the brake pedal.

When the system fails, you won’t be able to shift the car out of Park. However, some manufacturers do install a shift lock release just in case of emergencies. With this release, you may be able to override the interlock and shift into gear.

You might also be able to bypass the system by turning the key to the accessory position and putting the shifter into Neutral. From here, it’s possible to start the vehicle. You can also access the manual shift lock override with a flathead screwdriver. However, the location of this override is different in each vehicle, requiring that you look at your owner’s manual.

However, if the switch fails, the interlock function may stop working. It will continue to operate as if you aren’t stepping on the brake pedal.

To diagnose the faulty brake switch, you can have a friend watch the brake lights as you step on the pedal. If the lights don’t come on, it’s possible that the switch is bad, although, you will need a multimeter for a complete diagnosis.

Thankfully, replacing the brake switch is a simple job. You won’t need any advanced experience to complete the job.

In some rare cases, it can also be damaged parts inside the transmission that is causing it to not shift out of Park. This requires some advanced diagnostic tools and knowledge to check properly.

You can replace these issues like a shifter solenoid from the transmission oil pan in most cases, but sometimes you need to remove the whole transmission.

What is the Park Setting on an Automatic Transmission?

The automatic transmission comes with a Park setting, which helps to increase safety. When a vehicle is placed in the Park (P) setting, it isn’t supposed to move anywhere.

What to Do When Car Won’t Shift Out of Park

If the weight of your vehicle is keeping you from shifting out of Park, you might be able to get the parking pawl released with some force. Push the brake pedal down firmly before attempting to muscle the shifter out of Park, just in case the vehicle starts to move.

If you are successful with this operation, there might be a loud noise as the transmission engages. You could also get a friend to help you rock the vehicle slightly, in hopes of releasing some of the weight.

If this problem isn’t caused by the pressure, have someone look at the brake lights when you push down on the pedal. When the lights aren’t working, you can start by checking the fuses.

If everything looks good, it’s time to troubleshoot other reasons why the switch wouldn’t be working. If the car has a security system, you might need to disable it. Unfortunately, the brake switch can have two different circuits so it can be faulty even if the brake lights are working.

In some vehicles, you can override the shift interlock solenoid. Look under the shifter cover to see if there is a release. If you don’t see one there, you want to check the owner’s manual for the appropriate location.

However, this will only fix the problem temporarily. You will still want to have the fault repaired, especially if the brake lights aren’t working correctly.

If none of these solutions fix the problem, you need to have a technician take another look. Because you can’t drive the vehicle, you will also need to have the car towed, which adds to your repair bill. However, once the problem is repaired, you shouldn’t have any more issues shifting out of Park.

« Blue Smoke From The Exhaust (Causes & How to Fix it)