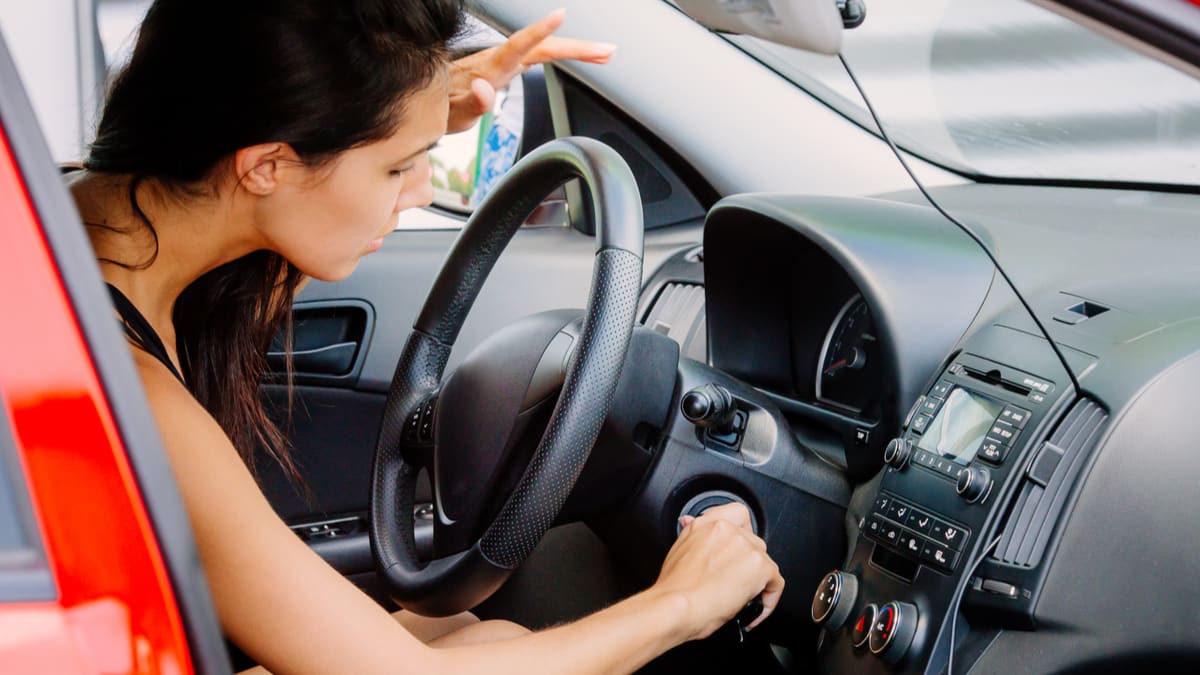 It’s not uncommon to have trouble starting the car first thing in the morning, especially if the battery is dead and it’s cold outside.

However, what could be the problem if the car is hard to start when warm? After all, a warm engine shouldn’t be difficult to restart.

We examine all of these possibilities in-depth, helping you determine what went wrong. Our article also provides some advice about what to do when the engine won’t start. Let’s begin with the most common causes.

Causes of Car is Hard to Start When Warm

The most common reasons why a car is hard to start when warm are due to a defective crankshaft or camshaft position sensor. It could also be caused by a clogged air filter, faulty battery connection, vapor lock, or a bad ground connection.

But, you don’t want to overlook the possibility of a bad starter or trouble with the fuel system either. Here is a more detailed list of the most common causes why your car is hard to start when warm:

When the crankshaft or camshaft position sensor fails, the symptoms can be most noticeable when the engine gets hot. Both of these sensors are responsible for monitoring the rotation of the respected part and sending the information to the ECU.

The ECU uses this information to regulate the firing of the spark plugs. If there is any fault or miscommunication, intermittent trouble can occur, especially when the engine is warm. That’s when the internal circuitry expands, leading to more problems. However, the engine might run normally again once it is cooled off.

If the position sensor is malfunctioning, you could notice other symptoms. In some cases, this will lead to a blinking Check Engine Light, backfires from the exhaust, and excessive vibrations.

The air filter is a part that gets replaced as part of regular maintenance. However, many people forget to replace it until the filter becomes clogged and filled with debris.

When the air filter is in good condition, it keeps the debris, dust and contaminants from getting into the motor. However, these particles build up in the filter and will lead to an obstruction. When the right amount of air can’t get into the combustion chamber, you will notice reduced engine performance resulting in decreased acceleration, misfiring and poor fuel economy.

If the fuel vaporizes before it gets into the combustion chamber, you end up with a vapor lock. This situation occurs when the fuel starts to boil as it moves into the fuel injection system.

During this time, the vapor gets mixed with the liquid and it reduces the flow occurring in the engine. Hot weather tends to increase the chances of this condition, plus the fuel lines sit near the hot engine, further making a vapor lock more probable.

When a vapor lock occurs, you will not only have trouble starting the engine, but you will also notice a lack of power and might experience some stalling issues. To get a car started with a vapor lock, you can try putting a bag of ice on the fuel lines for a few minutes.

In some cases, the problems with this lack of connection are more prevalent when the engine is hot. Not only might you have trouble starting the motor, but you could also notice issues with the electrical accessories.

The ground connection is needed to ensure the engine runs as it should. When the connection becomes loose or corroded, there could be increased circuit resistance.

The starting system will be affected when this happens, but so will other components. You might notice the electrical components acting strangely or you could have trouble with the transmission. To resolve the situation, you will need to do a voltage drop test on the engine grounds with a multimeter.

Inside the starter, there is a motor that can wear down over time. When the engine gets hot, it can cause a failing starter to stop working.

Within the starter motor, there is a slip ring commutator and carbon brushes that are needed to send current to the windings. When the parts wear out, there will be more resistance in the motor, which is only further problematic when the electrical resistance increases.

As the motor fails, you might hear buzzing from the motor, a loud clicking when you try to start the engine or a grinding noise. With a voltage drop test, you should be able to determine if the starter is failing.

RELATED: 5 Symptoms of a Bad Starter

When the right amount of fuel can’t get into the combustion chamber, it can be caused by any number of fuel system issues. It could be a larger issue, such as the fuel pressure regulator or a leaking fuel injector. You also don’t want to overlook the possibility of a bad fuel pressure dampener.

With these parts, everything can seem normal until the engine is warmed up. Symptoms are most prevalent once the fuel lines become warmer.

How To Fix Car Won’t Start When it’s Warm

As soon as you notice any performance issues, you should start hunting down the problem. Pop open the hood and look at the battery connections first. This is one of the simplest issues to solve, so it makes sense to start here.

If the Check Engine Light has come on, you can use your code scanner to find the fault. Plus, if you think the fuel injectors might be clogged, it doesn’t hurt to try a fuel injection cleaner first. This low-cost alternative is far better than needing to replace the injectors.

If your car overheated and now doesn’t start, the problems could be more severe than what we outlined. When the motor overheats, the engine block and cylinder head warp, leading to a possible lack of compression and valve damage, both of which can stop you from starting the car.

Overheating usually happens because coolant levels are low or there is a leak. It can also happen if hoses collapse, the radiator becomes clogged, if there is a bad water pump or a broken cooling fan. However, the faulty thermostat and defective drive belt can also cause temperatures to rise.

The only way you can get the car back on the road is to fix the damage caused when the engine overheated and resolve the problem that caused it in the first place. You may find that this can become a very expensive repair depending on how much damage was caused.