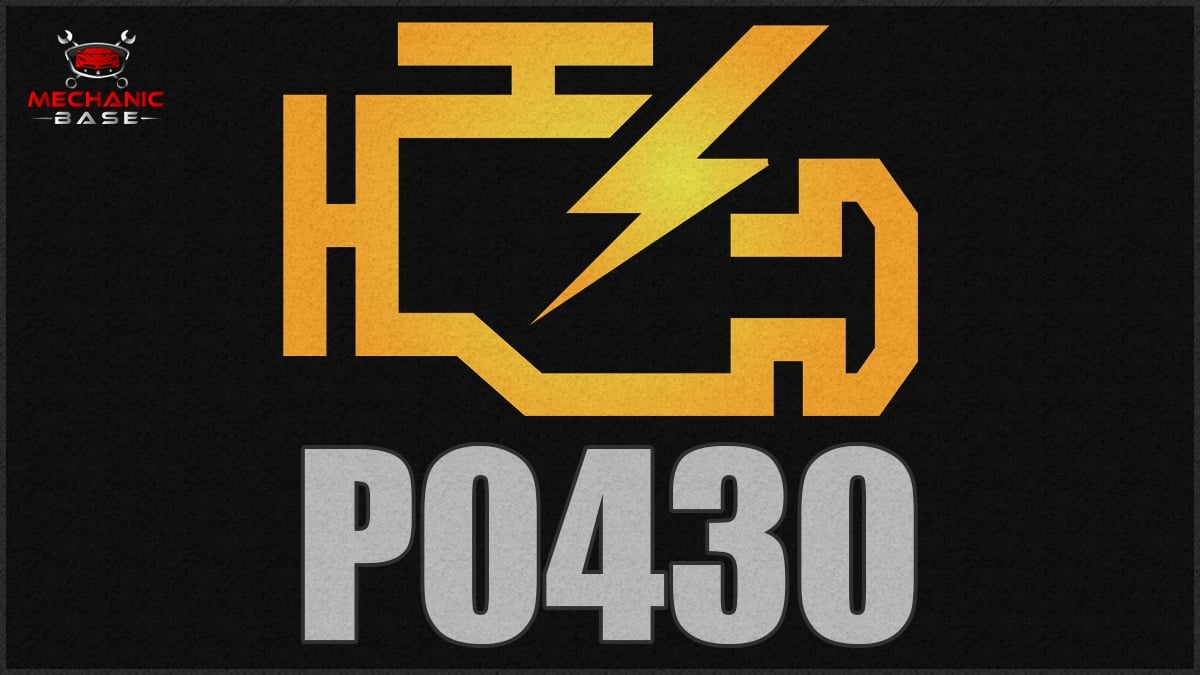 When the Check Engine Light comes on, it’s natural for your heart to sink just a little. With your OBDII scanner, you might find the P0430 code, but what does it mean?

In this guide, we look closer at the P0430 trouble code. We define its meaning, look at the causes, identify the symptoms and show you possible ways to repair it.

Code P0430 means that the downstream oxygen sensor from the catalytic converter on bank 2 detects the cat isn’t operating to efficiency standards, based on factory specifications. The P0430 trouble code is considered generic, meaning it occurs on vehicles of any type and model.

The P0430 shows a problem with the emissions system. It is the exact replication of P0420 DTC, but that one refers to the oxygen sensors on bank 1 instead. These codes illustrate two different sides of the engine. Engines with an inline configuration can contain just one bank.

The P0430 code basically means the same thing as P0420 on the other bank, and therefore you can check out our guide about the P0420 code also, which is much more detailed.

It’s very possible that you won’t notice any unusual symptoms when the Check Engine Light comes on with the P0430 trouble code. This fault isn’t something that’s easily recognized, allowing you to continue driving without any issues.

Code P0430 indicates that the catalytic converter could be worn-out. It’s not going to set if the converter is obstructed, as this would lead to performance issues and a list of symptoms different from this condition.

Most causes of the P0430 DTC revolve around either the catalytic converter or the oxygen sensor in that bank. There could also be a leak, but this is less likely.

Here are the top causes:

Low – A faulty catalytic converter isn’t going to cause any crazy performance issues or lead you to be stranded. However, you want to get it fixed to ensure proper emissions for a healthier environment.

It’s important that you perform a complete diagnosis to determine what’s causing the problem. We outline some steps below. If you don’t, you could replace parts that don’t need to be messed with.

Here are a few possible repairs that might help.

If all else fails, take a look for any intake or exhaust leaks. You may want to see if there are any other trouble codes stored and repair these first, which may also fix the P0430 code.

How to Diagnose the P0430 Trouble Code

If you want to repair the P0430 DTC like a mechanic, you want to follow the same steps they do for diagnosis. Here are a few procedures to consider.

Depending on what is causing the problem, you could be looking at an expensive repair. Here are some estimates based on the average labor and parts cost.

Mechanics Tips about the P0430 Code

If you don’t have the right tools or knowledge, getting to the bottom of the P0430 code can be nearly impossible. You will require an advanced scan tool or you need to visit a local auto repair shop to ensure the right repair is performed.