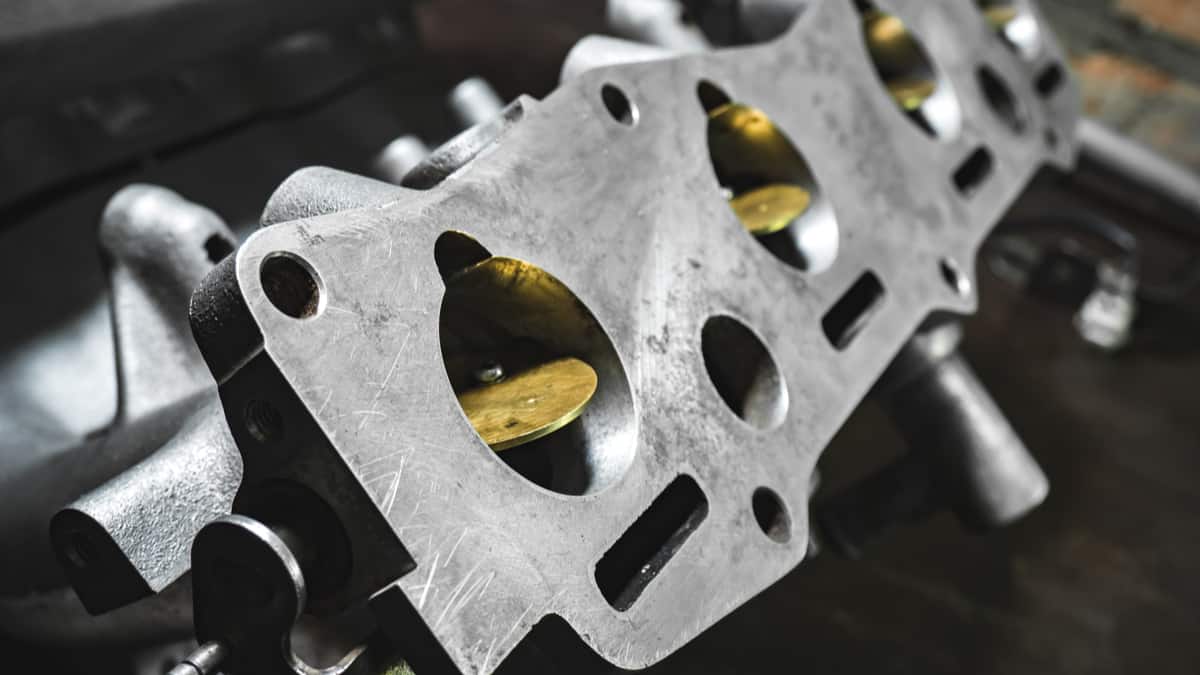 Nobody wants to deal with engine issues, which is why the thought of oil in the intake manifold can cause a lot of worries. However, there are some problems that aren’t that tricky to deal with.

In this guide, we evaluate these five causes. We also show you how to diagnose oil in the intake manifold and help you get it repaired quickly.

Reasons for Oil in Intake Manifold

Oil could be in the intake manifold because of a bad PVC valve or a clog in one of the oil passages. There could also be a leaking valve seal, failing turbocharger, allowing oil into the intake manifold. If that’s not the problem, you should also take a look at the piston rings.

The car’s PVC valve is needed to regulate the vacuum in the intake manifold. When it begins to fail, it could allow oil to enter instead. When this happens, you will notice that the engine starts to smoke.

This is one of the easiest problems to fix among what’s found on our list. We will discuss more about that in a minute.

If your car is equipped with a turbocharger, it is very likely that a failing turbocharger is causing the oil in the intake manifold. When the turbo fails, the seals or obstructed return line can lead to leaking oil.

Usually, the oil ends up in the intercooler. However, it’s also possible to see some in the intake.

Within the engine, there are oil passages that the fluid must flow freely through. If one of the passageways is clogged in certain spots, oil could enter the manifold.

This problem will also lead to a smoky engine. Plus, it’s not as simple to repair as the PCV valve. It’s best to keep the passageways clear, so this never becomes a problem. You do this by maintaining the engine with regular oil changes and by maintaining the filters.

The valve seals are needed to secure the valves within the cylinder heads. If the seals begin leaking, oil can make its way into the manifold.

Again, you are going to deal with engine smoke when this happens. Most average at-home mechanics won’t want to handle this repair on their own.

The piston rings are also needed to seal the cylinders within the motor. However, they can wear down over time.

When this happens, leaking of oil occurs. This oil could leak into the intake manifold, leading to a smoky engine once again.

Symptoms of Oil in Intake Manifold

If there is oil in the intake manifold, you will notice distinct symptoms pointing to the problem. While we have discussed engine smoke, here are the most common characteristics of this problem.

Of course, most of these problems can also occur with other faults, so it’s difficult to determine that these are caused by oil in the intake manifold. With these symptoms, you might also be dealing with dirty filters or low compression.

The only way to know for sure is to have the system checked and diagnosed. If you don’t have the equipment or skills to perform a diagnosis, take it to a professional mechanic.

The easiest solution to getting oil out of the intake manifold will be if the PCV valve needs attention. In most cases, you can handle this job at home with minimal equipment. If you have an oil catch pan, some rags, a degreasing agent and some time, you can get it done.

Start by disconnecting the negative battery terminal, so there’s no chance of electrical hazards.

Locate the PCV valve. It is usually located in the valve cover, depending on how new your vehicle is. With the PCV valve off, you can clean it. Use your degreaser to wipe down any oil that is on the valve. Make sure you also clean within the port and around the part.

In some cases, just cleaning it is enough to get it working again. If that doesn’t work, you might need to replace it. However, the part shouldn’t cost you much more than $25 and you can put it on yourself. If you must pay for labor, there’s no reason to pay more than one hour.

When all is said and done, use your degreaser to clean out the intake manifold too. Pay attention to any tight nooks that could be easily missed. Once you are confident that everything is clean, you can reattach your PCV valve. You also need to put the negative battery terminal back on before you head out on a test drive.

On the other hand, the issue might not require a complete replacement. If you have expertise with turbos, you might be able to repair it, depending on what failed.

If the valve seals are leaking, you should be able to fix them at home with the right tools. If you need to have it professionally done, having all of the valve seals can cost anywhere from $200 to $1,500.

To get to the seals, you might have to remove the cylinder head from the motor. With it removed, you can inspect each of the valve seals for wear. If you notice the seals are worn, you want to remove them. It is always best to put all new seals in to avoid future trouble, depending on how much they are for your vehicle. Normally the cost is minimal if the cylinder head doesn’t need to be removed.

The most expensive fix is to replace the piston rings. This can cost you anywhere from $1,000 to $5,000 because the job is much more complicated than working with leaking valve seals.

It is a cumbersome job to clean out the oil passages in the engine. It’s not something for the faint of heart as it will take some time. Before you get started, you need to take off any parts that are on the front of the engine.

You also need to drain the oil from the engine. Once that is done, you can use wire brushes to get into the passageways and clean them. If you aren’t sure what you are doing with the engine, you should never attempt to do this yourself. One small misstep can lead to engine damage, which becomes quite costly.