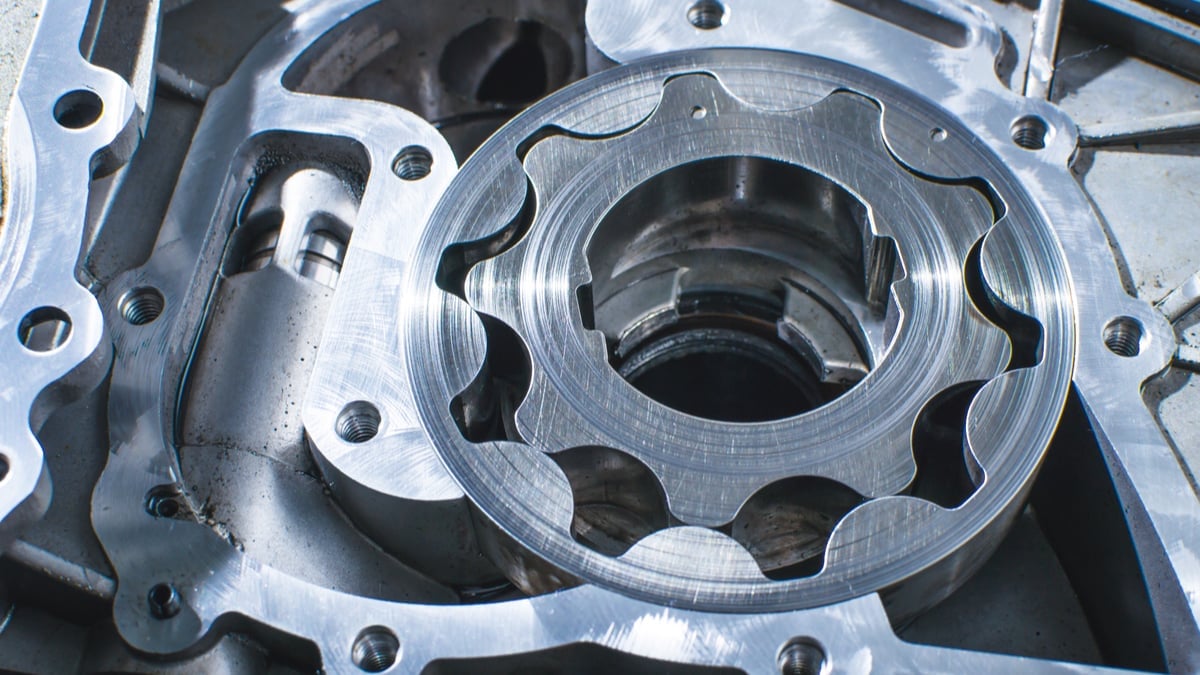 Your vehicle’s oil pump is one of the least likely components to cross your mind daily. However, when it stops working as it should, it’s one of the most critical parts to replace as soon as possible.

But how do you know if your oil pump is failing, and how much can you expect to spend to replace it? In this comprehensive guide, we’ll break down everything you need to know about this critical component. Let’s begin with a quick look at the signs to look for.

Symptoms Of A Bad Oil Pump

The most common symptom of a bad oil pump is a low oil pressure warning light on your dashboard. You may also notice that your engine has become noisier than usual. You can hear this by opening the hood at idle and listening for any metallic noises.

There are not many different symptoms, as you may notice, but they may be very strong indicators.

Here is a more detailed list of the signs of a bad or failing oil pump to look for:

Your oil pump is what pressurizes your oil system, so it makes sense that as it starts to fail, your vehicle’s oil pressure will drop. Keep in mind that it’s unlikely that the entire oil pump will fail at once, so it’s more likely that you’ll have low oil pressure instead of no oil pressure.

Until you fix the cause of your low oil pressure, you shouldn’t drive your vehicle – even to the mechanic’s shop. Opt for a tow instead.

If your vehicle’s oil pump isn’t moving the oil around the engine as it should, one of the first things you’re going to notice is a spike in your engine’s temperature.

While there should be other symptoms to accompany this, like engine noise or an oil pressure warning light, a faulty oil pump will cause your engine to overheat if you keep driving.

There are multiple places that your engine could be making noises if the oil pump stops working. While one of the most common locations is the oil pump itself, it’s also not uncommon to hear noises coming from the valve train.

The valve train uses oil to keep everything lubricated, and without it, you’ll have metal on metal rubbing without any lubrication. Not only will this quickly cause damage, but it will create horrendous noises too.

Many newer model vehicles have a low oil pressure switch that’s tied directly to your vehicle’s ignition. If this switch detects that your oil pump isn’t working correctly, it might keep your engine from starting in the first place!

This acts as a way to protect your engine from damage as you struggle to figure out what’s going on. It’s a feature designed to protect you from yourself because many drivers try to limp their vehicle to the shop if it has a problem – with low oil pressure, this can create thousands of dollars in repairs.

However, the low oil pressure switch feature that keeps your engine from starting is almost always exclusive to newer vehicles. So, if you’re driving something a little older, you’ll need to take precautions yourself to prevent engine damage.

If you have been driving for long with low oil pressure until the engine stopped, and now it will not crank any more, you have run into big problems, which may result in an engine replacement.

While the motor oil itself has tons of functions, the oil pump’s purpose is a little more straightforward. It takes oil from the oil pan and pushes it throughout your engine. By pushing oil through the engine, it pressurizes everything and lets the oil do its job.

Almost all oil pumps are crankshaft-driven, so as soon as your engine starts up, the oil pump should kick in.

Because of the location, you’ll need to drop the oil pan to reach it, which adds a little more time and complexity to the job. Even worse, you need to remove the front main cover for many vehicles, which often requires removing and reinstalling a ton more parts.

The cost to replace an oil pump varies a bit. For starters, you’ll need the new oil pump, which runs anywhere from $50 to $150. However, you’ll also need a new oil pan gasket and likely a new front main gasket.

Depending on how the manufacturer designed the front main, you might end up replacing all the gaskets associated with a top-end rebuild. The price for all these different gaskets adds up, and you’ll probably end up spending close to $150 to $200 on gaskets alone.

From there, you’ll need a new oil and an oil filter, and if you have to remove the front main seal, you’ll need new coolant as well. Both these fluids will cost you another $100 to $150.

Finally, you’ll need to account for all the labor associated with this. This can vary as well since the number of components you’ll need to remove changes from vehicle to vehicle.

Because of this, it will typically take a mechanic anywhere from four to eight hours to complete the repairs. This leaves a pretty extensive price range from $200 to $800.

Just remember that the more complicated the labor, the more you’ll save by doing it yourself, but it will also be a bigger headache.

Can you drive with a bad oil pump?

How do you check a car oil pump?

Will a bad oil pump make a knocking noise?

The main symptoms of a bad oil pump include: