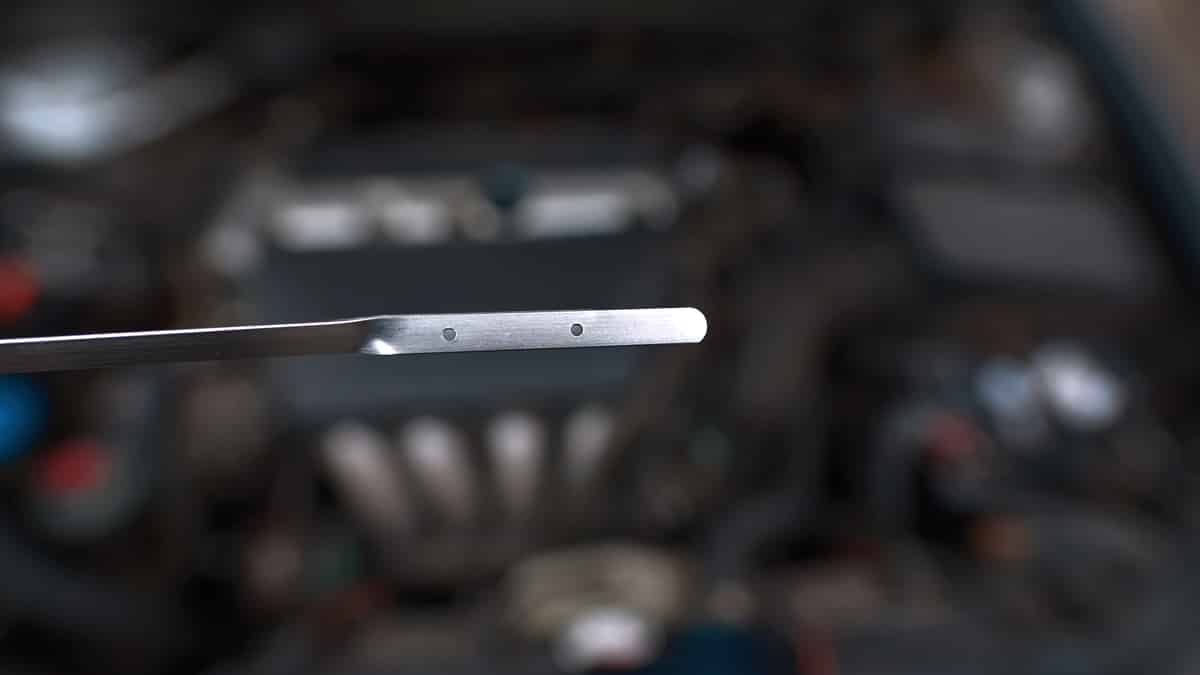 Taking care of the car engine is the most important part of vehicle maintenance. If you aren’t providing regular oil changes and keeping the system topped off, it won’t take long before the engine is permanently damaged. You can look for how to tell if the engine is damaged from no oil, but by the time you notice many of the symptoms, it will be too late.

In this guide, we talk about these symptoms. We also discuss why the oil is so critical to engine health and what you can do once damage occurs.

How to Tell if Engine is Damaged From No Oil?

Strange sounds, such as metal grinding, are an indication that the engine may be damaged from no engine oil. Additionally, a burnt oil smell, an overheating engine or smoke coming from under the hood are all signs of permanent damage. An unresponsive or seized engine can also be a sign of low oil or damage.

There are some symptoms that clearly show that your car engine is damaged by no oil, but sometimes there are minor damages that will only appear in the future. Therefore it can be good to look for any signs of metal shavings in your engine oil before.

When the car engine is running as it should, you might hear it, but there won’t be any strange noises coming from it. However, when the oil has run low, there’s no longer proper lubrication occurring between the internal metal components.

What you are left with is a grinding sound as these metal parts collide and damage one another. Additionally, you might hear some clunking, knocking or rattling noises. If you continue to drive the engine with no oil, the metal rods are going to break, rendering the car inoperable.

READ MORE: 7 Engine Noises You Should Not Ignore (& What They Mean)

As lubrication seizes in the engine, the remaining oil may start to burn. In some cases, it means that there is a leak somewhere that is causing the oil to burn.

However, the smell of burning oil coming from within the engine itself can mean that the metal parts are rubbing together, creating friction within the engine that shouldn’t be there. This friction heads up the remaining oil and causes it to burn.

Without the right amount of oil in the engine, it can start to overheat from the additional friction and wear. There have also been instances of engine fires because of severe damage.

If you are watching the temperature gauge closely, you will know when there’s a problem. At the first sign of overheating, you should stop driving before you create more costly damage.

Along with overheating, you might see smoke pouring out from under the hood. Obviously, this is the first sign of a car fire, so you should immediately shut off the engine.

Your only option right now is to shut down the car and let it cool. You probably won’t be able to get it home without creating a serious safety hazard.

RELATED: 6 Causes of Smoke Coming From the Engine (What to do?)

The first signs that damage is occurring could be in the way the engine is responding to you. If it’s no longer powering up when you push the accelerator, the engine might be worn out or even seized.

However, the decrease in performance could also be a warning sign that permanent damage is around the corner. There’s still a chance you might have caught the problem early enough, so be sure to stop driving it right away and have it checked out.

What Happens to Car Engine Without Enough Oil?

Oil is a necessary fluid in the engine. It’s meant to provide lubrication to the internal components and it helps to keep the temperatures in check. Without oil or without the proper levels, significant damage can occur in mere miles.

In some cases, the engine block or crankshaft can crack. It’s also possible to wear out the rods and cylinders. In the end, the engine could completely seize, rendering the vehicle unmovable.

How Long Can I Drive Without Engine Oil?

If the engine oil is low, you might be able to drive a short distance to get more oil. However, if there is no engine oil in the motor at all, you shouldn’t drive, even a little. Within minutes, the engine can seize and fail to work again.

To prevent this from occurring, you should always keep a close eye on your car’s oil levels. As soon as you notice them getting low, you should top the system off.

The first sign that something is wrong is when the oil pressure warning light comes on. As the oil levels drop, the pressure also drops.

When you see this warning light, you should stop the vehicle immediately. There’s a good chance that you can resolve the problem without causing permanent damage just by taking swift action.

If you notice oil leaking out of the engine, this is an indication that the levels are going to be low. If the leak is small, you might be able to keep up with it for a short time by adding more oil until you can have it checked out.

However, leaks can suddenly turn into a massive problem, leaving you stranded if the engine runs too low on oil. Plus, you don’t want to chance driving with the wrong amount of oil in the engine. Fixing the leak is going to be much cheaper than replacing an engine.

RELATED: Why Is My Car Leaking Oil? Common Causes (& How to Fix it)

If you are paying close attention to your car engine, you will notice when something isn’t right. When the engine is running smoothly, it’s responsive, quiet and ready to go.

However, as the oil levels drop, the performance of the engine is going to suffer. The faster you notice the change, the better your chances of resolving it before damage happens.

Because motor oil is used as a lubricant for the metal components, any lack of oil can cause excessive friction. This friction causes the engine to overheat.

At first, the temperature may go up slightly, giving you time to respond. However, as the oil levels continue to drop, overheating will become inevitable, leaving you with permanent damage.

You may hear some minor sounds as the oil levels start to drop. These won’t be at the same level as when the engine has no oil or is being damaged.

However, the ear that’s tuned to listen for trouble can catch problems early on just because of some minor tone differences. Make it a habit to listen to the engine so you get used to what it sounds like normally.

RELATED: How Much Oil Does My Car Need?

As we’ve discussed, one of the reasons for the oil pressure light to come on is a lack of oil. Your first step is to check the oil levels and ensure they are topped off.

However, many cars can run with low oil without this pressure light coming on. It isn’t until the oil levels get dangerously low that this light will come on.

RELATED: Low Oil Pressure: Symptoms & Causes (& How to Fix it)

The most common reason for this light to come on is because of a reduction in pressure. There’s a sensor in the motor that determines if there’s enough oil being pumped through the engine.

If there’s not enough pressure, the oil can’t reach all of the narrow passages of the engine, which leads to a lack of vital lubrication. Without the proper pressure, the engine parts are going to start rubbing together, even if there is enough oil in the motor itself.

The low pressure could be caused by a failing oil pump. The oil pump is responsible for pushing the oil out of the pan below the engine and circulating it through the motor.

When the oil pump can’t do its job, the pressure inside the engine drops. Without the right amount of pressure, areas of the engine don’t receive the lubrication that’s needed.

RELATED: How Much Metal In Oil Is Normal?

In some cases, there’s not necessarily a mechanical failure occurring. It’s possible for the oil pressure sensor to get clogged up from contaminants and sludge. When this happens, the clogged sensor gives a false reading of the oil pressure, causing the light to come on.

The main reason this problem occurs is because of poor maintenance. If you aren’t changing the oil regularly, you allow contamination to build up and damage the sensor.