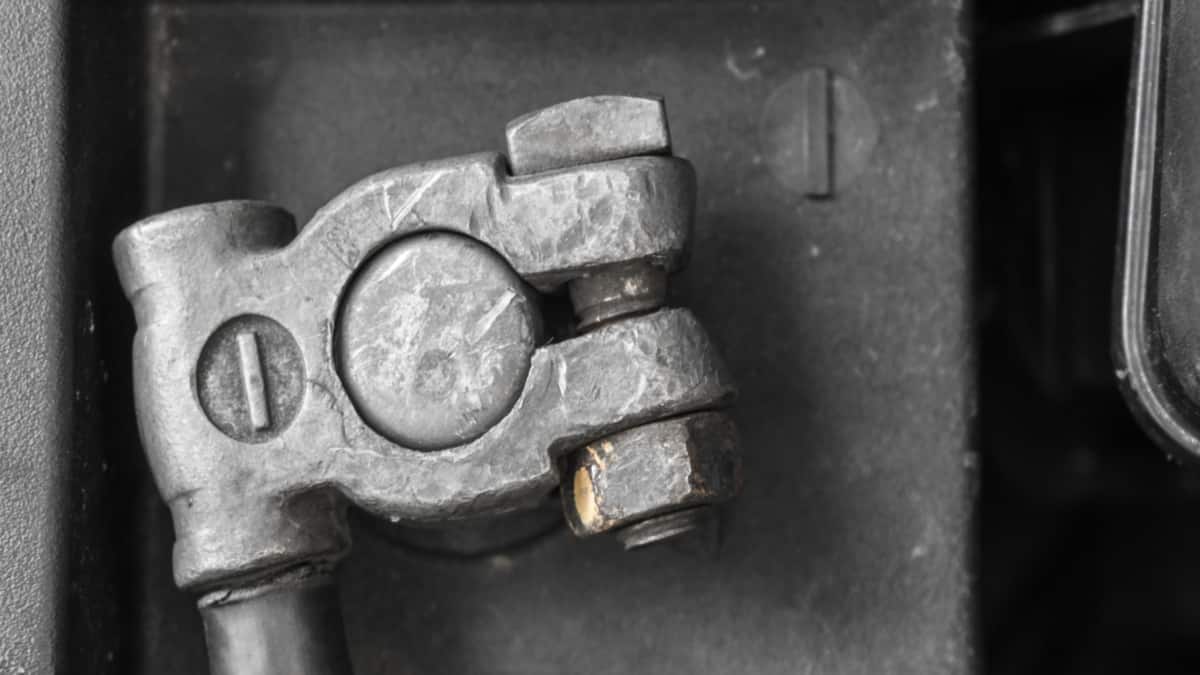 Learning how to jump start a dead battery is a critical for being a car owner. To learn this, you must first know how to tell the positive and negative terminals on a car battery. If you aren’t used to working with the car battery, the two can be confusing.

In this guide, we show you how to differentiate between the positive and negative terminals on the car battery. We also show you the right way to connect jumper cables when the battery is dead.

How to Tell Positive and Negative Terminals on a Car Battery?

You might also tell by looking at the color-coded wires heading to the terminal. Here are a little bit more detailed information on how to tell the battery terminals apart.

What is the Positive Terminal on a Car Battery?

The positive terminal cover on the battery is usually red-colored. However, not all car manufacturers use this method. If the terminals aren’t color-coded, you can also look at the cover to see if there’s a plus (+) sign on it.

So, what do you do if the cover is missing? You are going to have to figure out the terminals another way. With some vehicles, the wires leading to the terminal will also be colored red, helping you to differentiate between the two.

We always recommend using a multimeter to be 100% sure which battery terminal is negative and which is positive.

What is the Negative Terminal on a Car Battery?

The negative terminal on the battery is sometimes black. However, if none of the terminals are red but both are black, this can make the process very confusing for you.

In this case, you need to look and see if there is a minus (-) sign printed on the battery cover. If so, this sign indicates that you have found the negative terminal of the battery.

RELATED: Which Battery Cable Should be Removed First, but Installed Last?

Right Way to Use Jumper Cables

While it’s easy to jump start a vehicle with a set of cables, there are some precautions that must be taken. If you mix up your jumper cable connectors or you touch the two ends together, you could end up injured or cause damage to your car. For this reason, it’s wise to understand the steps before proceeding. We also recommend wearing protective gloves and a pair of safety glasses.

Here are some basic steps to follow, but you can get more detail by reading through your car’s service manual.

It’s important that you don’t turn off your car engine for at least thirty minutes. The good battery only provided a surface charge to the dead battery. If you shut off the car, you will be facing the same situation over again. Instead, allow the alternator to fully charge the battery. It’s best if you can take the vehicle for a drive down the highway to get the alternator working faster.

What Happens if Battery Cables are Hooked Up Backwards?

With the jumper cable polarity altered, there’s a big difference in the electrical current that’s flowing to each. Because of this, it’s possible to melt the cables or cause a car fire because of the difference. For this reason alone, it’s very important that you always hook up the battery cables the right way.

The good news is that automakers realized this was a common problem for people that don’t understand car batteries. Therefore, many manufacturers install a main fuse that will blow before these problems occur. The best case scenario is that you blow the main fuse by hooking the terminals up wrong. If that’s the case, you can simply reverse the cables and replace the main fuse to get back on the road.

Is the positive terminal on the left or right?

There is no way to tell if the positive or negative terminal is on the left or right. To find out, you need to look for a + or – sign on the battery or look at the colors of the cables. However, the most reliable way is to check with a multimeter.

How can I tell positive and negative on a car battery without color?

If there is no color, you can look for a + or – sign on the car battery. A + sign means it is the positive terminal, and – means negative. Other than that, the best way to determine what is positive and negative is to use a multimeter.

How do you tell positive and negative on an unmarked car battery?

If your car battery is not marked with a sign for the positive or negative terminal, the best way to find out is to measure it with a multimeter. Connect the DC multimeter clamps to both terminals and if the number starts with a “-” sign, it’s the other way around.

How can you tell which wire is positive and negative when black?

If both cables to the car battery are black, try looking for a + or – sign on the car battery. If you can’t find these marks, you need to measure it with a multimeter or some other reliable method.