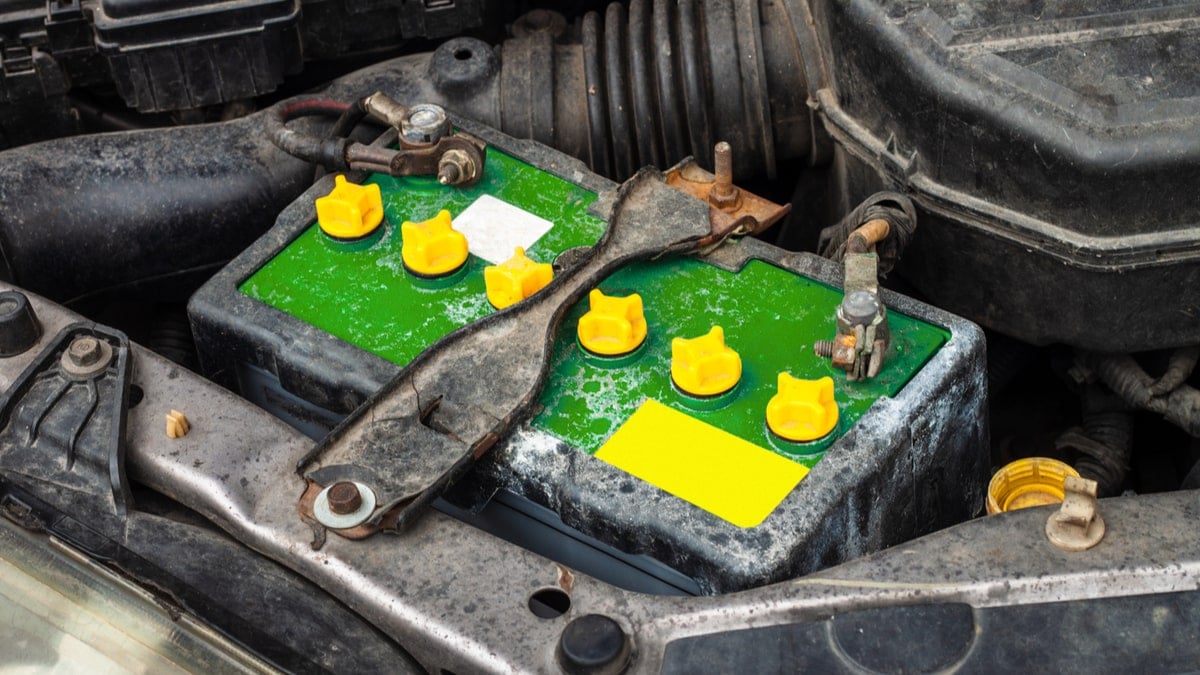 The car battery is essential to ensuring the engine starts when you turn the key in the ignition. Understanding the battery is helpful in keeping you on the road and that’s why you probably want to know the answers to some of the top questions, such as how long do car batteries last?

In this guide, we discuss some of the top car battery questions. We look at how long a car battery last and show you how to make it last longer. Our guide also outlines the reasons why the car battery dies.

How Long Does a Car Battery Last?

A car battery isn’t designed to last forever. The average car battery will last somewhere between three and five years. However, there are many factors that affect its life, such as what climate you live in, how charged you keep it and your driving conditions.

If you keep your car in storage without the battery on a charger, it could fail prematurely. On the other hand, with proper care, you could get more than five years out of the new battery.

Additionally, the car battery lifespan also depends on what type of vehicle you drive and the brand you choose. Some batteries are lower-quality, leading to a shorter life span. However, most car manufacturers recommend a battery replacement after the schedule every 4-5 years, because that’s the average car battery life.

If you don’t drive your vehicle for more than 15 minutes at a time, you aren’t giving the alternator time to recharge the battery. For each time that the battery doesn’t get recharged, you shorten its life.

Additionally, you are failing to provide the right amount of charge when you don’t travel at highway speeds. Slower speeds keep the alternator from working at full capacity.

The car battery doesn’t respond well to any extreme temperature. If you live in a warm, humid climate, it can reduce the life of the battery. Heat facilitates the chemical reaction which produces the energy, however, it could also lead to a shorter life.

On the other hand, cold temperatures are just as dangerous. The freezing temperatures can quickly shorten the life of a battery. Car batteries being used in temperate climates naturally last longer than those in the far north or far south.

Batteries are constructed with an intricate design and they aren’t immune to failure. As the car goes over bumps or other vibrations, the battery can incur physical damage leading to a battery failure. Failure can also occur when the electrolyte solution inside is reduced.

Aside from that, corrosion can prevent the battery from charging properly. If there’s corrosion on the battery terminals, it prevents a proper connection, leading to premature failure.

If you never charge your car battery with a car battery charger or maintenance charger it may result in a premature failure of the battery much earlier than it should. Especially if you only drive shorter trips, which means that the battery will never get fully charged as discussed before.

A low-charge battery is one of the main causes of a dead battery because the battery is much more sensitive to cold weather when it’s not charged. It can also freeze much easier which will damage the internal parts.

Some car batteries also need to be filled with distilled water, which is usually done by the mechanic during a maintenance service or an oil change. If you do not top up the battery when it is to be done, the battery’s lifespan will be much shorter.

The longer you drive, the more likely the car battery will receive a full charge. Instead of taking short trips throughout the week, combine your errands into one day.

Plus, you want to get your car up to highway speeds if possible. In general, you want to drive your car for at least 15 minutes at a time, at the highest speed that’s safe for your route. If you don’t have errands to complete, take a scenic drive with some loved ones instead.

2. Use a Battery Maintainer

If you aren’t able to spend more time driving, you want to use a battery maintainer while the vehicle is sitting. This trickle charger ensures that there’s on-demand amperage to keep the battery charged.

With this step, you prevent the slow discharge and drain that destroys the car battery. This is also valuable if you plan to put the vehicle in storage for a long period of time. Just make sure you purchase a high-quality charger, as the cheap ones can damage the battery.

When battery corrosion exists, it becomes impossible to get the right amount of charge from the alternator. That’s why you want to protect your battery from corrosion.

You can add dielectric grease to the posts to prevent corrosion. Additionally, you can use a baking soda and water solution to the posts and the battery cables to remove corrosion. If it’s stubborn, scrub it off with an old toothbrush. Just remember to wear gloves and protective clothing because it can lead to skin irritation.

4. Don’t Use Accessories with Engine Off

It can be tempting to listen to the radio as you sit in the car with the engine off, but this practice is damaging to the car battery. The battery should only be used for starting the engine.

If you want to power up any accessories, it’s best to have the engine running, although sitting idle with them running can lead to other issues. You might also consider adding a deep cycle and starting combination or an auxiliary battery if you must use equipment while the car isn’t running. These setups are better made for constant discharge and recharge.

You can figure out that the car battery is dying before it leaves you stranded. By testing the battery regularly, you gain a heads-up on the health, so you can replace it before it dies.

Test the battery every season with a multimeter to ensure it’s holding an appropriate charge. You can also load test it or take it to your local auto parts store for a free check. If the battery is starting to fail, consider replacing it right away, especially if you are about to encounter extreme temperatures.

RELATED: How to Check Car Battery Health at Home (8 Steps)

Many vehicles include a heat-protective blanket or some type of shield around the battery. This is an important piece of equipment, but many drivers will eventually remove it. If your vehicle doesn’t have one, you can add it without a lot of cost.

These essential parts protect the car battery from all of the heat generated from the engine under the hood. Without this, the battery has to endure extreme conditions unnecessarily, which will reduce its life.

Warning signs that your battery could soon fail

Even if you often do not notice that your car battery is bad before you stand there in the rain with a dead car battery, there are some signs you should look for. If you see any of these symptoms, you should definitely use a car battery tester or let the technicians take a look at the battery’s health.

If you see flickering headlights, dashboard lights, or any other electrical components it could mean that your battery is about to die. However, it could also be caused by a faulty alternator if you see it when the engine is running. In some cases, you may also see a check engine light on your dashboard.

If you notice that the starter motor is cranking the engine slower than usual, even though you charged the battery not so long time ago, it is a very strong sign that it may be a battery problem.

3. Low voltage on the voltmeter during startup

Some cars have a voltmeter on the dashboard, and if your car has it, it is very easy to identify a bad battery. If the voltage is below 12 volts before starting, there is definitely a problem with the battery system.

RELATED: How Many Volts Is A Car Battery? (Ideal Range)

A car battery contains sulfuric acid so a damaged battery can emit a bad smell of rotten eggs. A rotten odor from the battery under the hood or in the trunk, usually indicates two possible problems, either an overcharging alternator or a bad car battery. If you notice this smell, it’s time to pick up your multimeter and check both the car’s electrical system, charging system, and battery power.

RELATED: How Much Does It Cost to Replace a Car Battery?