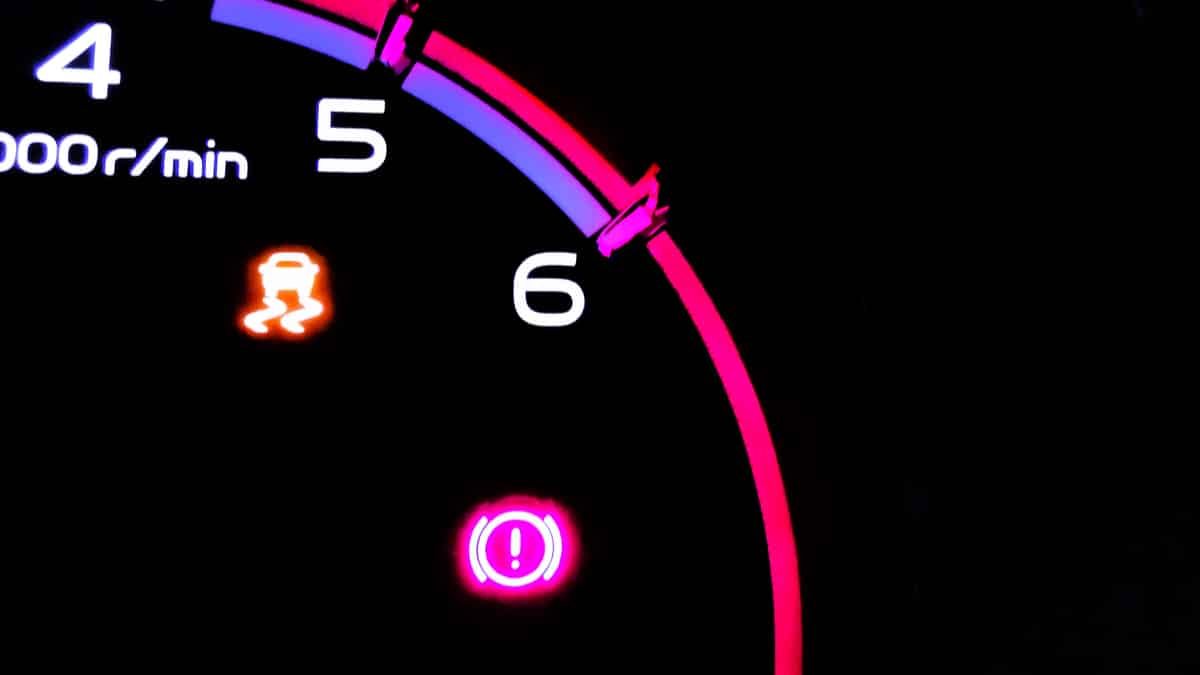 Your vehicle comes equipped with advanced safety systems that enable a more controlled and enjoyable ride. One such system is the Vehicle Dynamic Control (VDC), designed to improve traction and distribute torque to wheels when it is needed the most. If there is a problem with traction in your vehicle, you might see the slip light on the dashboard.

In this article, we take a closer look at the slip light meaning and show you some reasons it might come on. We also review the ways to fix an illuminated slip light.

What is the Slip Light?

The slip light illuminates on your car’s dashboard when there is a problem with the traction control system. Slip control is designed to regain traction when driving across a slippery surface.

Sensors are located on the wheels of the car. These sensors send information back to the Powertrain Control Module (PCM). With this data, the PCM knows if the vehicle is losing traction at a particular wheel. It can automatically adjust the power coming from the engine to the affected wheels to ensure stability and traction are optimized.

When this light comes on, you know that the system is working as intended. In normal operations, the slip light might come on for a second until traction is regained. Then, it will go off again. However, when the slip light comes on and stays on, it could indicate a bigger problem.

The most common cause of a slip light is faulty wheel sensors or defective ABS rings. It can also be caused by a bad ABS control module or faulty wirings.

Here is a more detailed list of the most common reasons of the slip light:

Wheel sensors are also known as ABS sensors. The job of the wheel sensor is to send data back to the PCM. There is one located on each wheel.

When one wheel is traveling at a different speed than the other wheels, the sensor alerts the PCM that traction is lost. However, when a wheel sensor is bad, it could send back faulty data causing the traction control system to malfunction. If this happens, you might see the slip light on the dashboard and the ABS warning light as well.

With each wheel, there are also ABS rings attached. The reason that the wheel sensor can determine the speed of the wheel is because of the ABS ring. In fact, the sensors rely on the rings to measure the speed.

When an ABS ring breaks, the wheel sensor will receive the wrong speed. With that information, a defective reading gets sent back to the PCM, which can cause the traction system to be thrown out of whack. Again, you might see the slip light on the dashboard combined with the ABS light too.

Running the entire system is the ABS control unit. It’s considered the brain of the entire operation. This vital part monitors the ABS sensors and responds by controlling the brake pressure with the help of the ABS modulator.

When the ABS control unit becomes faulty, you will see the ABS light and the slip light. With a diagnostic scanner, you will be able to see where the fault is for a quick repair.

The ABS system contains numerous wires, all of which need to be in optimal condition to send signals back and forth. If there is a broken or defective wire between the wheel sensors and ABS control unit, you will see warning lights.

Sometimes, a wire just becomes loose and can be reconnected easily. However, finding the defective wire can prove to be a challenge that requires some extra time.

To turn off the slip light, you need to figure out where the fault is. If the light comes on and turns back off, you are probably just driving on a slippery road and the system is running as it should. However, if it doesn’t turn off, even when you have regained traction, there could be a problem that needs to be repaired.

If the slip light is on because of a bad wheel sensor, it will need to be replaced. The average wheel sensor replacement cost is between $200 and $250. In some cases, you could clean the sensor and reinstall it, which would save you a few bucks.

If the sensor isn’t the issue, you might take a second look at all of the wiring to ensure that the connections and integrity are intact. If the wiring looks worn, it’s best to replace it.

If you need to replace the ABS control unit, you are going to be spending a little more money. An average ABS control module replacement can cost between $320 and $1,000. However, it isn’t the labor costs that drive up the price. In fact, the part itself can be expensive.

The easiest way to locate an issue with the traction control is to check the trouble codes with a compatible OBD2 scanner.