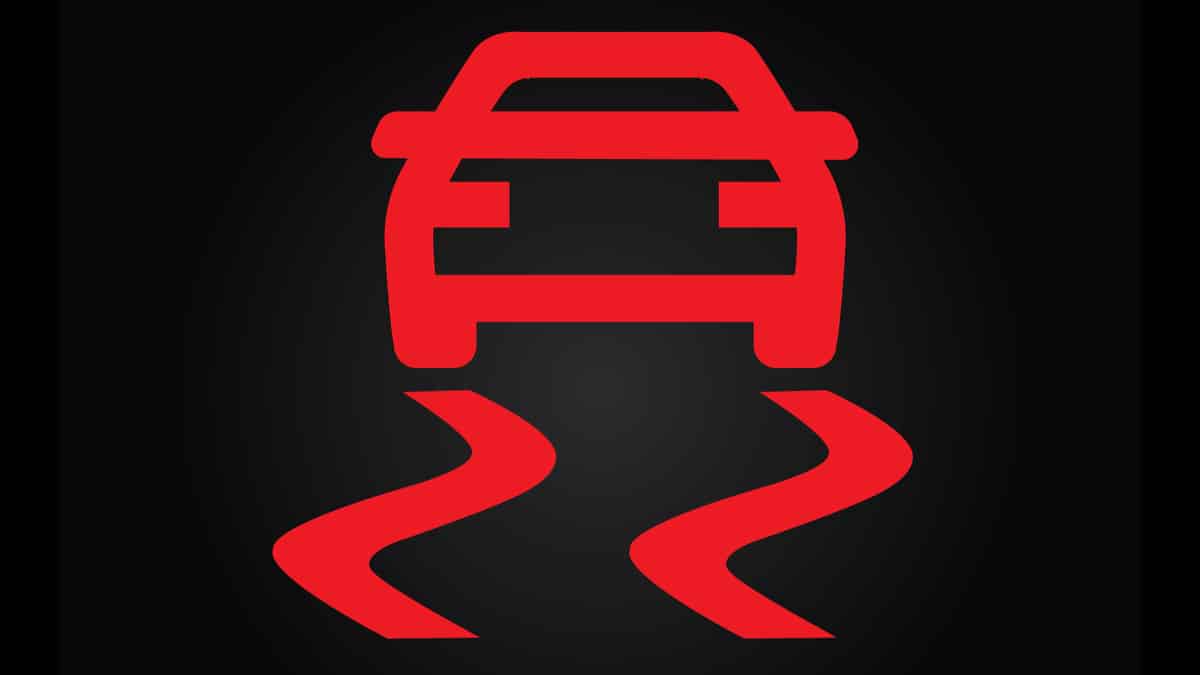 Vehicle manufacturers are packing more and more safety features into today’s automobiles. But one that’s been around for the last 45-year’s is still one of the most effective. That feature is traction control.

While it used to be the sole domain of top-end cars, it’s finding its way into more and more automobiles, and that’s a good thing. When everything is working correctly, it can be a lifesaver. But while it’s a great feature to have, you need to know what it means and what to do when you see a TSC light.

That’s why we came up with this comprehensive guide to walk you through everything you need to know about this amazing technology.

What Does TCS Mean On A Car?

TCS on a car stands for Traction Control System. The traction control systems detect when the wheels are about to lose traction. When the system detects this, it intervenes by reducing engine power to the wheel. This helps the car to maintain traction and stay on the road.

If you see a TCS light on your dashboard, it means there is an issue with the traction control system, which we will now discuss further.

What Does The Traction Control Light mean?

Your TCS light serves several functions. For starters, it lets you know when the system is active. When you’re driving and the light flashes on and off, it means that your traction control is on. You’ll feel the brakes locking up and releasing as the ABS kicks on and off. If your wheels were slipping, everything is working as it should

Moreover, the light should turn on and then off when you first turn the key in the ignition. This is a system check, and as long as the light goes away, it means that everything is working the way it should.

When you should be worried is when the TSC light doesn’t go away after the system check. If it stays on, it means that your vehicle’s traction control system isn’t working the way it should, or you’ve turned it off.

Finally, if the light is flashing randomly as you drive even though your wheels aren’t losing traction, that means you have a serious fault in your system, and you shouldn’t be driving your vehicle until you fix it. Otherwise, you’re risking your ABS randomly applying your brakes as you drive, and this could quickly lead to an accident.

The most common cause of a TSC light is that the system is turned off or a faulty wheel speed sensor. But while those are the most common problems, they aren’t the only things that could lead to a TSC light.

Below we’ve highlighted the four most common reasons your vehicle’s TSC light might be on.

Did you know that you can turn off your vehicle’s traction control? While the specific steps to do it for each vehicle are slightly different, almost every vehicle allows you to do this. While it usually only helps you when you’re trying to drift, it’s one of the most common reasons this light stays on.

Look up how to turn your vehicle’s traction control on and off. Give it a shot. If the light goes away, that was your problem, but if it doesn’t, keep reading.

By far the most common reason that a vehicle’s traction control system starts acting up is because of a faulty wheel speed sensor. Each of your vehicle’s wheels has a sensor that reports how fast it’s spinning to the ECM.

But if the steering angle sensor reports that you’re still going straight while you’re actually turning, the traction control system will register a fault, and it could kick on while you’re turning.

While wiring and electrical issues are less likely than a faulty sensor, it is still a distinct possibility. That’s because even if all the sensors are working correctly, it won’t matter if the wires that transmit that signal are corroded or broken.

The most common location for faulty wiring is right by the wheel speed sensor since those wires are often exposed to the elements. Always rule out faulty wiring or deeper electrical issues before dropping a ton of money on new sensors.

Is It Safe To Drive With a Traction Control System Light (TCS) Light?

It is usually safe to drive with a TSC light – but it is not advisable to do so. The reason for this is twofold. First, your traction control system is there to help your vehicle maintain traction on slippery road conditions, so you’re losing an important safety feature when it’s not working correctly.

Second, depending on the fault in the system, your traction control could kick on while driving. This would mean that your ABS would start applying your brakes as you drive down the road. This is incredibly rare, but it can happen, which is why you should fix the fault as soon as possible.

While your traction control system can seem like a headache when it’s not working the way it should, they’ve prevented thousands upon thousands of accidents throughout the years. So, while you might be cursing the system now, you’ll be thankful for it when you need it most.

So, take the time to fix your traction control system if it starts acting up, chances are you’ll be thankful that you did.