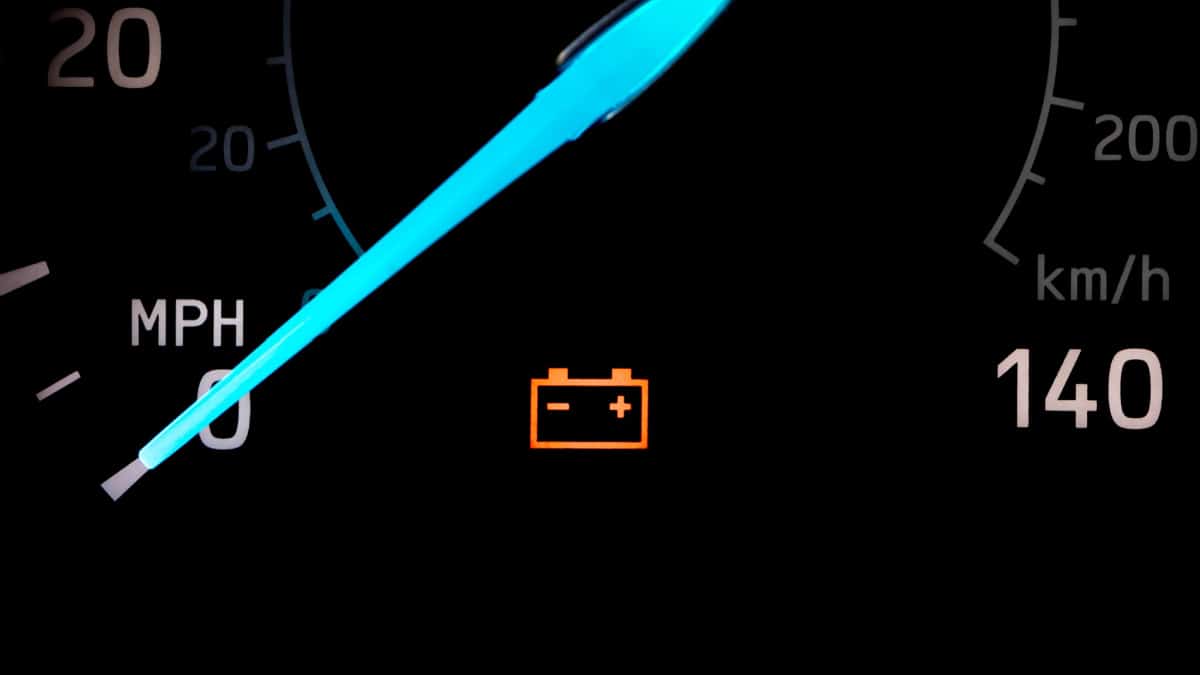 Your car’s charging system ensures that there’s always enough power for the engine and accessories to run. If the car isn’t fully charged or it can’t retain an appropriate charge, you might see the Charging System Failure message.

In this guide, we discuss the various components that make up the charging system. We also show you some solutions to fix the problem based on what might have failed.

What does the Charging System Failure Message Mean?

The charging system failure warning message means that there is an issue with your car’s charging system and that your alternator may have stopped charging the battery. It can be caused by faulty vital components, such as the battery, alternator, voltage regulator or connectors.

If your car is not charging the electrical system, your car engine will eventually shut down, and you will be stranded down the road. Therefore, it is important to take this message seriously.

The most common cause of a charging system failure is a bad alternator or a bad voltage regulator inside the alternator. It could also be due to a broken serpentine belt or something simple like a blown fuse.

Here is a more detailed list of the possible causes of a charging system failure:

Everything in the vehicle that’s running requires electrical power. This power is routed through a system of wires and fuses.

Just like in your home, a fuse can blow at any time. Thankfully, it’s not that difficult to change a blown fuse and get the battery charging once again. Check your owner’s manual and look for fuses related to the alternator or charging system.

Aside from the fuse, any one of the connectors or wires could be damaged. It’s also possible that the connections are simply contaminated and need to be cleaned.

The biggest issue with finding what needs to be repaired is hunting down the fault. If you aren’t skilled at working with the electrical system, this diagnosis could be cumbersome.

RELATED: Car Battery Light On While Driving? (Here’s How to Fix it)

You can tell when the battery is dying because the headlights will also become dim. The accessories might not work normally either.

The engine control module controls the alternator in many car models, if there is a problem with the ECM, it can cause the alternator to not charge properly. However, it’s pretty rare for the ECM to go bad so it’s definitely a good idea to check the other things first.

The first step you should take if you have problems with the charging system is to measure the voltage with a multimeter. Start the car engine and let it idle, turn on the headlights and wipers. Locate the battery and measure the voltage between the positive and negative terminals of the car battery.

You should see a voltage above 12.4 volts and even more if you rev the engine. If you see a low voltage, you know there is something wrong with the charging system, and you need to continue diagnosing the car. If the voltage seems correct, it could be a problem with the instrument cluster on your car that is giving a false warning signal.

If the drive belt is worn out or broken, it won’t be able to run the alternator. With the alternator not working, the battery won’t get charged and the electronics aren’t going to work. The belt could also start to slip from a loose bearing, leading to the failure of the charging system.

Most drive belts will last 75,000 to 100,000 miles. However, a regular inspection of the belt can help head off any potential problems before they occur. Replace the belt at the first sign of wear.

The charging system is made up of many wires and harnesses that all must be in optimal condition to keep things running correctly. If one wire, connector or harness is worn, it’s going to cause problems with all of the charging equipment. The trouble with this problem is that it can be difficult to find the faulty wiring or connector.

Additionally, the battery terminals could be corroded, which would affect its charging ability. If you are having trouble, it makes sense to clean all of the connectors and inspect the wiring. If you notice anything is faulty or worn, go ahead and replace it.

You also want to check the fuses as we talked about before and replace the fuse if you find a blown one.

4. Check and Swap Out Alternator

Some people don’t realize that the alternator has failed until they put in a new battery and it dies. The alternator must be capable of charging the battery to keep the car running. As it fails, it can no longer supply the needs of the battery or electronics.

A lot of times, an alternator goes bad because the voltage regulator fails. Most alternators will last seven to ten years or 80,000 to 150,000 miles without a problem. Alternators are quite expensive though, so you need to make a proper diagnosis before replacing it. In some cases, it’s possible to just replace the voltage regulator or other faulty parts inside of it.

To diagnose it, you need a wiring diagram and a multimeter and some electrical knowledge. An old trick is to give it a little tap, and if it starts charging the system when you do that, it’s most likely a broken alternator.

RELATED: Alternator Not Charging? (Here’s How To Fix It)

As the car battery gets older, it can no longer support the electrical needs of the car. A weak battery creates poor chemical reactions, leading to a reduction of voltage. When this happens, the warning light can come on, letting you know it’s time to change the battery.

A bad battery will give off several symptoms, letting you know it’s failing. Not only will it become more difficult to start the car, but the headlights and electronics will stop working as they should. You might also notice intermittent power failure. If you notice that the battery looks unusual, you should replace it no matter how much power it’s putting out.

If you can’t seem to find anything else wrong, you might need to consider that there’s an issue with the ECU. While this is rare, it can happen. The car’s Electronic Control Unit (ECU) monitors all of the voltage and power running through the electrical system of the vehicle. If it is faulty, it can harm the alternator, battery and every other charging system component.

You will need to use your code scanner to figure out what’s going on. If the ECU is to blame, it’s likely that there are other lights on your dashboard beside the charging message. In some cases, the ECU can be reprogrammed or flashed, while at other times, it needs to be replaced. Either way, you are looking at an expensive repair bill because you probably don’t have the equipment to handle the job.

On average, you could spend anywhere from $50 to $1,000 fixing a problem with the charging system. Replacing a fuse, voltage regulator or a connection might be your least expensive issue.

However, diagnostics can add a lot to the bill, especially if a technician must charge by the hour to find a defective wire or connector. If you drive a luxury model, you can also expect the bill to be on the higher end because of more costly parts and the need for a specialized technician.

Can I drive with a charging system failure?

How do I know if my alternator fuse is blown?

The easiest way to know if your generator fuse is blown is to measure it with a multimeter. You can also remove the fuse and visually inspect it in most cases. If the fuse has blown, you will see that the small metal string inside of it is broken.

How do I know if my alternator is not charging?

How long can I drive with a Check charging system message?