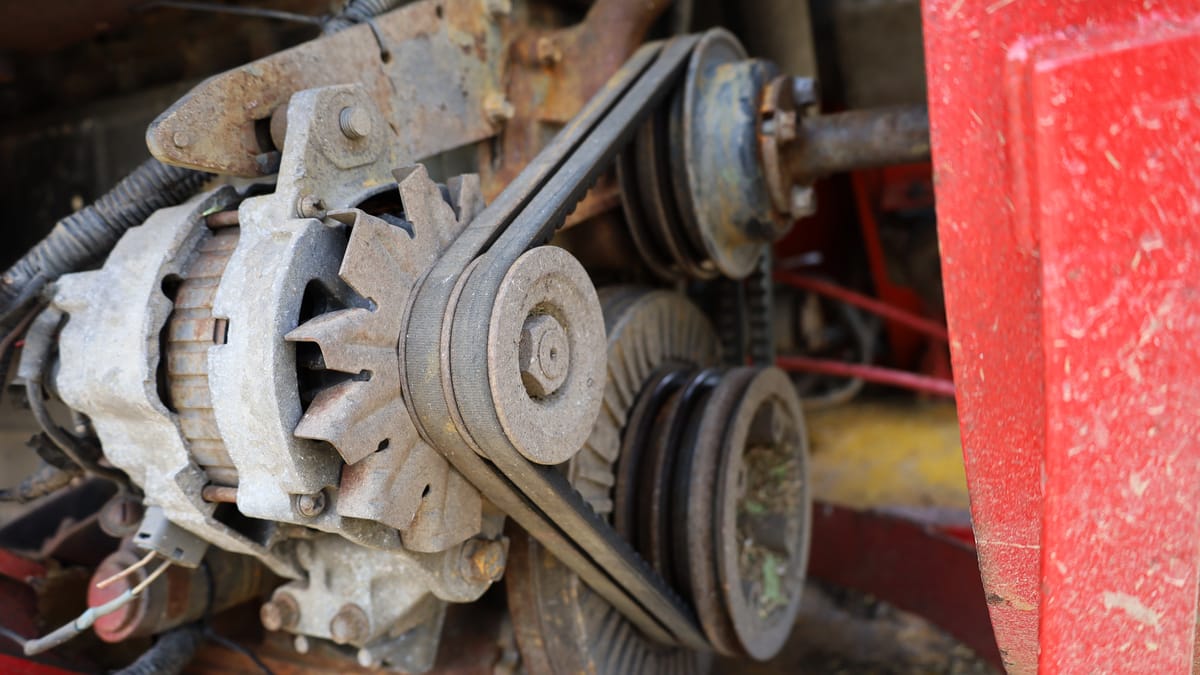 It doesn’t matter if you have owned a car for a few years or decades; you have probably heard about a loose alternator belt before.

But how do you know when it is time to tightening it up or replace it? Is it even possible on all car models?

In this article, we will talk about the symptoms of a loose or bad alternator belt, location, and the replacement cost. Let’s begin with a quick look at the signs to look for.

The main symptoms of a loose or bad alternator belt include:

The alternator belt powers not only the alternator but also many other parts in the engine bay. Therefore can also a lot of other things fail when it becomes loose.

Here is a more detailed list of the signs of a loose or bad alternator belt to look for:

As the alternator or serpentine belt is powering the alternator, it will, of course, cause the alternator to struggle when the belt is loose. There is a battery warning light on your dashboard in most car models, which will light up when there is a problem with the charging system.

When the alternator belt is loose, the alternator will not spin at its optimal speed, and this can cause the charging voltage to drop, and therefore the warning light will pop up.

RELATED: 8 Causes of a Car Battery Light On While Driving

You have probably heard that many older car models have a really high pitch noise when starting them cold, which will slowly fade away as the engine is becoming warmer.

This is mainly due to a loose alternator belt, which will become more slippery and wet when it is cold and create a high pitch noise when it slips on the alternator.

If you have a high pitch noise when you start the car for a few seconds, it is definitely time to check the alternator belt. You can also experience a constant high pitch noise if the belt is always loose.

This means that when the alternator belt can also cause the power steering pump not to function properly, and you will recognize this as a jigger or constant heavy steering.

You will recognize these voltage shiftings mostly by looking at the headlights or other electronic components. You can see the light become darker or brighter, and you can also see a pulsing light in some cases.

If you have been driving very far with a loose or slipping alternator belt, it can actually become so bad that the electronic components will draw more power than the alternator can produce.

This will cause the car to stall completely, and you will become stranded after the road because there is no chance that you can start it again when the car battery is completely drained.

RELATED: 6 Symptoms of a Bad Alternator

If the alternator belt is a little bit loose, it can charge the car battery but not good enough. This is most noticeable when you are trying to start the car. If it sounds exhausted on the starter, it can be a sign of a loose alternator belt.

If it gets bad enough, it can even cause the car battery to be completely dead the next time you are trying to start your car.

Just tighten it or replace it?

When buying a new belt, you have to make sure and compare it with the old belt to make sure you got the same length, as many car models can have many different belt lengths depending on the utilities like power steering, air condition, etc.

When tightening the new alternator belt, you have to make sure not to tighten it too tight. This will cause a much shorter lifespan, and it can even damage the bearings in the parts like the alternator or power steering pump.

Finding the alternator belt is quite easy in most car models though, look for a belt going around different wheels, and you will most likely find it.

In some car models, the belt can be located quite low down in the engine bay and close to the car’s body, making it difficult to see from above. In this case, you may have to lift the car and check from underneath.

The alternator belt is often quite cheap, so if you know to replace and tighten it yourself, you can definitely save some money.

As I talked about before, most modern car models use an automatic belt tensioner, and if you have a loose belt on one of these car models, you have to replace the tensioner. These tensioners are often slightly more pricey, and you can expect to pay $30 – $150 for a new one.

The alternator can be installed very closely on the car’s body, making it very difficult to reach it. In some car models, you even have to lift or lowering the engine to reach it properly.