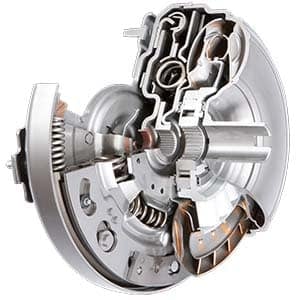 If you are into cars, you have probably heard about the torque converter before and the problems associated with it.

Torque converters can be found in almost all older cars with automatic transmission and also in many modern cars. This is probably one of the reasons why you have heard of so many failed torque converters.

There are several strange symptoms that can occur with a faulty or failing torque converter. Here is a list of the most common and noticeable symptoms you may have in your car.

A very common symptom of a defective torque converter is that the transmission slips during acceleration. You can feel this when the engine revs up strongly on the gear drive while the car does not accelerate against the engine speed. Often you need to have a good feel for your car to detect slippage.

If your car does not move at all in drive or reverse gear, a completely failed torque converter could be the cause. However, a car that does not move in gear can be caused by many different things, and it should be properly diagnosed before replacing anything.

6. Noises from the transmission

Check whether you can feel or hear strange noises from the torque converter both when idling and accelerating. Listen in the middle of the car under the gear lever to see if you can hear knocking or other strange sounds. If you hear any noises, lift the car up and check if other things could be causing the noises before replacing the torque converter.

SEE NEXT:  How to Diagnose Rear Differential Noise

What is the function of the torque converter? 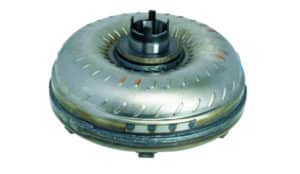 When it comes to torque converters, there are some common problems that can be encountered. In general, the torque converter is not a very advanced part of older vehicles, and there are not many parts that could fail. Sometimes you can find cheap full replacements for torque converters, in which case it is often not worth taking it apart and replacing different component parts; rather, it’s cheaper and quicker to replace the whole thing.

The torque converter clutch solenoid is a common part that fails within the automatic transmission. The solenoid valve controls the fluid pressure of the hydraulic transmission, which enters the lock-up clutch. This can cause various symptoms such as slipping, overheating, and rough acceleration.

So now that we know how a torque converter works and know the most common symptoms and causes, it is time to examine how we can actually repair our torque converter and which parts we should replace. Here are some of the solutions that could be used to solve problems with your automatic transmission.

Change the Transmission Fluid & Flush it

In many cases, the best idea is to replace the entire torque converter. Many cars have relatively cheap torque converters, and it is not really a good idea to replace certain parts in them, because it will not only take a lot of time but in some cases, it will actually cost you more. It is not recommended to buy a used torque converter, because you will never know how old and worn it is, and since replacing the torque converter is not very easy, it is no fun to do the job twice. If you are looking for a new torque converter for your car, I can recommend you to look at them here: Torque Converters on Amazon

What color is the transmission fluid?

How to Test a Torque Converter 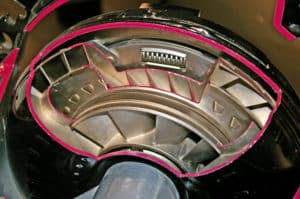 1. Start the engine and let it warm up

Now you can try to apply the drive gear and listen carefully if you can hear any signs of noise from the torque converter. The torque converter should move the car forward with just a light touch of the accelerator pedal. Shift between the other gears, (Drive and Sport, if you have it) to see if you can hear any other sounds from it. If everything seems to be fine, you can go on to the next step.

Now it’s time for you to drive the car at a higher speed. Keep an eye on the tachometer and speedometer. If the car revs up significantly without actually accelerating, the torque converter is slipping. All older automatic transmissions slip a bit when accelerating, but if you have owned the car for a while, you probably know how much it should slip. If you are not sure, have a mechanic test drive your car and see if he hears any noise or feels a slipping.

Where is the torque converter located?

I do always recommend to remove the torque converter from the transmission to diagnose it properly.

If you have followed this guide and found that your torque converter is worn out and you want to replace it, you probably also know how much it will cost. This depends very much on whether you want to do the work yourself or have a mechanic do it for you. As we have already discussed, removing the gearbox from the engine to replace the torque converter is quite time consuming and can cause high labor costs. If you want to replace it yourself and feel that you have the knowledge to do it, you can save a lot of money.

To replace the torque converter, it will take between 3-12 hours, depending on your skills and experience.

Now there is not much more to discuss about torque converters. If you have further questions or would like us to add something to this article, please comment below and we will answer your questions as soon as possible. I hope you enjoyed this article!

Search
Related Posts
About Mechanicbase
Mechanicbase is a blog created for all car and automotive lovers. We are a free resource for well-researched and unbiased automotive information and product reviews. We are owned and operated by SellenMedia.
61shares