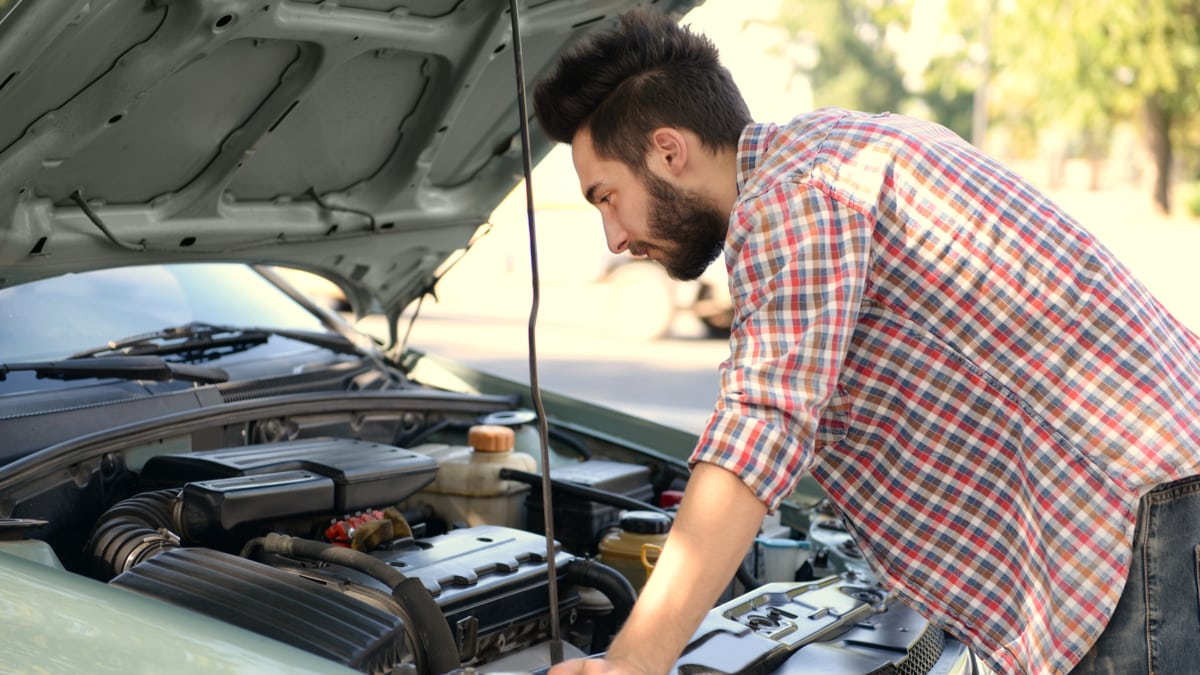 Whether you are looking to purchase car components or you want to sell the vehicle, you need to know what engine is under the hood. If you don’t know how to find out what engine your car has, it’s not difficult to do.

In this guide, we cover the available options to figure out the engine type. We also describe the various engine models that might be found under the hood. Our guide also discusses the basics of how an internal combustion engine works.

What Engine Does My Car Have?

To find out what engine your car has, you can search the basic information about your car model, year and make. It’s also possible to look up the information on a VIN decoder website or call the car manufacturer. If all else fails, take your vehicle to a mechanic who can decipher the data better.

With today’s advanced search engine, it’s easy to find the information you need online. Many cars only come with one engine type, especially if you are narrowing down the trim level.

Start your search online by typing in the model year, brand, make and trim level, along with the word “engine.” This may bring up everything you need to know. Just make sure you get the information from a reputable source, as many people claim to know about cars but don’t actually have a clue.

There are several available VIN decoders online that you can use. Grab the VIN off of the plate under the windshield or off of the driver’s side door jamb. This serial number can also be found on your car title, registration and insurance paperwork if you need it. You can enter this 17-digit code into the decoder to get a bunch of info about your vehicle.

Among the VIN, each digit stands for something different. It’s the eighth digit that stands for the engine size. For example, if you see a “Z,” it could mean a 4.3-liter Z Series engine from Chevy. You will want to look up the digits online if the decoder doesn’t break it down for you.

READ MORE: Where Can You Find the VIN on Your Car?

Automakers have a hotline that owners can call for support or questions. You have multiple options if you want to try and talk with an agent.

You can go to the company’s website and see if there is an area for contact. You can also search online for the phone number or email of the manufacturer and write them this way. However, there’s no guarantee that the company will respond to you.

When all else fails, it’s best to talk to a mechanic. You can call the local dealership that works on your brand of vehicle because they will have the best idea.

Otherwise, any mechanic should be able to look under the hood and figure out what type of engine you have. In many cases, this visit might also be complimentary since it only takes a few minutes. Additionally, you might not need to visit the shop because a phone call might be all that’s needed.

Back in the day, the two-cylinder engine was a popular option. Karl Benz was the first person to invent the two-cylinder motor back in 1879. Then, Alfred Angas Scott started making twin-cylinder water-cooled motorcycles at the turn of the 20th century. Today, they aren’t as easy to find but seem to be something that might come back as drivers look for more efficient ways of travel.

You can find a two-cylinder design in the FIAT 500. However, these smaller engines don’t produce a lot of power, which makes them less desirable. You will notice trouble climbing steep hills or maintaining highway speeds with many of the two-cylinder engine models.

The three-cylinder engine is also efficient but tends to be slightly more popular, mainly because it provides a little more power. You can also find a turbocharged option on some designs for slightly more oomph.

Of all time, the four-cylinder is the most common engine. It’s available in compact cars, larger models and SUVs. It can also be turbocharged for a little more power.

Some popular vehicles using a four-cylinder include the Mazda Miata, Audi S3, Hyundai Elantra and BMW 3 Series. You can also find this option in the Subaru WRX, Nissan Altima, VW Golf R and the Honda Civic.

Volvo might be the automaker that is most known for using this configuration. However, Acura has also used it.

The six-cylinder motor is a common configuration found in sports cars or other high-performance models. It can be turbocharged and also be placed into a ‘V’ shape, leading to the V6 engine name.

Luxury automakers, such as Mercedes-Benz, Jaguar and BMW, rely heavily on this engine configuration. However, Dodge, KIA and Toyota also have many six-cylinder engines in their lineups.

The eight-cylinder engine is one of the most powerful available, but it also goes through a lot more fuel. With an eight-cylinder motor, you get a ton of power and a unique sound. V8s are also available in trucks to provide more pulling and hauling power.

However, you can find a few cars that have more than eight cylinders in the engine. Take the Bugatti Veyron, for example. It contains sixteen total cylinders, ready to push out incredible power.

How Does the Car Engine Work?

There are multiple types of car engines these days, from the gas-powered to the electric. However, if you are discussing the common internal combustion engine, the operation occurs the same, no matter how many cylinders it has.

If your car has any other type of engine, you can find the basics of its operation online, although many of the functions could still be the same.