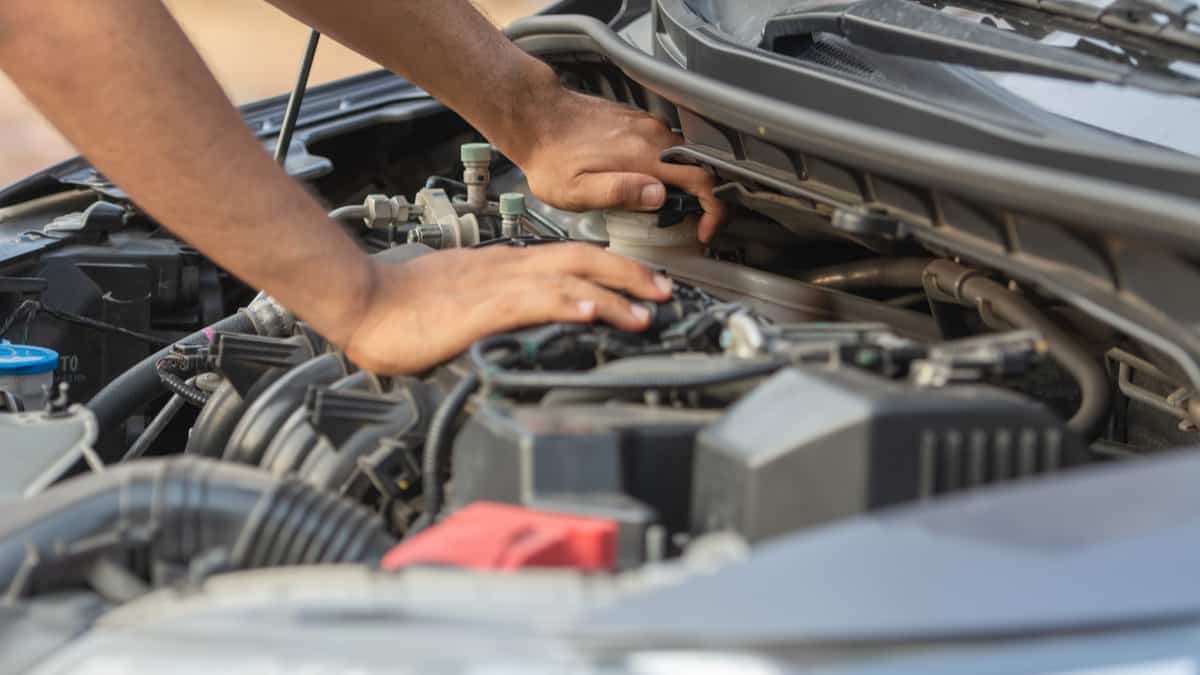 If you’ve heard a ticking sound coming from the engine area, you might be holding your breath. It’s a terrible sound, leaving dollar signs flashing before your eyes as you try to figure out what this is going to cost you to repair. The key to dealing with lifter tick is to first establish what’s causing it.

Determining the cause is just one step to fixing this noisy problem. We look at the causes and how to fix each one. We also examine the cost involved.

The most common causes of lifter tick include contaminated oil or not enough of it. Additionally, you might have used the wrong oil grade or be facing a bad lifter. Finally, it’s possible that the pushrod is bent, which requires replacement to fix.

Here is a more detailed list of the common causes of lifter tick:

The motor requires oil to ensure all of the components are properly lubricated. As it gets older, the lubrication breaks down, causing the engine not to run its best.

It’s important that you perform regular oil changes to combat this issue. Additionally, change the oil filter to ensure there’s no unnecessary contamination.

RELATED: How to Change the Oil in Your Car (5 Easy Steps)

Because the oil keeps the engine lubricated, there must be enough of it inside the motor to do its job. If the oil levels get too low and the engine can’t run its best, the lifters may not function properly.

Even if the engine isn’t making noise, you must resolve the low engine oil issue promptly. Allowing the engine to run with the wrong amount of oil can cause serious, irreversible damage.

All engines run different oil types. The viscosity rating must be carefully paid attention to if you want to ensure proper operation.

In colder climates, you want an oil that is less viscous, so it can flow faster. If the oil is too thick, the engine performance suffers when the temperatures dip low. However, the summer months require oil that runs thicker. You should be able to determine what oil viscosity is appropriate by checking the vehicle owner’s manual.

If the problem isn’t related to the oil, then the lifter itself might be to blame. If the lifter is malfunctioning and not moving as it should, you are going to hear a ticking sound that can become progressively worse.

The only repair for a bad lifter is to replace it. If you don’t take action soon enough, the problem might create a misfire as the valve no longer opens as it should.

The car’s age and the way it is driven can have a profound impact on how the pushrod operates. Over time or after a lot of abuse, it’s possible for the pushrod to bend.

When this happens, the lifter can’t function correctly, leaving you with an engine tick. The only way to repair this issue is to replace the bent pushrod.

How to Fix Lifter Tick

The first thing you should do to fix the lifter tick noise is to check the engine oil level. You also want to make sure the oil condition is good and change the engine oil and filter if it’s old. You can also try using an oil additive.

Here are some more detailed steps on how to fix lifter tick:

The maintenance of your car should be your top priority, which is why the engine oil and filter must be changed regularly. If you allow contaminated oil to run in the system, it could lead to a lifter tick. However, even when the system has clean oil, it might not have enough. Between oil changes, check the levels and top off when needed.

Make sure you always use the right oil type for your car and the season. You might need to swap your usual oil during different months based on the climate in your area.

To keep the oil its best, you may also consider using an additive. There are many high-quality oil additives that will clean out the engine components and keep the system fully lubricated.

Most engine oil additives benefit the valve lifters, pushrods, rocker arms and valves. With most formulations, you want to pour in the additive when you do an oil change.

We recommend the Liqui Moly 20004 Hydraulic Lifter Additive. This is an affiliate link and this means that at no cost to you, we may receive a small commission for qualifying purchases.

The worst-case scenario is that you need to replace a valve lifter. If it breaks, you have no option but to get a new one. At the same time, you might just replace them all because the bad lifter could have caused additional wear to the other ones.

There are also times when the valve lifter can simply be adjusted to avoid ticking if you have an older engine with solid lifters. A professional shop will be able to tell if there’s an issue with the clearance between the pushrods, camshafts and valve lifters.

If the pushrod has become damaged, it needs to be replaced. The same can be said about the rocker arm.

However, neither of these fixes is inexpensive, which is why it’s important to maintain and care for your engine in the first place. Replacing engine components can be time-consuming and requires great expertise.

What is a Lifter?

The hydraulic valve lifter is found next to each valve. This cylinder is connected to the valve by the rocker arm, which is a small rod. The lifter’s job is to help open and close the valve with the assistance of the rocker arm.

If there is a problem with the engine or the lifter, ticking noise can occur. The sooner the problem is resolved, the less likely you are to run into major repairs.

Your engine can also have a hydraulic lifter installed directly between the camshaft and the engine valve, depending on the engine type.

How much does it cost to fix a lifter tick?

If you simply need to perform an oil change to resolve the lifter tick, you might spend between $35 and $150. Doing your own oil change at home can help you save some money. However, if you need engine parts replaced, the bill is going to rise substantially.

Working on the engine requires a lot of time, so you must factor in the cost of the labor. For example, you could easily spend $250 to $1,000 to have the valve lifters replaced. If you drive a luxury vehicle or a large truck, this cost could exceed $1,500 until all is said and done.

Additionally, if you need to have a pushrod or rocker arm replaced, you could spend between $500 and $1,500. The total cost goes back to the type of vehicle you drive and the location where you take your vehicle for repair.

How serious is lifter tick?

Can lifter tick damage your engine?

Yes, if you are unlucky and the lifter gets damaged, it can create serious internal engine damage. There is a big risk that if something goes wrong with the lifter, the valves can hit the pistons, which can cause a lot of damage.

Can the lifter tick be fixed?

Yes, lifter tick can often be fixed by simply filling or changing the engine oil if it is old and contaminated. There are also some oil additives that can give the lifter a longer life. But sometimes the lifter is bad and needs to be replaced.

Yes, thicker oil can sometimes stop lifter noises in older engines. But usually, it can be enough to just replace the engine oil with the same type of oil. Some additives will also thicken the engine oil to prevent lifters.

How long can you drive a car with a lifter tick?

You should not drive a car with lifter tick at all without checking what is causing the lifter tick. Failure of the lifter can cause serious damage to the internal engine parts such as pistons or valves.

Lifter tick can sound like the engine is about to fail completely, although it can be as simple as an oil change to fix the noise. If you maintain your car properly on schedule, you can prevent lifter tick problems in the first place, which will most likely save you money in the long run.

I hope you enjoyed this article and now have the knowledge to fix your ticking engine yourself!