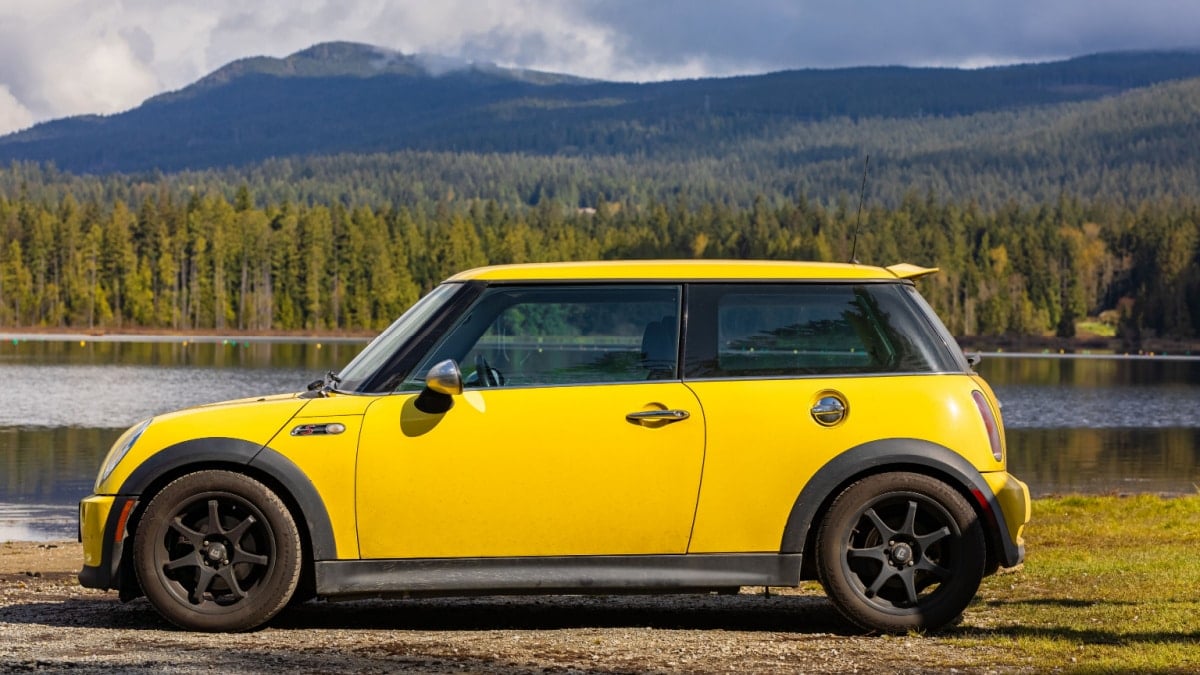 Mini is an automotive brand that’s been around since 1969 but was acquired by BMW in 2000. These sporty cars have attracted quite the following over the years, despite having a high starting price. However, many customers have come to find several Mini Cooper problems that are unbearable to deal with.

Before you buy a Mini Cooper, you want to know what repairs you might be dealing with in the future. That’s why we outline the most common problems with Mini Cooper models. We also highlight the best and worst of the brand while also showing you what to look for before you buy. At the end of our guide, you’ll find a FAQ section with the questions you’ve been asking.

The Most Common Problems With Mini Cooper

Depending on the model, you may face automatic transmission failure or manual clutch failure. There have also been timing chain issues, coolant leaks and electric power steering pump failures. The Mini Cooper is further known for variable valve timing issues and front radiator support failure.

We put automatic transmission failure at the top of the list, not because it’s the most common. In fact, it doesn’t happen often, but when it does, it costs a pretty penny to fix.

On average, you may spend between $6,000 and $6,500 to have a new transmission installed. Depending on how old the Mini is at the time, it might not even be worth the cost.

With a manual transmission, there’s a higher risk of clutch failure on Mini Cooper models. When the clutch wears out, it can cause extreme damage to the transmission.

While all Minis are at risk of this problem, it seems to be most prevalent in the 2022 to 2016 models. The repair isn’t quite as expensive as with an automatic transmission but still costs, on average, between $1,500 and $2,000.

The timing chain is responsible for connecting the crankshaft to the camshaft. With the Mini Cooper, the timing chain seems to wear prematurely, leading to slack in the operation.

If the issue isn’t dealt with immediately, it can lead to expensive repairs. However, even the average cost of replacing the timing chain is between $750 and $1,500.

In a normal vehicle, coolant leaks only happen after many miles of wear and tear. Yet, with first-generation Mini Coopers, the plastic thermostat housing and water pump have been a source of issues.

So many people had trouble that it’s now recommended to change these parts in the maintenance schedule. Mini recommends having them replaced every 50,000 miles, which is just absurd.

Mini Cooper vehicles have suffered from a recall because of the faulty power steering pump. The main problems seem to be with the 2002-2007 and 2012 models.

The electro-hydraulic power steering system fails because of a defective cooling fan. To prevent this, you want to inspect the system often for leaks and performance problems. If the pump has to be replaced, remember to add a new fan as well.

If there’s not enough oil, excessive friction occurs, which can lead to engine damage. The only way to prevent this is to check the oil levels more frequently and top them off whenever needed.

Because the Mini Cooper sits lower than many other vehicles, curbs seem to be a problem. If the car hits a curb, the radiator support in the front tends to break. After all, it’s only made from flimsy plastic.

Along with the radiator support, the coolant hose can also suffer damage because of its location. These problems are costly and a pain to deal with.

If you plan to purchase a Mini Cooper, you want to research the models carefully. Many are either considered one of the worst or one of the best. To help you out, we’ve chosen one of each to look at closer.

For example, the 2005 Mini Cooper S tends to be the least reliable. According to the NHTSA, it has more than 800 complaints. Besides that, there are four recalls and two open investigations about the power steering failures. It also tends to have loose timing chain issues, making it a hodgepodge of problems.

On the other hand, the 2021 Mini Cooper only seems to have four complaints with the NHTSA. Either people have stopped buying these cars or the automaker is building them better. So far, the only major problem has been issues with the clutch, which is easily avoidable by choosing an automatic transmission instead.

What To Look Out For When Buying A Mini?

If you have your heart set on a Mini Cooper, you must perform some due diligence before turning over the cash. If you aren’t careful, you could find yourself driving a lemon car. Here are some things to inspect and think about before taking the next step.

There are three generations to choose from, each with unique advantages and disadvantages. With the 1st Generation, you get an amazing style and lower cost. However, these also suffer from some of the most mechanical failures.

The 2nd Generation is considered better than earlier models. Many of the problems were worked out and there’s some upgraded technology. However, almost all of the issues were resolved by the 3rd Generation. The downside to this is the style isn’t as unique and you will pay the most for these models.

The Mini Cooper interior could be worn because drivers like to play hard. Take a good look at the front and rear seats for any damage to the upholstery.

If there’s damage, you want to factor this in with the cost. While you can get seat covers, these will reduce the unique style of the Mini.

It’s just as important to take a look at the exterior condition. View the Mini Cooper when the sun is out so you don’t miss any imperfections. You may also take someone with you that understands auto body and paint repair.

If the Mini has been in an accident, you want to look carefully at where the damage would have been. You can learn about accidents by getting a vehicle history report. Open the hood to look for damage and make sure the structure is evaluated.

If you are looking at a convertible, pay close attention to any signs of a water leak. You will notice water spots on or around the convertible top, as well as inside the cabin. These can be expensive to fix and should be avoided.

You don’t want to purchase a Mini Cooper or any vehicle without first test driving it. During the test drive, you should look for roads that are similar to where you will be driving every day. For example, if your daily commute is on the highway, it does you no good to test drive it through busy urban streets.

During the test drive, listen closely for any strange sounds from the engine. You also want to try out all of the accessories, including the stereo. Test out the brakes and get a feel for how the car handles. If anything seems off, walk away and find another one to try.

After the test drive, take a close look underneath the Mini Cooper. You want to use a flashlight and examine for any signs of a leak.

If something is leaking, you may be looking at expensive repairs. Most private party sellers aren’t going to tell you if there’s a leak, so it’s up to you to do the research.

A good way to avoid unwanted repair bills is to get a warranty. If you purchase a newer Mini Cooper, the factory warranty may still be in place. Additionally, many dealerships have Certified Pre-Owned Mini Cooper models that have low mileage and warranty support.

Aside from these, you could also purchase a third-party extended warranty. Price out the options to see if this is beneficial coverage for your needs.

Is A Mini Cooper a reliable car?

The Mini Cooper is often rated as having average reliability compared with other automakers. The trouble with Mini Cooper cars is the cost to repair problems. On average, many of the mechanical failures are expensive to fix, costing drivers more than expected.

Do Mini Coopers have maintenance problems?

Mini Coopers tend to have several issues that relate to maintenance. Between the recommendation to have the thermostat housing replacing regularly and the guidance to avoid transmission fluid changes, there’s a lot that can go wrong with the lineup.

What are some major problems with a Mini Cooper?

Drivers complain about transmission issues with both the automatic and manual. Additionally, major failures have been reported with the timing chain, electric power steering pump, radiator support and variable valve timing. There have even been coolant leaks occurring because of cheap plastic parts.

What is the lifespan of a Mini Cooper?

On average, a Mini Cooper should last between 150,000 to 250,000 miles. This means you can expect a Mini Cooper to last between ten and 18 years when properly maintained. The way the Mini was taken care of has a lot to do with how long it will provide service.

What’s the most reliable year of Mini Cooper?

Most people agree that the newer models are more reliable. So far, the 2021 Mini Cooper tends to have the fewest complaints with the NHTSA. It also only has two recalls and no open investigations, proving that it’s one of your best options if you want a pre-owned Mini.

If you are looking to drive a Mini Cooper, you are probably most excited about the unique and fun style. Still, you must consider the common Mini Cooper problems that could cause you to despise your ride after a few miles. If you aren’t careful, you could drive a lemon car that causes nothing but headaches.

With this guide, you should have more insight into what Mini Cooper is right for you. By taking your time to make a decision, you avoid costly repair bills later on. While it can be a pain to slow down the buying process, a little extra time keeps more money in your pocket.