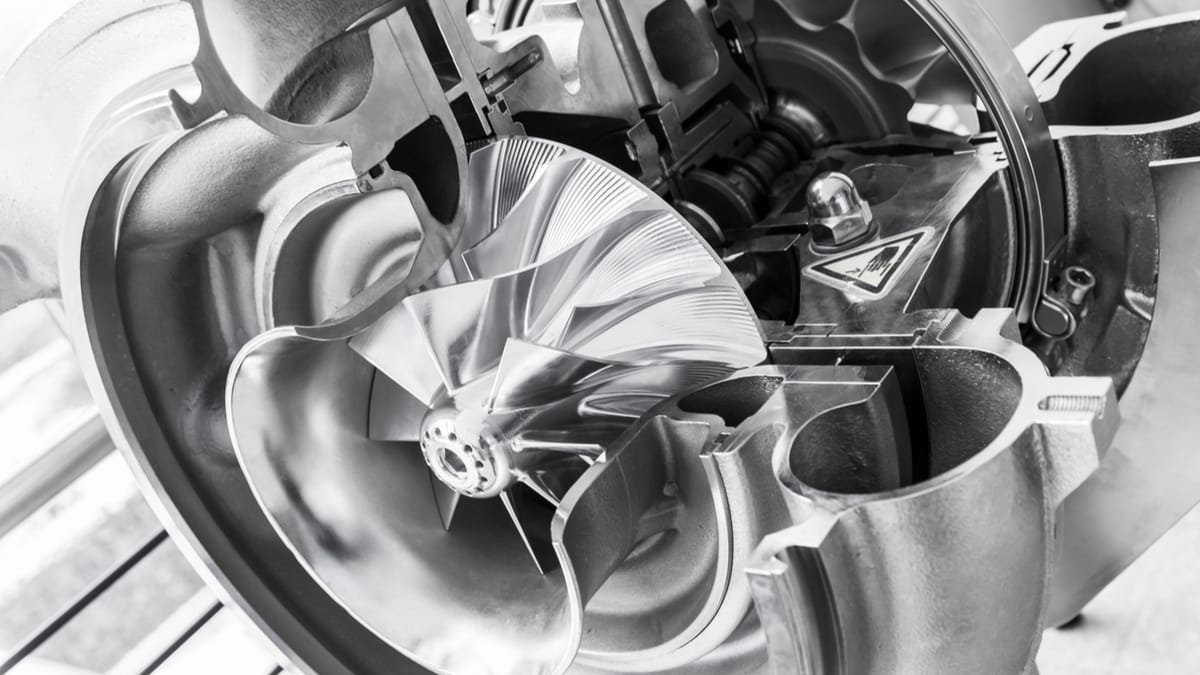 If you’re new to owning a turbocharged vehicle, two terms you’re going to have to get used to are turbo lag and turbo spool. But while these two terms often get used in the same conversation, they’re completely different things.

In this guide, we’ll walk you through everything you need to know about both terms and give you some helpful tips on how you can reduce both, but chances are you’ll only want to reduce one! Don’t believe us? Just keep reading.

Table Of Contents show
What Is Turbo Lag?
How Can You Reduce Turbo Lag?
1. Downsize Your Exhaust Downpipe
2. Upgrade Your Blow-Off Valve
3. Upgrade Your Intercooler
What Is Turbo Spool?
Frequently Asked Questions
What causes a turbo to lag?
Do all turbo cars have turbo lag?
How do you drive with turbo lag?
What makes a turbo spool faster?
How do I get the turbo spool sound?
Conclusion: Turbo Lag & Turbo Spool

What Is Turbo Lag?

Turbo lag is the difference in time between when you press the accelerator and when the turbo kicks and delivers extra air to your engine. Understanding why turbo lag exists requires a quick lesson on how turbos work.

Turbos work by taking energy from the exhaust with an exhaust impeller and then transferring it to build pressure into the intake pipes with an impeller on the intake side. This extra air increases the amount of power that your vehicle can produce.

But since it is quite a big area to build pressure into the intake pipes, it takes a little time to give you the power output you’re looking for. This lag time is called turbo lag.

How Can You Reduce Turbo Lag?

While you might be thinking you can’t reduce turbo lag since you’re dependent on the vehicle increasing the amount of exhaust before it can effectively use it, you’d be wrong. While it’s impossible to eliminate turbo lag completely, it’s not impossible to reduce it.

That’s because your turbo system isn’t 100 percent efficient, and the more efficient you make it, the less turbo lag you’ll have. Below we’ve highlighted three different ways you can reduce turbo lag.

If you’re decreasing your exhausts downpipe, you’re going to decrease your turbo lag, but the tradeoff is that you’re going to reduce your top-end horsepower too. That’s because a smaller downpipe increases the speed of the exhaust, which increases your turbo spooling.

While this increases how quickly the turbo can spool, it also decreases overall airflow, which reduces overall turbo effectiveness. You’ll have to find a balance somewhere, but if you have an excessive amount of turbo lag, this can be an effective way to reduce it.

However, you might end up increasing the overall amount of noise that your blow-off valve creates. This might not be a big deal to you, but just know that it’s a possibility. Furthermore, know that this is not going to be as effective as downsizing your exhaust downpipe.

The shorter the distance between your exhaust and your turbo, the less turbo lag you’ll have. Some units prioritize the shortest possible pipes over everything else, and if you opt for one of these units, you’ll reduce the amount of turbo lag that you’ll have.

Just know that while there are no downsides to upgrading your intercooler and piping, you’re not likely to see significant results when it comes to turbo lag. Instead, you’ll shave hundredths to tenths of a second off your turbo lag time.

What Is Turbo Spool?

Turbo spool is the time it takes from when the turbo starts building pressure until it reaches full pressure. As you might figure out, it is therefore very different compared to the turbo lag – the turbo lag is when you press the accelerator pedal until it starts creating power.

Also, the turbo spool is determined by the size of the engine and the turbocharger. It can also be increased with things as an improved turbo impeller, for example.

What causes a turbo to lag?

Turbocharger, or turbo, as it is commonly called, lags because of the way it works. These pressure-generating devices have blades inside them, which rotate at high speeds as exhaust gases go through. And when you press the throttle, it takes a second or two for these blades to spin up fast enough to create enough pressure.

Do all turbo cars have turbo lag?

Yes, turbo lag is something all turbocharged cars have, although this is not equally noticeable among them. As a rule of thumb, gasoline engines and those with big turbos will lag more than smaller turbochargers, which will have less boost at higher speeds. Car makers have been trying to get the best of both worlds with technologies like variable vane geometry or twin-scroll turbos.

How do you drive with turbo lag?

First, keep the engine revs above the speed at which the turbocharger shuts off. For instance, if you need instant throttle response and your turbo kicks in at 2,000 RPM, don’t let the revs go below that limit. If driving a car with a manual transmission, you can do this by shifting into a lower gear. This is also possible in most automatics, where gears may be manually selected.

What makes a turbo spool faster?

The size of the turbocharger is the most decisive factor here. A bigger turbo will have the capacity to generate a lot of power, but it will take more time to spool up. As opposed, a smaller turbo will spool much faster, but this comes at the expense of high-end performance. Another thing that shortens the spool time is the rear housing size, with smaller being better once again.

How do I get the turbo spool sound?

The first thing to do is fittin an aftermarket Cold Air Intake from a reputable manufacturer, such as K&N or Roush. This is because stock car intakes are designed to reduce the induction noise and make the car more subtle. Other mods that increase the turbo spool sound include high-flow downpipes, different blow-off valves and ECU tuning.

A turbocharger is, in effect, a pump that uses exhaust gases to deliver pressurized air to the engine. By doing so, a turbo increases the engine’s power output and improves its overall efficiency. While cars with such engines are smoother and fuel-efficient, they have one downside – turbo lag.

In simple words, this is the time needed between pressing the throttle and the engine actually starting to accelerate. This happens because it takes a second or two for the turbo to spin up fast enough to create enough boost pressure.