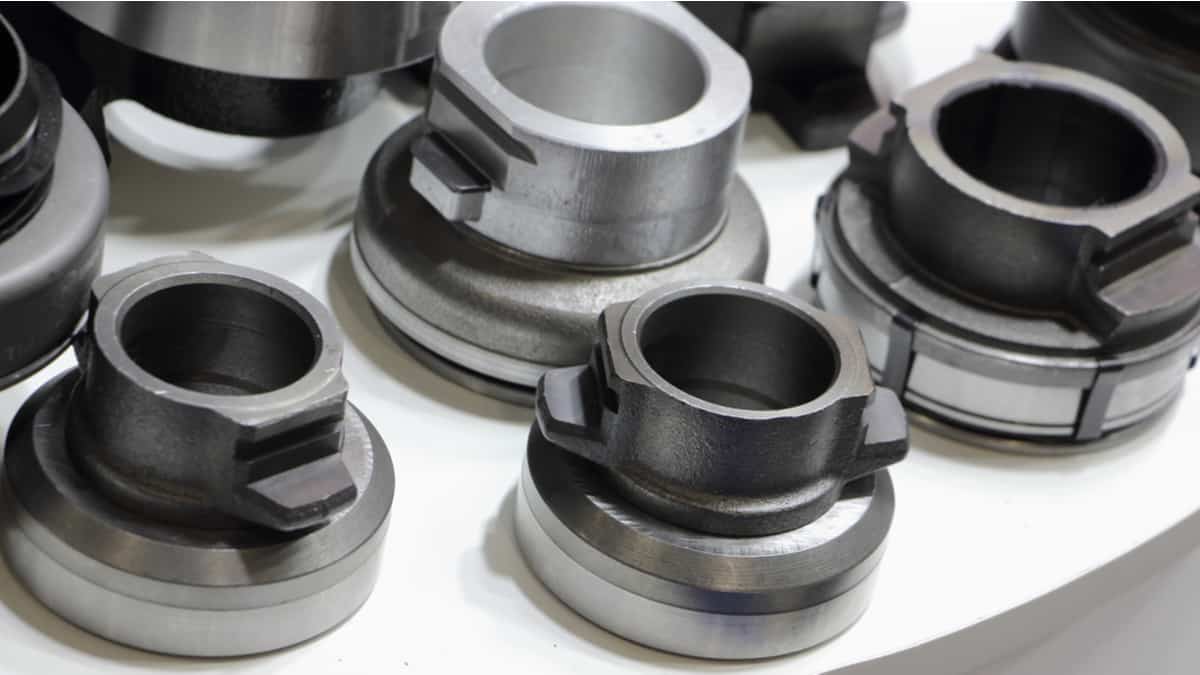 If you drive a stick-shift vehicle, it’s only a matter of time until you need to work on the clutch. But just because you have problems shifting doesn’t mean that the clutch is automatically the problem.

There are tons of components between your foot and the clutch, and any one of them could be your problem. One of those integral components is the throw-out bearing, sometimes known as the clutch release bearing, and it’s notorious for giving out.

What Are The Symptoms Of A Bad Throw-Out Bearing?

The main symptoms of a bad throw-out bearing include:

Below we’ve highlighted a more detailed list of the signs of a bad or failing throw-out bearing to look for:

1. Noise When Depressing the Clutch

Your throw-out bearing presses directly against the clutches pressure plates, and if you don’t have a consistent and flush fitment, it’s going to make a ton of noises when you depress the clutch.

Moreover, it won’t be a one-time thing, it’s likely to chatter the entire time you have the clutch depressed, and those noises are only going to be worse when you’re actively pressing and releasing the clutch.

Usually, this problem only occurs after the problem has progressed for a bit. It’s also when the problem becomes more dangerous as you’ll struggle to shift in and out of the necessary gear while driving, which can easily lead to an accident.

4. Too Stiff of a Clutch

If your throw-out bearing is creating a ton of problems, then it’s not going to press against the clutch pressure plates as easily as it should. While this might not seem like too big of a deal, it’s going to cause you to have to push harder on the clutch pedal to depress the clutch fully.

This extra force will likely be negligible at first, but as the problem progresses, it will get worse. Furthermore, it’s possible that the throw-out bearing will “catch,” leading to your clutch pedal temporarily getting stuck. This can lead to big problems as you’re driving.

RELATED: 7 Symptoms of a Worn or Bad Clutch

5. Grinding While Shifting Gears (Even Though the Clutch Is Depressed)

Anyone that’s ever driven a stick shift vehicle is well aware of what grinding gears sound like. But if you’re doing everything the correct way and have the clutch pedal fully depressed, but you’re still hearing grinding noises, the throw-out bearing might be the culprit.

As it chatters, it can cause your clutch to reengage or prevent your clutch from fully disengaging in the first place. When you go to shift gears, you’ll notice the problem as loud and obvious grinding will result.

You might be able to push past this a few times, but ignoring the problem altogether is only asking for more significant issues down the road.

When you push in the clutch, you push the throw-out bearing in, and when you release the clutch, it moves back out.

While these are incredibly durable components, they also get a ton of use, and the clutch exposes them to a ton of friction and pressure. While you can preserve your throw-out bearing a bit by taking it easy on your clutch, if you drive enough, it’s only a matter of time until you need to replace it.

This makes it a challenging component to get to unless you’re an experienced transmission technician with all of the proper equipment. Keep in mind that only vehicles with manual transmissions have a throw-out bearing.

The average throw-out bearing replacement cost ranges between $400 and $1500, with almost all of that cost being labor.

That’s because an aftermarket throw-out bearing only typically only costs between $10 and $30. But while the price of a throw-out bearing is so cheap, it’s challenging to get to. You have to remove the entire transmission, making it one of the more complicated jobs to do yourself.

Moreover, because of the increased labor costs, most people don’t replace just the clutch bearing. Instead, they typically replace the entire clutch, so they don’t have to pay for the labor twice in a short timeframe.

The cost for a certified mechanic to replace your vehicle’s clutch ranges from $1,200 to $1,500. While that’s significantly more than replacing just the throw-out bearing, if you need a new throw-out bearing, your clutch isn’t far behind.

If you end up needing the job twice, you’ll be spending an extra $600 that you could’ve saved by doing it all at once.