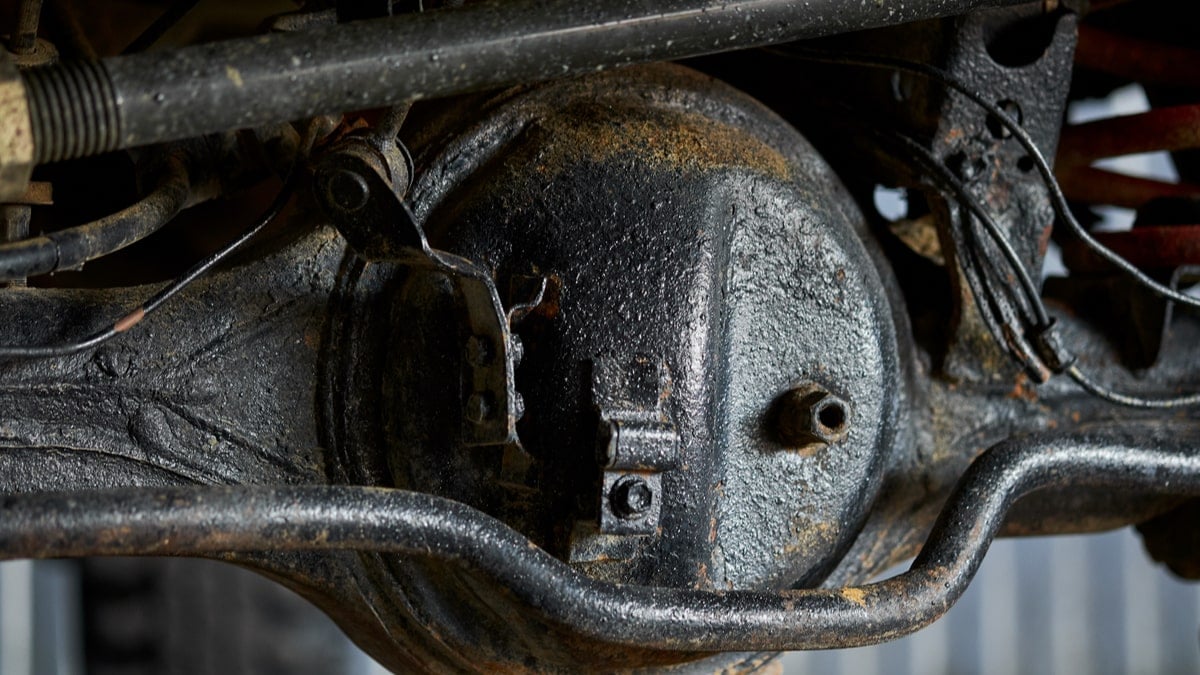 There are plenty of components in your vehicle’s drivetrain, but one of the lesser-known components is the rear differential. This is largely because in modern vehicles, the differential is extremely reliable and doesn’t often need repairs.

The first sign that there’s something wrong with your rear differential will be something that you hear. But, people often misdiagnose rear differential noises, leading to a panic-inducing headache until the repair shop tells you what’s really going on.

We’ll walk you through everything you need to know where to properly diagnose rear differential noises and potentially keep you out of the repair shop.

The easiest way to determine if it is a wheel bearing or differential noise is by slightly turning at higher speeds; if the sound changes when the weight distribution of the car changes – you definitely have problems with wheel bearings and not the differential.

A wheel-bearing noise will come from one of the axles, which means it’s going to sound louder on one side of your vehicle than the other.

Meanwhile, a rear differential noise is going to come from the differential housing. But you can’t lay underneath your vehicle and see where the noise is coming from because you can only hear it when the vehicle is moving!

That’s why when you’re diagnosing a rear differential noise, you should have at least two people in the car to listen from where it is coming.

If you’re having trouble, try shifting sides of the vehicle. If the noise is louder on one side than the other, the noise is likely coming from a faulty wheel bearing, not the rear differential.

The most common rear differential noise is a whirring sound, although it’s not unheard of to have a clunking or banging sound as you accelerate. Both noises indicate worn-out gears, although a banking or clunking noise is much more severe, and you need to address it immediately.

If you do hear a whirring noise, it’s going to remind you of what a worn-out wheel bearing sounds like. In fact, it’s the exact same sound and worn wheel bearings are far more common, which is why people often misdiagnose them.

While the whirring sound might not be as serious as a banging or clunking sound, that doesn’t mean that you can ignore it.

Finally, another sound that you might hear is a “chattering.” This happens with the teeth on the gears of your rear differential break. Not only will you hear the chattering sound if this happens, but you’ll also feel vibrations in the steering wheel.

The faster you’re driving, the louder the noise will become and the more vibrations you feel. This is another serious condition that you need to address right away.

While you might think that a single broken tooth on a gear isn’t that big of a deal, they typically break 2-4 at a time, and once a few teeth break, it’s putting more stress on the next ones, and it’s only a matter of time before the next 2-4 teeth break off. The small chattering can turn into a big problem in no time.

The only thing you can do to minimize your chances of needing rear differential repairs is to keep up with the regular service intervals. Rear differentials utilize a thick oil like 90-weight to keep everything running smoothly.

While this oil can last a long time, it still does need to be serviced every once in a while. Keeping up with the regular service intervals greatly reduces the chances that you’ll need to rebuild or replace your rear differential.

However, skipping these service intervals all but assures that you’re going to need to make expensive repairs at some point.

The average cost to repair a rear differential ranges from $500 to $2,000 depending on what you drive and where you take it for repairs.

While you might be thinking that you can rebuild or repair your differential yourself, just know that it’s one of the more complicated components in your vehicle and it’s extremely easy to screw up.

Unless you already know what you’re doing, it’s usually best to leave it up to a certified repair shop. Otherwise, you can end up causing even more damage as you’re trying to fix it.

What Happens If You Don’t Repair a Damaged Rear Differential?

That’s because as more teeth break and more gears wear out, the more everything is going to slip and “chatter” as you’re driving. This slipping and chattering aren’t just loud and noisy – although it is – it’s also impacting the stability and control of your vehicle.

This can easily lead to an accident, and since the problem gets worse the faster you go, you’ll likely get into an accident while traveling at a higher rate of speed, which increases the likelihood that you or someone else will be seriously injured.