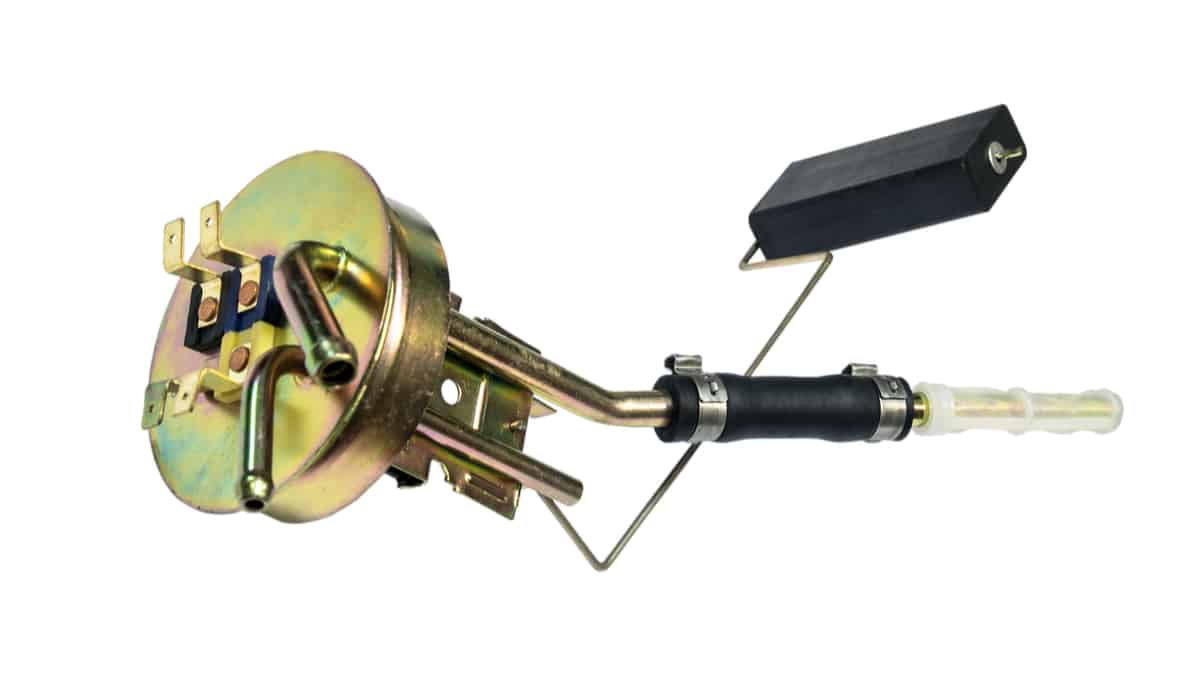 You may take for granted the value of having a working gas gauge in your vehicle. It tells you how much fuel is left in the tank and alerts you when it’s time for a fill-up.

We look at each of these symptoms of a bad fuel sending unit. Our article also covers the fuel gauge sender replacement cost while looking at the location and function of this valuable component.

The most common symptoms of a bad fuel gauge sender include erratic behavior, as well as reading empty or too full. Any time the fuel gauge acts up, it could be caused by a failing sending unit.

Here is a more detailed list of the signs of a bad or failing fuel gauge sender to look for:

The fuel gauge should never make quick changes or operate erratically. When it’s operating correctly, the fuel gauge is going to consistently move toward empty until you refill the tank.

However, when the fuel gauge sender starts to fail, you might notice different behavior. The gauge could suddenly alter its position or supply you with an inaccurate reading.

One minute you might notice the tank is three-quarters of the way full, and the next, it is reading empty. While there could be an electrical problem with the instrument cluster, a bad fuel gauge sender is most often to blame.

Related: Fuel Gauge Not Working or Is Inaccurate?

It’s also possible for the fuel tank to read empty even when it’s not. If you’ve put fuel into the tank, but the gauge doesn’t move, this is a clear sign that the sending unit has failed.

When the float breaks or gets separated from the arm, the gauge malfunctions. With nothing to read, it shows an empty tank. Additionally, a faulty resistor in the system can also cause this malfunction.

While it is less common, the gauge can also show full when the sender is bad. Having a fuel gauge stuck at full is often a sign of a bad resistor instead.

The resistor sends the wrong signal to the instrument panel, giving you the full tank indication. However, if the resistor isn’t to blame, it’s possible that the sender is the culprit instead.

The fuel gauge sender is found inside the fuel tank on your vehicle. It will be attached directly to the fuel pump.

You will locate the sender because it has a base that contains a float and rod attached to it. This float is hollow in design and lightweight. It’s meant to sit on the fuel surface and it doesn’t sink. The rod attaches directly to the base and contains a rheostat meter to register how much fuel is in your car’s tank.

The Function of a Fuel Gauge Sender

The fuel gauge measures the resistance of the sender. The lower the resistance, the closer the fuel gauge gets to the empty (E) sign on the dashboard. If the resistance is all the way at the top of the spectrum, this indicates that the fuel tank is full (F). However, all of the locations between the empty and full marks are all measured, ensuring you know exactly how much fuel is in the system.

These replacement costs vary based on what type of car you drive and how difficult the installation is. If you are mechanically inclined and have the right tools, you can replace the fuel gauge sender yourself and save money on the labor expenses.

You can drive a vehicle with a bad fuel gauge sender. However, you won’t have an accurate reading showing how much fuel is in the gas tank. Some people choose to use the trip meter to measure how much fuel is left, but this method isn’t reliable. You might think that you can simply carry a portable tank of fuel in the trunk, but this option is dangerous because of the exposure to fumes and potential fire risk.

The main symptoms of a bad fuel gauge sender include: