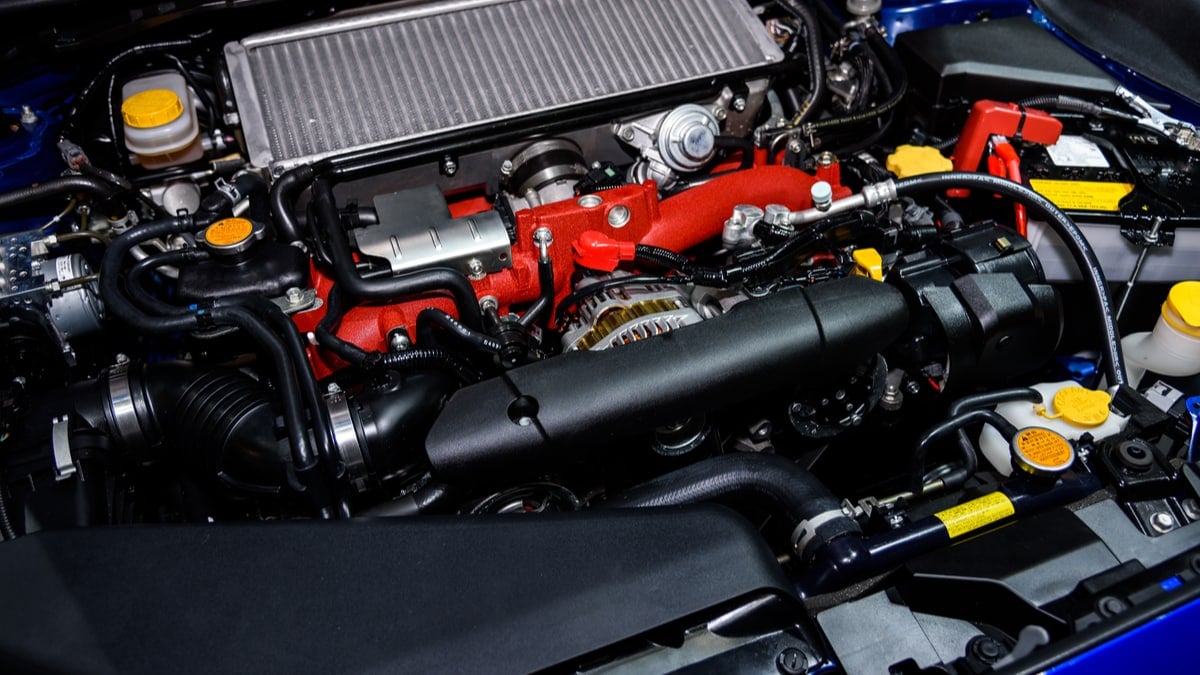 Subaru vehicles are known for reliability and performance, which is why the automaker continues to have a loyal base of customers.

Even with its stellar reputation, Subaru has made some mistakes in the past. In fact, some of the 2.5-liter four-cylinder motors are known for blown head gaskets, leading to costly repairs. What models are affected by the Subaru head gasket problems and what should you know?

If you are in the market for a used Subaru, you will want to know which models to avoid. It’s also imperative that you understand what a blown head gasket is so you can avoid any car with symptoms.

What is a Head Gasket?

The purpose of the head gasket is to maintain the appropriate tolerances between these two heavy metal parts. Basically, the gasket ensures that the oil passages and coolant flow remain separate from one another.

The head gasket must be precisely placed and secured to ensure that everything is sealed properly. In most engines, the head gasket will last the lifetime of the vehicle. The only time it would require replacement is if there were major engine repairs being performed.

However, a faulty head gasket can create problems. The gasket does move slightly as the engine heats up and cools down. With each operating cycle, the head gasket must absorb and dissipate the heat properly to ensure the seals continue working as they should. When the head gasket is faulty, oil and coolant start to mix, creating a costly situation.

The Subaru EJ251, EJ252 and EJ253 engines are the most susceptible to head gasket problems due to the composite-style head gaskets. These 2.5-liter engines came in several configurations and were updated during production a few times.

While any engine could endure a head gasket failure, there are some Subaru models that are specifically known for this problem. It turns out that the design of the engines resulted in head gasket trouble.

What Models are Affected by Subaru Head Gasket Problems?

Subaru head gasket problems seem to affect the following models the most:

Of course, the boxer engine might also be to blame because of the design. With a Subaru boxer motor, the engine lays flat instead of standing up like most models. In these engines, the pistons move from side to side.

While the engines contain fabulous weight and balance properties, fluids pool up next to the head gasket instead of draining normally after the engine is turned off. Even when the parts are upgraded, the acids from the fluids start to eat away at the seal.

Not only can a head gasket fail because the engine overheats, but it can lead to the problem too. When the head gasket isn’t sealed as it should be, hot gases from the exhaust end up in the cooling system, or the coolant can leak into the cylinders. Either way, you end up with an overheating engine.

If you continue driving while the engine is overheated, the cylinder heads can warp. Steam can also cause damage to the catalytic converter, leaving you with an even bigger repair bill.

Any leakage in the engine block can cause performance to suffer. When the compressed air or fuel is able to escape, compression in the engine is reduced.

A lack of compression creates an engine that runs rough and doesn’t respond. There could also be sounds that resemble an exhaust leak.

When the head gasket blows, it’s common to see a milky sludge on the dipstick or under the oil filler cap. This substance has been referred to as a milkshake and is caused by the coolant mixing with the oil.

When coolant gets into the oil, continuing to drive will damage the bearings of the engine. Not only will the head gasket need to be replaced at this point, but the engine will need to be flushed and equipped with a new filter. You should also have the bottom end disassembled to check the bearings.

If white smoke starts pouring out of the exhaust, it’s a tell-tale sign of a blown head gasket. This smoke will likely smell sweet because of the antifreeze that has leaked past the head gasket into the cylinders.

As part of the combustion process, the coolant turns into steam. However, if the leak is coming from an oil passage, the smoke might be blue instead, although this happens less frequently.

When the gasket fails between the oil or water passages and the exterior of the engine, you will notice either an oil or coolant leak. While this condition is still serious, it’s the least worrisome way for a head gasket to blow.

At first, you will notice a dropping fluid level and might also spot the leak. However, if the fluids get too low, you could create other engine issues, so don’t ignore the problem. Of course, leaking fluids can also cause a car fire, so you need to use caution.

The average Subaru head gasket replacement cost is going to be $2,000 to $4,000. Sadly, the labor alone can make up $1,200 to $3,000 of that bill. Typically, you can look at a parts bill ranging from $800 to $1,500, especially once the tensioners, idlers, water pump, timing belt and seals are added in. Additionally, if your Subaru has a manual transmission, you could spend up to $500 more on the total cost.

Repairing a head gasket is not something for the average DIY mechanic to tackle. The car will be in the shop for at least a few days and an engine specialist should work on your Subaru because the motor needs to be dismantled to ensure everything is fixed properly.