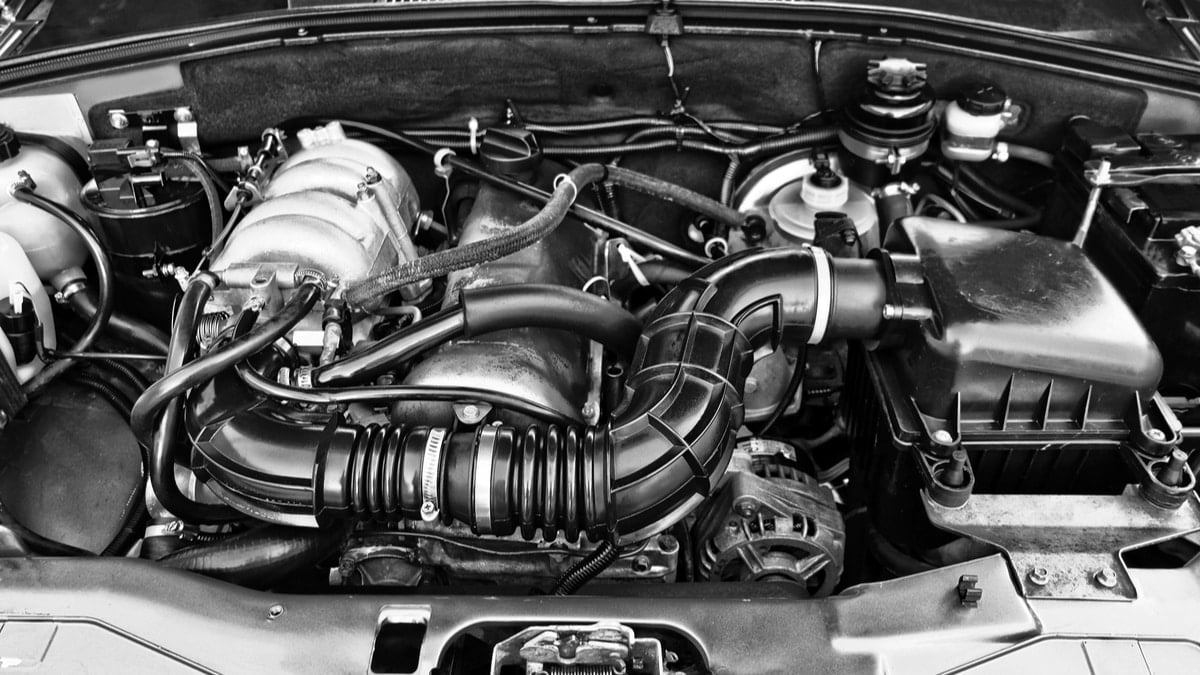 In modern vehicles, there’s no getting away from emission standards. Every auto manufacturer is required to meet them, which means that they need to install additional components on your vehicle.

When that happens, you’re going to start noticing a variety of symptoms, and the longer you leave them alone, the more severe they’ll get. That’s why we broke down the most common symptoms of a faulty secondary air injection pump here before diving into everything else you need to know about these nifty components.

Below we’ve highlighted a more detailed list of the signs of a bad or failing secondary air injection pump to look for:

Your vehicle’s manufacturer fills it to the brim with sensors, and these sensors monitor just about everything that your car does. So, it’s no surprise that if you have a faulty secondary air injection pump one of these sensors will tell the ECM to let you know through a check engine light.

The most common code you’ll run across is a P0410, a Secondary Air Injection System Malfunction. However, you might also get a code for an oxygen sensor or your catalytic converter. If that’s the case, you have a check engine light because of one of the symptoms, not the cause.

That’s why it’s always best to hook up an OBD II scan tool to your vehicle when making diagnostic repairs – that way, you diagnose the problem correctly the first time.

Your secondary air injection pump is an emissions component, so it’s no surprise that if it’s acting up, you’re not going to pass an emissions test. The more fresh air that your catalytic converter gets, the better it can do its job.

Your secondary air injection pump monitors the hydrocarbon levels coming out of the engine, and if it’s getting the wrong readings, it can tell your ECM that something isn’t going right inside the combustion chamber. This can lead to performance problems like slower acceleration.

Another set of performance problems that can come from errant readings from the secondary air injection pump is a stalling engine or reduced power output. This is because your engine is changing the overall performance based on errant readings, which in turn creates actual problems as it tries to run.

This is why you should fix a faulty secondary air injection pump as soon as possible. Otherwise, you might run into problems as you drive, and these problems will only worsen over time.

Sometimes the only performance problem to come up is a low idle. That’s because as you press the accelerator, your vehicle produces more hydrocarbons, which can be enough to get the sensor working as it should. This gets the ECM back to sending the correct readings to the engine.

However, the longer the problem goes on, the more likely the problem will continue at higher RPMs.

You can locate it by looking for something like the picture here above or below. It a hose going to the intake, so follow this hose.

The Function of a Secondary Air Injection Pump

The secondary air injection pump is an emissions component that lowers emissions by pumping in fresh air just before the catalytic converter.

While this might seem like it’s cheating the emissions system by lowering the percentage of hydrocarbons in the exhaust, that’s not how the testing works, and it actually increases the number of hydrocarbons your catalytic converter can convert into water.

Simply put, the more fresh air that your vehicle has in the exhaust system, the more effective the catalytic converter is at its job.

The average secondary air injection pump replacement cost is between $250 and $400. This is significantly cheaper than replacing the primary air pump, which can cost from $600 to $700.

Keep in mind that the exact cost for your vehicle’s repairs will vary depending on what you drive and where you take it in for repairs.

If you’re looking to save a little money when you’re replacing your secondary air injection pump, you can swap the parts out yourself. However, the parts themselves range from $200 to $300, while the labor usually costs less than $100.

But if you can jack up your vehicle and reach the secondary air injection pump, then the job itself is relatively straightforward, so it’s not hard to save a little bit of money. Just make sure that you properly jack up and secure the vehicle so you don’t get crushed while swapping the parts.

The main symptoms of a bad secondary air injection pump include: