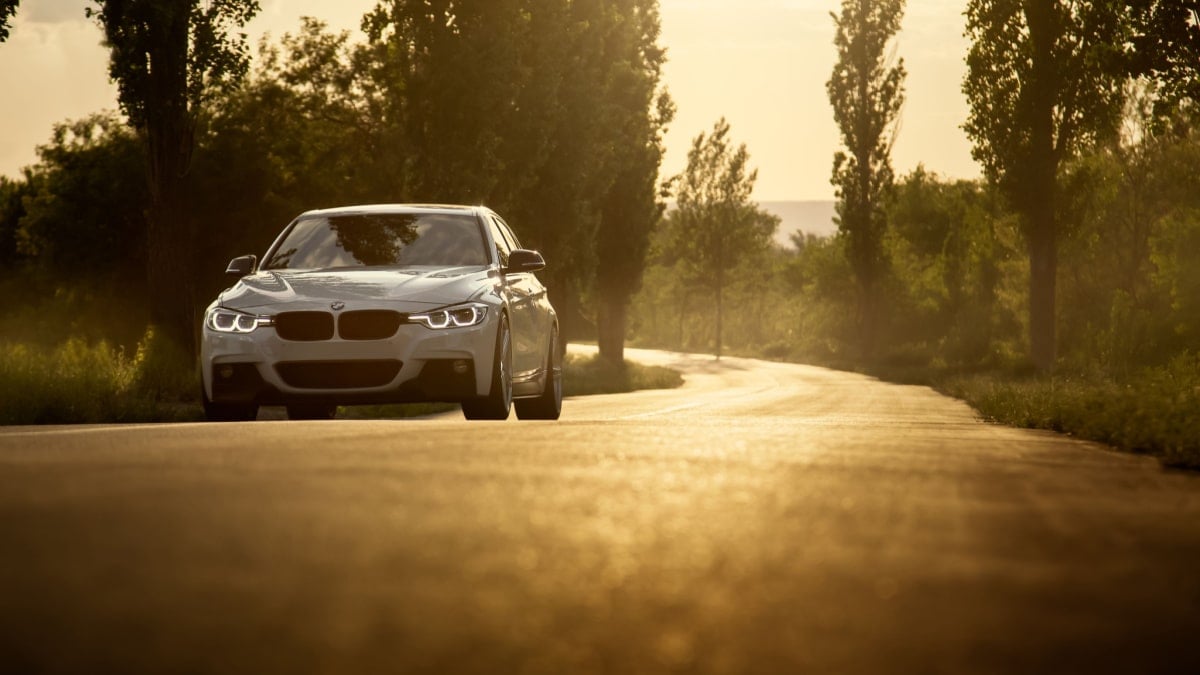 BMW is one of the top German automakers in the world. The company has become known for its strong lineup of luxury automobiles and high-performance motorcycles. What does BMW stand for and how did the company get started?

We answer these important questions in this informative guide. We also touch briefly on the company logo and show you the difference between the words Bimmer vs. Beemer.

Table Of Contents show
What Does BMW Stand For?
History of BMW
1. Creation
2. Automobile Creation
3. Better Times Ahead
4. Modern Days
What Does the BMW Logo Mean?
Bimmer or Beemer?

What Does BMW Stand For?

When the company was first founded, it was designed to build aircraft engines. Its headquarters were based in Munich, Germany. Karl Rapp resigned from the company in 1917 and the name was officially changed. Bayerische means Bavarian, which indicates where the company is headquartered in Bavaria. This federal state is located in the southeastern region of Germany, on the border of the Czech Republic and Austria.

The legal name of the automaker is BMW AG. In this designation, the AG stands for Aktiengesellschaft. What does this word mean? It shows that the incorporation is owned by the shareholders.

The aircraft engine manufacturer was created more than a century ago. It only lasted six years before it was officially renamed Bayerische Motoren Werke, what we now call BMW.

BMW’s official date of founding is March of 1916. However, during the company’s years in business, aircraft manufacturing continued from 1917 through 1918 and then again during 1933 to 1945.

At the time of the war, BMW focused heavily on aircraft engine production, but motorcycles were built on the side. During this time, automobile manufacturing almost ceased completely. The factories were bombed heavily during the war, putting further hurting on the manufacturing operations. During these hard times, BMW started creating bicycles, pots and pans, which all helped to pay the bills.

Once the war was over, BMW increased the production of motorcycle engines while also adding railway brakes, household items and farm equipment to its list of products. The first motorcycle was built in 1923, known as the BMW R 32. The company also set a world speed record, which wasn’t broken until many years later, in 1937.

In 1928, the company started shifting operations to automobiles. BMW rebadged the Dixi and called it a BMW 3/15.

By 1951, BMW was ready to create an entire automobile. Its first vehicle after the war was a six-passenger luxury saloon. This model was meant for the luxury market, but it didn’t sell well. Even still, it wasn’t a complete failure because the technology was needed to further build a strong reputation.

In 1951, BMW released the 501 and the company expanded its lineup in 1955. When BMW first tried to create a smaller car, it faced a lot of competition from Volkswagen. It became so hard for BMW that 1959 brought it to the edge of bankruptcy.

From here, things looked up for BMW. Herbert Quandt took some of the controlling interest in the company and oversaw the launch of the 700 Series. After this, the 1500 models were released. The manufacturer also launched new motorcycles that are still popular today.

By 1962, BMW had a complete lineup of compact sedans that helped the luxury automaker earn standing in the top brands. During the 1960s, the automaker continued to expand the lineup, with new sedans and coupes offered regularly. In 1968, the New Six sedans were released, which included the 2500, the 2800 and the American Bavaria. New coupes also included the 2.5 CS, along with the 2800 CS.

The BMW headquarters were moved to a new location in 1971, with a unique building that was inspired by a four-cylinder motor. Once at the new headquarters, BMW was able to create the 5 Series, with the 3 Series and 7 Series following close behind.

In 1978, BMW released the M division, which changed the definition of a supercar. One of the more popular models was the M3, which was released in 1986. This is the same year when BMW released its debut V12 engine, outfitted inside the 750i. A separate M Group facility was created in Nurburgring, Germany.

In 1994, production began beyond Germany. A factory was established in South Carolina, where new X5 and X6 models are built today. There were also locations established in Oxford and South Africa, among others. This is also the year when the 6 Series debuted.

As the 20th century closed, BMW became one of the most popular luxury brands on the market. It purchased the Rover Group only to resell it to Ford in 2000. However, as part of the acquisitions, BMW retained control of Rolls Royce and MINI.

Today, BMW continues to lead the charge with the latest technologies. In 2011, BMW released the ActiveHybrid 7, which was the first hybrid model for the automaker. Shortly after, the i3 electric car was revealed in 2013.

BMW still exports around 50,000 vehicles to the Middle East, Australia, Africa, the USA and Japan each year. The lineup now contains a variety of sedans, coupes, SUVs and sports cars designed to fit any lifestyle. The company also offers some lower-dollar variants, perfect for people looking to dip a toe in the luxury market.

RELATED: BMW vs Mercedes: Which Brand Is Better in 2022?

What Does the BMW Logo Mean?

By now, you are likely used to seeing the iconic BMW badging that’s blue and white. Have you ever wondered what it means or where it comes from? Obviously, the colors are designed because of the Bavarian flag, but what is the purpose of the logo itself?

Most enthusiasts believe that the BMW logo is meant to look like an airplane propeller. That would make sense since it’s the roots of the automaker. If you look closely, it could easily resemble the propeller operating against a blue sky.

However, representatives from BMW claim this is just a coincidence but a fun one. While the logo has been gently redesigned throughout the years, the overall feel of it hasn’t been changed. For this reason, most people instantly recognize the logo when it’s first spotted.

Both the terms Bimmer and Beemer are meant to be slang terminology for the BMW brand, but for different reasons. Today, you are sure to be corrected if you use the terms incorrectly around someone with a passion for the BMW brand, which is why it’s vital to know what you are talking about.

Most enthusiasts will tell you that Beemer is meant to talk about the motorcycle lineup, while the Bimmer designation is for cars. Yet, if you are in Canada, you will hear the term Bimmer for both. Beamer is also a term that showed up before the other two. It was used in Great Britain to talk about the motorcycles and separate them from the bicycle lineup made by a local company, Beezer.

READ MORE: Why Are BMWs Called Beamers or Bimmers? – The Story Behind