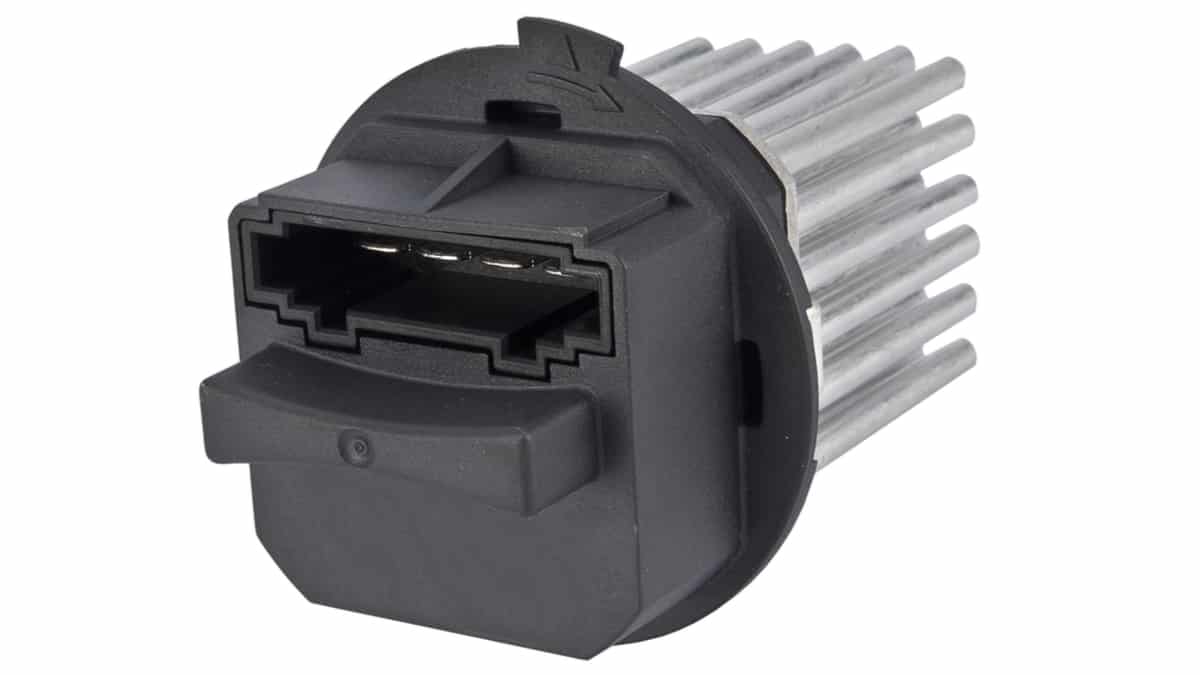 When you sit behind the wheel of your vehicle, you expect the climate controls to work as directed. So, what happens when the system isn’t blowing air as you demand? In some cases, it could be a bad heater blower motor resistor causing your trouble.

In this article, we discuss the symptoms that the blower motor resistor is failing and show you where to look for it. We also discuss the replacement cost, so you can determine if it is worth fixing. Let’s begin with a look at the signs to look for:

Here’s a more detailed list of the most common symptoms of a bad blower motor resistor:

1. Only One Speed From Blower Motor

If the resistor fails or shorts, the blower motor might remain stuck at a particular speed. While you could still use the air conditioning or heater at his speed, you will want to repair it for complete functionality again.

This symptom can also be caused by other bad HVAC parts. You might want to troubleshoot the connections to the motor or the fan switch to ensure they haven’t become faulty.

On the other hand, you might notice that the fan works in several settings, but not all of them. When the system is off, the blower motor resistor isn’t needed. This is also true when the blower motor is set for full speed.

However, the other settings require the resistor to control the flow. With that said, this condition could also be caused by the blower motor switch. Because of this, you might require a further diagnosis to determine which part is the culprit.

3. No Air Coming From Vents

When the resistor goes out, you might not be able to get any air to come out of the vents. The blower motor resistor controls the power to the system’s blower motor. When it fails, it can cut off all power to the motor.

When the blower motor doesn’t get power, air pressure can’t be produced. You are left with a heater or air conditioner with nothing coming out of the vents.

However, there are other things you might want to check before the resistor if nothing is coming out of the vents. If nothing is working, you should start by looking at the fuses first. From here, you might also consider that the blower motor itself has quit.

Because the fan speed is regularly adjusted, the resistor endures a lot of wear. The constant stress can cause it to fail at any time.

When the resistor fails, it becomes more difficult or impossible to change the airflow speed. To diagnose it, the electrical circuits must be evaluated. There are many parts that could cause the same problems, but they are all located relatively close to one another for easier diagnosis.

The heater blower motor resistor replacement cost could be between $10 and $60, depending on what type of car you drive. In the scheme of air conditioning and heater parts, this is one of the least expensive to replace.

The average labor costs to replace a blower motor resistor vary based on where you live and the type of vehicle you drive. It’s wise to shop around because you could get a variety of quotes, with some being nearly double another provider. In general, you can expect to pay between $50 and $200 for the labor associated with blower motor resistor replacement, giving you a grand total of between $60 and $260 for parts and labor.