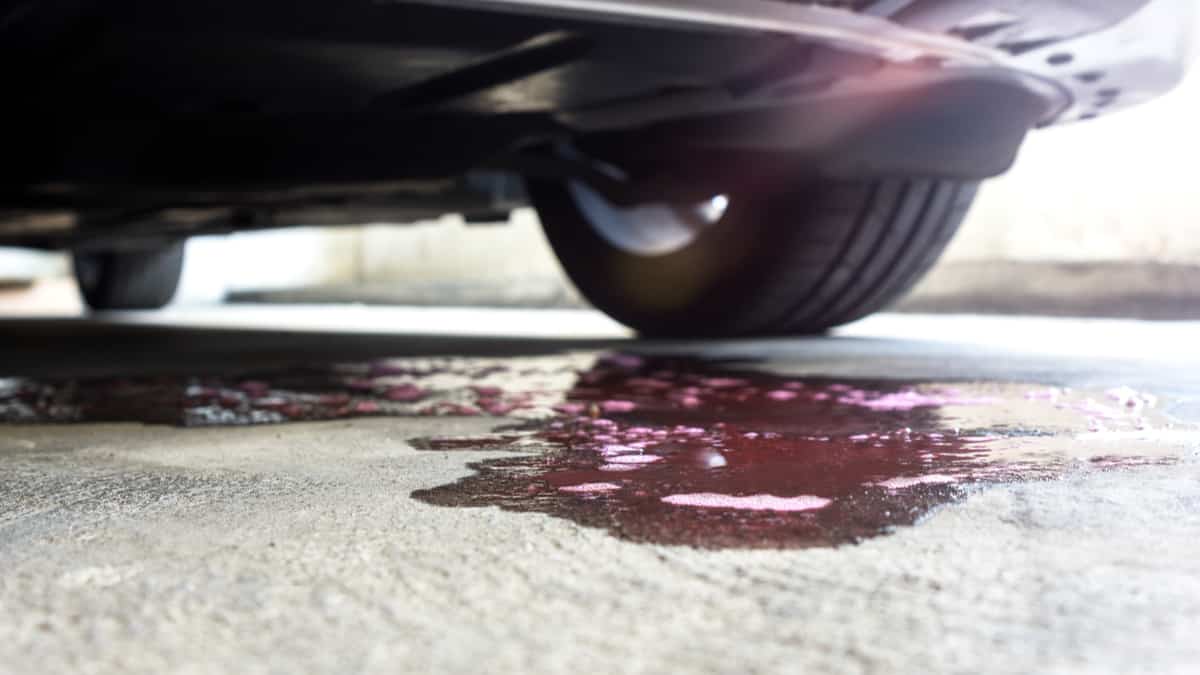 If you are performing a coolant flush or fixing your car, you need to know how to dispose of old antifreeze safely and properly. Otherwise, you put your loved ones, pets and the environment at risk.

In this guide, we cover the ways to dispose of antifreeze. We also discuss the dangers that this substance provides.

Table Of Contents show
How to Dispose of Antifreeze
Check Antifreeze Condition
Flush Coolant
Transfer to Safe Container
Dispose at an Appropriate Location
Avoid Dangerous Practices
What is Antifreeze?
What’s Toxic about Antifreeze?
Frequently Asked Questions
Can I pour antifreeze down the toilet?
Does antifreeze evaporate on the ground?
Is coolant bad for the environment?
Where can you get rid of antifreeze?

How to Dispose of Antifreeze

To dispose of antifreeze, you need to check the condition of the antifreeze first. Flush the old coolant from the vehicle and put it in a safe container. Dispose of your antifreeze to an appropriate recycling center, service station, or auto parts shop that will help you.

RELATED: How to Add Antifreeze To Your Car (7 Steps)

Antifreeze is an engine coolant that gets mixed with water. It’s used to regulate the engine temperature, keeping the motor from overheating. This liquid is just as important as the motor oil and transmission fluid.

The modern antifreeze mixes together with water to reduce the freezing temperature of the water. It also increases the boiling point. The liquid gets pumped throughout the engine, removing the heat from the motor. It also helps to prevent corrosion. You should change the antifreeze in your car every 30,000 to 60,000 miles. Check the owner’s manual to see what’s recommended for your vehicle’s make and model.

Antifreeze is a glycol-based substance created with propylene glycol. Antifreeze used to be made out of ethylene glycol. However, the ingredients were changed once the toxicity in children and pets became apparent. Part of the cause of the trouble was the excessively sweet taste and smell that attracted kids and pets who didn’t know any better.

RELATED: Can You Use Water Instead of Coolant? (Why You Shouldn’t)

Antifreeze is toxic because of the glycol it contains. This chemical is harmful to pets and people. However, there are two types with varying levels of toxicity. Here are the two you want to know about.

Ethylene Glycol Antifreeze: This is the more toxic of the two. It’s not used as frequently as it once was. When this chemical is ingested, it can damage the kidneys, lungs, liver and brain. Ultimately, it leads to organ failure and death, especially if left untreated. Plus, ethylene glycol harms the reproductive system and can create birth defects when pregnant. The worst part is that this antifreeze contains a sweet smell and taste, making it even more appealing to those who should stay away from it.

Propylene Glycol Antifreeze: This is the most used type of antifreeze today and is an ingredient in the majority of products found in the store today. Propylene glycol is considered to be less poisonous than the previous version. However, you should still use it with care because it can create harm. If it were to be ingested in large quantities, it could cause irreparable harm.

RELATED: Can you Mix Different Types of Coolant? (Which Types?)

Whatever type of antifreeze you use, it’s important to care for it the right way, store it safely and dispose of it properly.

Can I pour antifreeze down the toilet?

No, antifreeze is very poisonous and will harm the environment and wildlife if it gets into water supplies. It can also be corrosive and damage your plumbing. Take your old antifreeze to a service station or recycling center.

Does antifreeze evaporate on the ground?

Antifreeze will eventually evaporate on the ground, but it will take a very long time. This also depends on whether it is mixed coolant and how much water it contains. The water will evaporate much faster than the antifreeze.

Is coolant bad for the environment?

Where can you get rid of antifreeze?