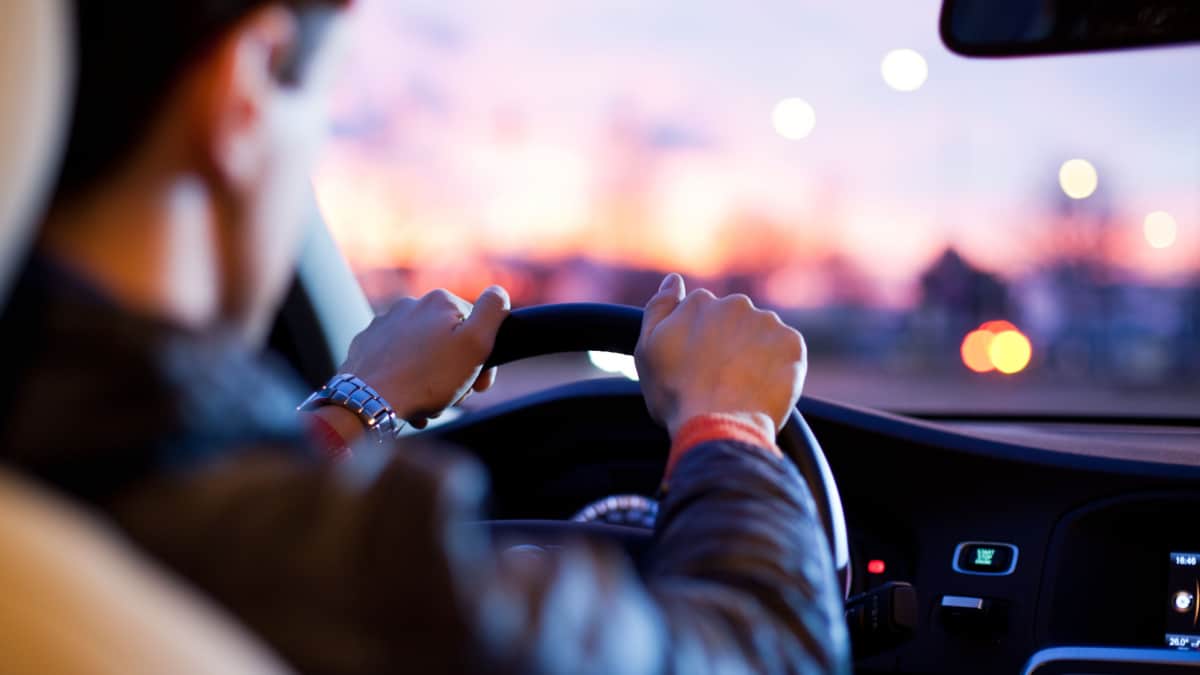 Your car engine is known for making a multitude of different sounds, all of which become normal after listening to them for miles. That’s what makes the whining noise when accelerating so alarming. It’s not a natural sound and it instantly causes worry.

In this guide, we cover each of the causes in-depth. We also show you what to do to fix the problem and discuss other instances that might cause whining, such as when the car is turning or the engine is idling.

Table Of Contents show
Causes of Whining Noise When Accelerating
1. Damaged Serpentine Belt
3. Vacuum leak or boost leak
2. Steering System Failure
4. Worn Bearing
5. Transmission Trouble
6. Low Engine Oil
How to Fix Whining Noise When Accelerating
1. Perform Visual Inspection
2. Top Off Fluids
3. Replace Defective Parts
4. Consult a Mechanic
Other Times the Car Might Whine
1. When Turning
2. When Idling
Frequently Asked Questions
What can cause a high-pitched whining noise in a car?
Can low transmission fluid cause a whining noise?
Will an alternator whine when accelerating?
How long will a whining alternator last?

Causes of Whining Noise When Accelerating

This whining noise can be caused by a bad serpentine belt, a boost leak or a vacuum leak. It could also be due to a power steering issue, worn bearing or low engine oil. In extreme cases, the whining could indicate that there’s a larger problem with the transmission that needs attention.

The serpentine belt is responsible for driving numerous components of the vehicle. As you accelerate the car, the serpentine belt tries to run at a faster speed to keep up. For this reason, if there’s a failure, you might notice the whining sound is louder.

Serpentine belts are known to crack and dry out over time. When this happens, the belt can’t grip the pulleys and it begins to slip. If you notice the belt is failing, you want to replace it before it gives out completely. Once it breaks, you will be stuck until the repair can be made.

If there is a vacuum leak in the intake manifold, it can create a whining sound when you accelerate, especially if your car’s engine is equipped with a turbocharger, which will expel the air from the leak.

The most common cause for a vacuum leak is a broken hose around the intake manifold, but it could also be a leak around the boost pipes if your car has a turbocharger.

RELATED: How to find a Vacuum Leak & How to Fix It (8 Easy Steps)

There are multiple components making up the steering system that could lead to a whining noise as they fail. Some of these parts may whine all the time, while others are more noticeable during acceleration.

There are multiple bearings used throughout the car that could be causing a whining noise. You have bearings located on the drive pulleys, running the accessories. There are also internal bearings in the alternator that can create a whining noise while you accelerate.

The easiest way to locate a bad bearing is to remove the serpentine belt and manually rotate all accessories and pulleys to see if the bearings feel good.

The car’s transmission takes power from the engine and ensures it gets to the appropriate wheels for movement. Yet, as the car ages, the transmission can start to fail, especially since there are so many internal parts that need to be in tip-top shape.

As the transmission fails, it starts to create a whining noise. It can also grind, especially when switching gears. However, there’s also the possibility that the transmission fluid is simply low, which could also cause problems. It could also be due to a damaged torque converter, which has been known to whine when failing.

There’s always the chance that low engine oil is causing your problems. The engine needs the right amount of oil to ensure the motor remains lubricated and protected. Without motor oil, the engine will eventually cease and fail to run.

As the engine oil level drops, you could hear a variety of noises, especially whining. This problem can be most prevalent as you attempt to accelerate since the motor is put under pressure during this operation.

How to Fix Whining Noise When Accelerating

At the first sign of strange noises, you should stop the vehicle in a safe location and perform a visual inspection. If you have a friend with you, the process might be easier. Attempt to pinpoint where on the vehicle the noise is coming from.

With the vehicle in Park, your friend could rev the engine while you look around. If you can determine what part of the vehicle the noise is coming from, you have a better chance of repairing it quickly. Additionally, if there are any warning lights on the vehicle, you should use your code scanner to determine what’s going on.

The easiest solution will always be to fill up the fluids. You should check the motor oil, transmission fluid and power steering fluid to ensure everything is at the full line.

If it isn’t, it’s time to put some more fluid in. Use a funnel and the appropriate type of fluid for your vehicle to keep the systems running their best.

If you were able to pinpoint the problem, it’s time to replace the culprit. Whether you need a new serpentine belt or bearing, you might be equipped to handle the job on your own.

One way to locate whining noises is to remove the serpentine belt and check the bearings in all pulleys and accessories by turning them by hand. If the bearing is bad, you will likely feel it when you turn the pulley.

Make sure you gather all of the parts needed before you get started. It’s also helpful to have a copy of your car’s service manual for diagrams and instructions designated to make the job easier. If you don’t feel equipped to handle the repair on your own, it’s best to move on to the next step instead.

If you aren’t ready to tackle the repair or you can’t determine what’s wrong, it might be time to visit the local car repair shop. Some tasks are going to be complicated to handle, requiring the use of a professional.

While this avenue might cost you more than doing the job yourself, you will know that the problem was dealt with by an expert. If you are talking about the car’s engine or transmission health, it’s often best to put the outcome in the hands of someone else. Just make sure you check the reputation of the shop you plan to visit first or you could be ripped off.

It’s not uncommon to hear whining noises as you turn the steering wheel. The most obvious cause for this situation is related to something failing in the power steering system. You should start by checking on the steering belt. It could have become loose or damaged. If so, go ahead and tighten it or replace it before further problems occur.

If the belt looks good, there could be a leak in the system. You want to check the fluid level to ensure it’s right. If the fluid is low, you should fill the reservoir and hunt down the leak before it becomes worse. If none of these seem to be the culprit, the trouble could be coming from something going on with the transmission.

Most car owners have become accustomed to the idle noise coming from their vehicle’s engine. It should be familiar and regulated. If you start to notice whining as the engine idles, there’s probably something wrong. The noise could get worse while accelerating or it could remain the same.

Either way, vacuum leaks or low oil levels could be the most obvious issue. It’s time to check for any vacuum leaks and check the oil level and top it off if necessary. If it’s almost time to do an oil change, you might prefer to go ahead with this maintenance task instead. While this is a simple solution, larger engine problems could be to blame.

Either way, it’s important to pay attention to any change in noise. The sooner your act, the better your chances are of resolving the problem without larger mechanical issues.

What can cause a high-pitched whining noise in a car?

If you experience a very loud high-pitched whining noise when you accelerate your car, there is a risk that there is a leak from your intake manifold or boost pipes. It is also possible that your serpentine belt has failed.

Can low transmission fluid cause a whining noise?

Low transmission fluid can cause a whining noise, but it’s pretty rare. However, checking the transmission fluid is a fairly simple job in most car models and should be done anyway. If your transmission level is good, you should look for a bad serpentine belt or a vacuum leak instead.

Will an alternator whine when accelerating?

A good alternator in most car models will not make a whining noise loud enough to detect from inside the car when accelerating. But if the bearing in your alternator is bad, you can hear it when you accelerate.

How long will a whining alternator last?

There is no way to tell how long a whining generator will last, it depends on the damage. It can last just a couple of miles or thousands of miles, it’s like a lottery. If your car has a whining alternator, it’s best to replace it as soon as possible.