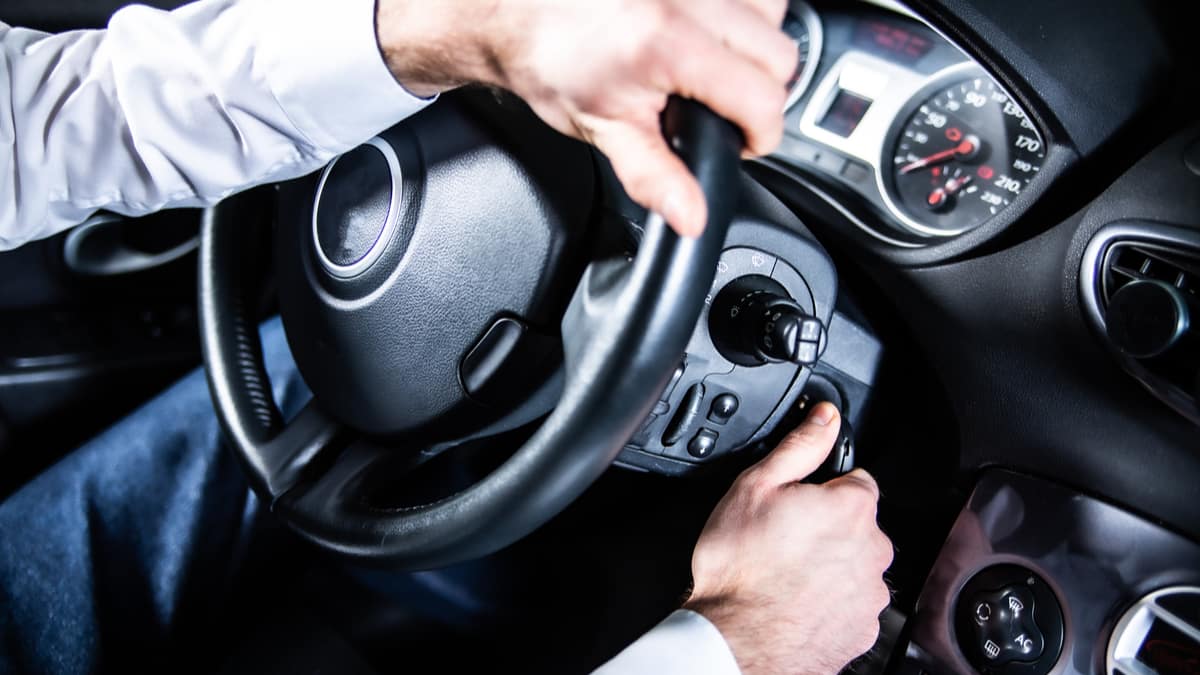 Have you ever gone out to the car in the morning only to find out you can’t get the key to turn in the ignition? It’s one situation that’s sure to confuse and irritate even the most patient person.

When the key won’t turn in the ignition, your natural reaction is to force it harder, but you should never do this. Instead, you need to figure out what’s causing the malfunction.

In this guide, we examine all of the reasons why the key might not be turning. We also show you some simple fixes to the most common problems.

The most common reason why a key won’t turn in the ignition is that the steering wheel might be locked. Aside from that, the car might not be in Park, or there are troubles with the key itself. Beyond that, the ignition lock cylinder could be broken.

Here is a more detailed list of the most common causes of why a key won’t turn in the ignition lock.

When you take the key out of the ignition, the steering wheel can become locked. When this happens, it won’t turn and can often get stuck. While the system is meant to keep thieves from stealing your car, it can also be annoying when it stops you from getting the key turned.

This issue can only occur with a physical key configuration. Newer cars with an electronic key don’t suffer from the same malfunction. If the steering wheel is stuck on these cars, there’s a larger issue.

In many vehicles, you find a feature that keeps you from starting it when the gear shifter isn’t in Park or Neutral. However, this is only a concern if you drive an automatic transmission.

If you have a manual transmission, this won’t stop you from turning the key. Also, older vehicles don’t always have this safety feature.

RELATED: Key Stuck In Ignition? (8 Easy Steps to Remove it)

Is the key worn out and old? If it has become deformed or bent in any way, the cylinder pins aren’t going to drop appropriately to turn the key, as it won’t be recognized when you insert it.

In many cases, these keys are still close enough to the original to get into the ignition cylinder, so you might not immediately see the problem. There’s also the chance of some dirt or other contaminants on the key causing the cylinder to mistake its shape. If you keep your key in your pocket or purse where dirt and dust can accumulate, you need to examine its condition.

Finally, it’s possible that you grabbed the wrong key. If you have a multitude of keys, you may have picked one up that looks similar, but it doesn’t actually belong to this car.

If the key isn’t the problem, the ignition lock cylinder could be to blame. Something could be blocking the keyhole. In fact, the slightest change internally can prevent the key’s teeth from lining up where it needs to be.

In some cases, you might be able to resolve the problem quickly without any professional help. At worst, you are going to need to have the ignition lock cylinder replaced.

Newer cars are utilizing electronic ignition systems. To get started, the system relies on the car battery. If the battery has died, the system might not recognize the key in the ignition.

These modern vehicles need the power to turn the key. If there’s no power flowing, the key won’t move and you won’t be able to start the engine.

How To Fix A Key That Won’t Turn in Ignition

If you think the steering wheel lock is stopping you from turning the key, you have a simple fix. Turn the wheel rapidly from side to side. While you do this, you want to try turning the key again.

This small action helps to relieve the pressure on the lock. Once the wheel becomes released, you should be able to use your key normally again.

Take a peek at the gear shifter to see where it’s located. If it’s anywhere but Park or Neutral, you need to move it and try the key again.

In some cases, the gear shifter can look like it’s in the right position. To be sure, move it out of Park and back in.

Make sure you have the right key in your hand. It’s possible that you grabbed your spouse’s as you walked out of the door. Additionally, you want to check its condition. If it looks worn out or bent, try a spare key to see how it works.

You can also clean off the key if it looks dirty. Rubbing alcohol is perfect for making the key like new once again. Use a lint-free cloth to ensure nothing sticks to the keys while cleaning it.

If you determine the key is to blame, you want to have a new one made. You can call the dealership to get a new key cut. The locksmith can’t always handle making a key, depending on what kind it is.

If the key seems to get stuck in the ignition, try some WD-40 for lubrication. You can spray it right into the ignition cylinder to loosen everything up a little. Try the key again, but wiggle it around slightly to distribute the lubrication.

If there’s something obstructing the cylinder, spray it out with compressed air. Be careful with the types of lubricants and cleaners you spray into the cylinder, as some can lead to further buildup.

The worst-case scenario is that the cylinder is broken and needs to be replaced. A mechanic will have to perform this fix if you aren’t familiar with the system.

If the car battery is to blame, you will have other signs. The headlights, interior lights and accessories won’t power on either.

If the battery is dead, you can try starting it with your portable battery charger. If it continues to die, you might need to replace it or the alternator.