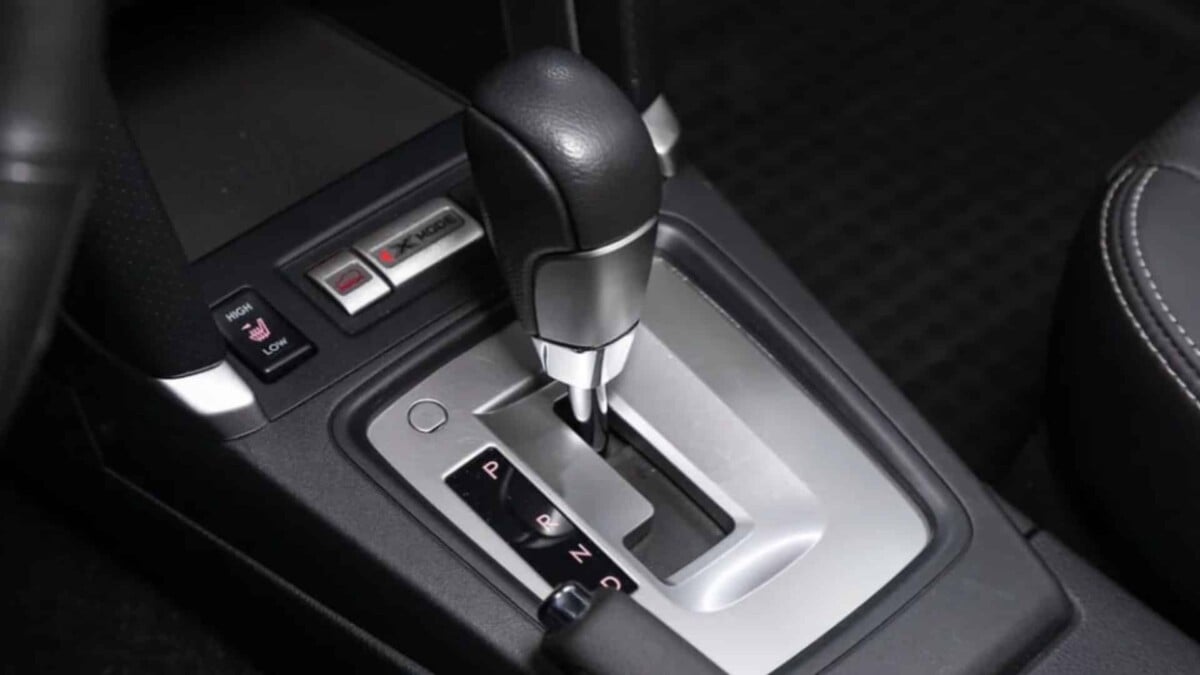 Overdrive is one of those vehicle-related terms that sound very cool. In reality, it is a pretty cool feature, but it is in no way exciting.

You might imagine that the overdrive button would give your car superpowers to make it go faster or make it sound like a roaring lion.

Instead, the overdrive feature found in most cars acts as an inhibitor against your car’s fuel needs. It does that by reducing the amount of strain on the engine.

But what exactly is happening behind that overdrive button? We have all the answers you probably need to solve your questions.

Overdrive is a driving technology that allows the driver to maintain higher speeds without excessive engine wear or fuel consumption. Overdrive works by changing the transmission ratios on the last gear so that it acts like an extra gear.

These older units also have a special overdrive unit on the back of the transmission. This unit contained sun, planetary, and rings gears to control the overdrive gear ratio.

What does overdrive do?

Overdrive in older cars electronically engaged an extra gear on the output shaft of the transmission to let you drive at lower RPMs but higher speeds.

Older gearboxes often had the highest gear as a 1:1 ratio, which caused the engine to rev a lot at higher speeds. These gearboxes often had 3 or 4 gears, and instead of rebuilding the whole gearbox for more gears, they installed an extra overdrive unit on the rear of the transmission.

In modern vehicles, the overdrive gear is often referred to as gears with a ratio lower than 1:1, which is often the highest gear or the two highest gears.

A gear ratio over 1:1 means that the output shaft spins faster than the input shaft on the gearbox. In overdrive, the gear ratio is between 0.6 to 0.8 against 1. This allows the car to cruise at fast speeds but a low RPM. In essence, the overdrive gear focuses more on producing faster wheel rotations in a minute instead of making more torque for acceleration.

At highway speeds, there is no need to accelerate continuously, for which you would need torque. Overdrive gears are therefore preferable for highway driving rather than city driving.

When Should You Use Overdrive Gear?

The best situation to use the overdrive gear in your car or truck is at higher speeds above 50-60 mph, depending on the car model. Check your repair manual for any specific situations or speeds for your car model.

That makes it perfect if you are planning to drive for a long time; otherwise, you won’t be able to feel its effects as much.

Fortunately, many cities are riddled with highways nowadays, so there is ample opportunity for you to test the overdrive function. If you go into overdrive at low speeds, you will lose torque, and you wouldn’t be able to accelerate your car as you should. By using overdrive at faster speeds, you can save fuel and elongate the life of your car’s engine.

RELATED: What Does O/D Off Mean In A Car Dashboard?

When Not to Use Overdrive?

We discussed that using overdrive at lower speeds would compromise your car’s performance, but you will still, in most cases, be able to drive without any worries.

However, there are situations where you should never use overdrive. One such situation is when you are climbing a hill or going off-road.

These applications require high-torque, which is exactly what overdrive restricts. Furthermore, using overdrive is a bad idea if you are looking to overtake a vehicle. In general, overdrive technology is suitable only for cruising. That is the only situation when you could make good use of it.

Do not under any circumstances mistake overdrive with high-performance, or you could get in big trouble. Cruising saves fuel, and when done with overdrive, cruising can really save you some money.

RELATED: What is the purpose of the D3 Gear in my Automatic Transmission?

Using Overdrive on a Manual vs. an Automatic

Contrary to popular belief, both automatic and manual cars have overdrive functionality. The overdrive gear performs the same in both manual and automatic cars because, in essence, it is just a gear that has a low ratio in modern cars.

The real difference is exactly what you would expect, and that is, in a manual car, you have to select when to apply the overdrive gear, while in an automatic car, the overdrive gear is activated by the ECU. Some automatic vehicles also come with a separate overdrive button to press the get better fuel efficiency.

When it comes to manual cars, the highest gear on the transmission is usually touted as the overdrive gear since it has the lowest gear ratio. Most cars nowadays have 5 gears on them, but you can even find some cars with six or seven gears. Like for example, the overdrive gear in a six-gear transmission would be the sixth gear. This is the reason why having more gears equals a better fuel economy.

The higher the number of gears in the transmission, the lower the gear ratio will be. That is why trucks have nine, ten, and even fourteen gears. They can easily conserve fuel as they travel long distances in very high gears.

Which vehicles have overdrive?

Almost all car models have some kind of overdrive gear, and it applies to both manual and automatic transmissions.

However, if you are talking about the classic overdrive gear with a button on manual transmissions, it is an old feature that applied to some older car models.

Older automatic transmissions had the same type of overdrive gear that is engaged automatically instead of using a button to engage it.

If we are not talking about the old “button” style overdrive – almost all car models have an overdrive gear, and this is referred to as the last gear (with the lowest gear ratio).

Does Overdrive Save Gas?

Yes, the overdrive function reduces the RPMs of the engine at a higher speed and therefore saves a lot of gas for you. If you are driving at too low RPMs, it can increase fuel consumption instead, though.

Is It Okay To Tow in Overdrive?

It is never a good idea to tow a car in overdrive gear. When you are towing a car – you would prefer to have as much torque as possible. The overdrive gear is giving exactly the opposite, lower torque.

Is It Bad To Use Overdrive All the Time?

Using it at lower gears and speed will cause more stress on the engine, especially when you need more torque. It is better to just use it at a higher speed, like highway cruising, for example.

Does Overdrive Make You Go Faster?

In most car models, the overdrive gear is way over the capacity of the maximum speed of your car. Theoretically, it makes your car go faster though if you have enough power for it!

Does O/D off mean that the Overdrive is off?

Yes, O/D stands for overdrive and therefore does the O/D off symbol tells you that the Overdrive function is off.