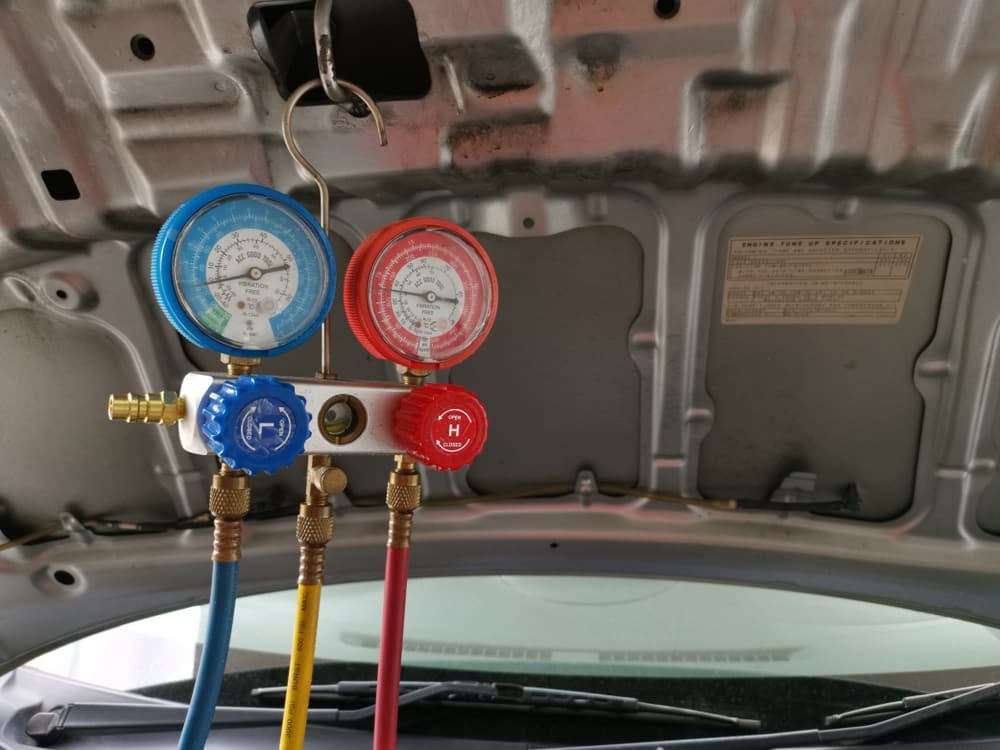 Due to the regulations on R12 gas, this is a fairly frequent change.

But is it possible to convert it directly and do you need to replace any parts?

R12 was the most commonly used refrigerant of all time and it has been used for many applications. The technical or chemical name of R12 is dichlorodifluoromethane. CCI2F2 is its formula, which contains the chemicals that make it up. According to its technical data, the weight per molecule of R12 is about 121 with a boiling point of -21.6 degrees Fahrenheit.

The molecules inside R12 consist of fluorine and chlorine, which is why it is called chlorofluorocarbon, or CFC for short, an abbreviation that was very common in the 1990s and earlier.

Because of the versatile nature of R12, it quickly became a refrigerant that used in air conditioners, refrigerators and freezers. This refrigerant is used in household appliances because its properties are relatively safe.

This refrigerant was neither flammable nor toxic. There was also no risk of the refrigerant being explosive, which is why it was used extensively in household appliances in connection with refrigeration, without posing a risk to the environment or to people. Furthermore, R12 is an extremely stable compound and remains integrated even under extreme pressures and operating situations. The only problem with R12 was that it would decompose on contact with a flame or fire and become toxic by inhalation. People were advised to quickly switch off all stoves and flame sources in case of leakage and to open all windows so that all the toxic gas could spread in the atmosphere.

Soon, after research and studies, scientists concluded that R12, a CFC gas, was harmful to the ozone layer and thus damaged it, which is why alternatives to R12 were chosen. One alternative to the refrigerant R12 is R134A.

RELATED: How Much Does an AC Recharge Cost?

Soon the R12s were banned in many places. As a result, they were replaced by other refrigerant gases, one of which is R134A. Unlike R12, R134A contains hydrogen and fluorine molecules, which is why it is also called HFC and not CFC. The use of R134A prevented damage to the ozone layer. The refrigerant R134A is called tetrafluoroethane and is classified as one of the HFC gases from the other refrigerant variants.

Today, R134A is commonly used in vehicle air conditioning systems, but it can also be used in refrigerators, freezers and other refrigeration equipment similar to R12. R134A is sometimes also used to cool overworked computer systems. Although R134A does not damage the earth’s ozone layer like its predecessor R12, it is still not considered the safest refrigerant. Many organizations believe that R134A contributes to global warming. Vehicles manufactured before 1994 used R12 for air conditioning. Vehicles older than 1994 started using R134A instead of R12.

So what if you have a car that was made in 1994 or even earlier? Well, if you have a car that old, you have two options. Buy the R12 gas from a supplier online or in a shop, or modify your car’s air conditioning system to use R134A refrigerant. If you choose to keep the original and decide to buy R12, it will cost you more than you expect.

Fortunately, we are here to show you how a successful retrofit can be done without spending too much money, to equip your car with the safer R134A.

There are two ways to convert the air conditioning of your vehicle to the R134A gas. One is the factory method, where you would need to replace the AC parts, and the other is to modify the existing components to use R134A. The second option may be cheaper, but it’s better to go for the first, because since your car is already getting old, most of the existing parts are probably on their way out of service.

Now, with the conversion you have two options, and which one you take depends entirely on you. You can either replace your old compressor and get a new one or you can use your old compressor and fill it with R134A. But it’s not that simple, because the R134A runs at a higher pressure as its molecules are smaller compared to the R12. Just filling your compressor with the R134A would cause your compressor to work harder due to the higher pressure and eventually create a leak to seal. But that’s the second thing to worry about. The first thing is whether your factory compressor is good enough to work properly with the new R134A.

If you suspect that your factory compressor is no longer working properly, you should buy a new compressor. However, if your compressor still has the capacity, you will need new parts such as hoses and switches that are compatible with R134A refrigerant.

And that’s all. If there are no leaks in your system, you’re good to go. But it’s best to check for leaks during and immediately after you fill the system to save time and money.