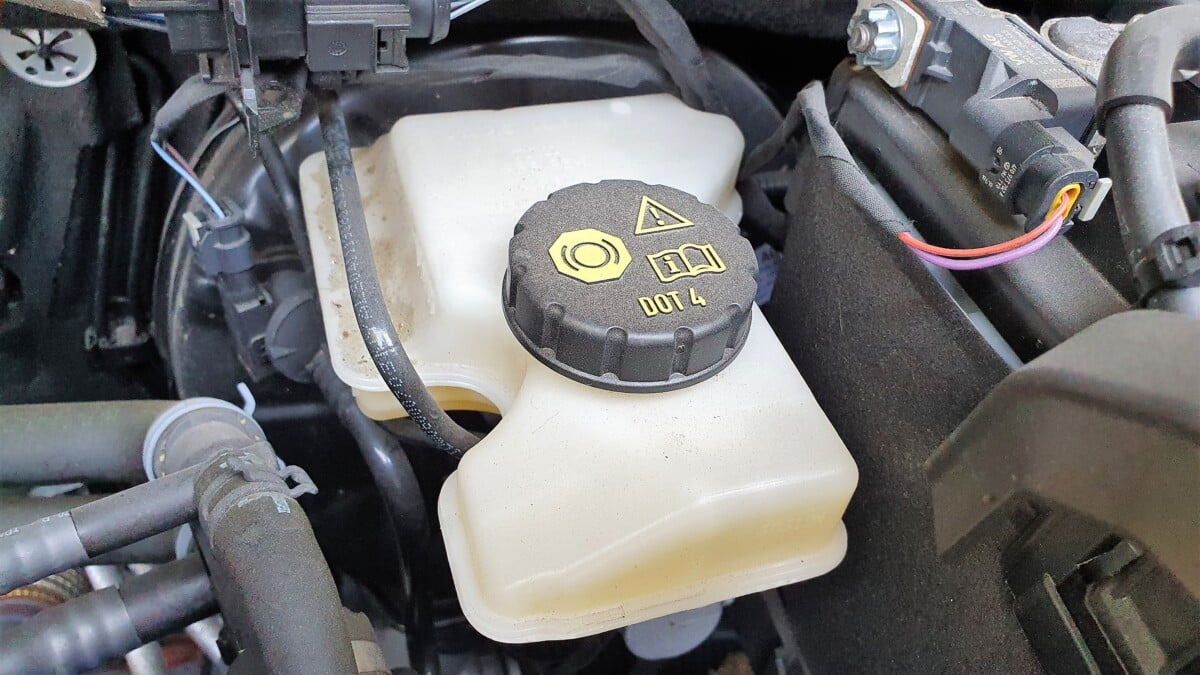 The brake system is one of these things which are very important to take care of because you really want it to function properly in an emergency situation.

The brake fluid is one of these things that you need to replace every one or two years otherwise, it may cause rust inside the brake system and damage other parts.

There are two general types of brake fluids are produced: silicone or glycol basis. Dot3 and Dot4 are popular glycol-based brake fluid options available for many vehicles. While Dot3 is popular with normal drivers, Dot4 is more common in newer car models.

But what is the difference between them and can you mix them with each other?

Both Dot 3 and Dot 4 brake fluids are glycol-based products used in your braking system. They are hygroscopic and absorb water from the atmosphere, which means that care must be taken when storing and regularly replacing potentially contaminated fluids.

Can you mix Dot 3 and Dot 4 Brake Fluid?

Yes, Dot 3 and Dot 4 brake fluid can be mixed. It’s because both these are glycol-based brake fluids, which means that they are compatible with each other. If your car has Dot 4 from the factory, it’s not recommended to fill it with Dot 3, though; but the other way is fine.

If you have Dot 3 in your car from the factory and you know that you are often driving with a trailer or in steep hills, we strongly recommend refilling it with Dot 4 instead.

Dot5 is a silicone-based brake fluid. It does not absorb water from the air and is not compatible with ABS systems. It maintains its integrity and works well. It also has a higher boiling point than the brake fluids Dot3 and Dot4, making it more compatible with excessively aggressive driving.

What does the boiling point mean?

As we told before, Dot 3 and Dot 4 brake fluids are hygroscopic, which means that they absorb water over time. This is the reason why you should replace it every year or 2nd year.

When you drive your car hard at hills or with a trailer and braking a lot, the brake fluid will heat up fast. If it is heating up too much and starts to boil – you will lose the ability to brake your car, which is the least you want to happen at a hill with a trailer. Therefore it is important to have such a high boiling point as possible.

Dot3 vs. Dot4: Which one is the better brake fluid?

Dot3 is the more popular of the two brake fluids, but Dot4 is quickly gaining popularity because it is compatible with the standard traction control and anti-lock braking system.

Dot 4 has higher boiling points, making it better for all types of applications; even though it is often a little bit more expensive, it is worth getting it instead.

What happens if you use DOT 3 instead of DOT 4 brake fluid?

While you can use DOT3 instead of DOT4 brake fluid, this is not recommended. Both these fluids are glycol-based, meaning no damage to brake-system components will be done by switching between them.
But the DOT3 brake fluid, however, has a lower boiling point than its DOT4 counterpart, which may be an issue in heavy-duty applications, such as towing or driving on steep hills. As a general rule, you should always use brake fluid with the specification that matches the one your car came from the factory with.

What happens if you use the wrong DOT brake fluid?

This depends on which type of brake fluids you have mixed. In the case of DOT3 and DOT4, nothing dramatic, except changes in boiling point, will happen. The DOT3 has a lower boiling point, and if you’ve poured this into a DOT4-based brake system, its brakes could fade quicker under heavy loads. And that’s not something you want when going downhill. In addition, both these brake fluids are glycol-based and don’t mix with the newer, DOT5 version, which is silicone-based.

How often should you change DOT 4 brake fluid?

The DOT4 brake fluid should be replaced every two years, at least. Or even more frequently if you use your vehicle for heavy-duty applications, such as pulling a trailer or driving up and down steep mountain roads a lot. This is because the DOT4 brake fluid is hygroscopic, which means it absorbs moisture from the air. Under high loads, this moisture may evaporate and turn into steam, causing air locks that impact brakes efficiency.

How do I know which brake fluid to use?

You can always find information about which brake fluid is recommended for your specific vehicle in the owner’s manual. Or in some cases, this may also be displayed on the brake fluid reservoir cap, which you’ll find somewhere near the brake booster. Anyhow, you can’t go wrong by switching from DOT3 to DOT4 fluid, as this will increase its boiling point and make the brake system more durable under high loads. Doing the other way around, however, is not recommended.

Most modern cars use either a DOT3 or DOT4 brake fluid. In essence, these are similar fluids, as they both are glycol-based. The only difference is their boiling point, which is higher for DOT4.

As such, the DOT4 brake fluid is more suitable for demanding applications with a lot of heavy brakings, such as when towing a trailer. Neither of them, though, shouldn’t be mixed with the DOT5 brake fluid, as this one is silicon-based.

Due to a different chemical structure, these won’t mix well. Lastly, DOT3 and DOT4 brake fluids absorb moisture from the air, which affects their hydraulic properties. This is why they have to be replaced every two years.