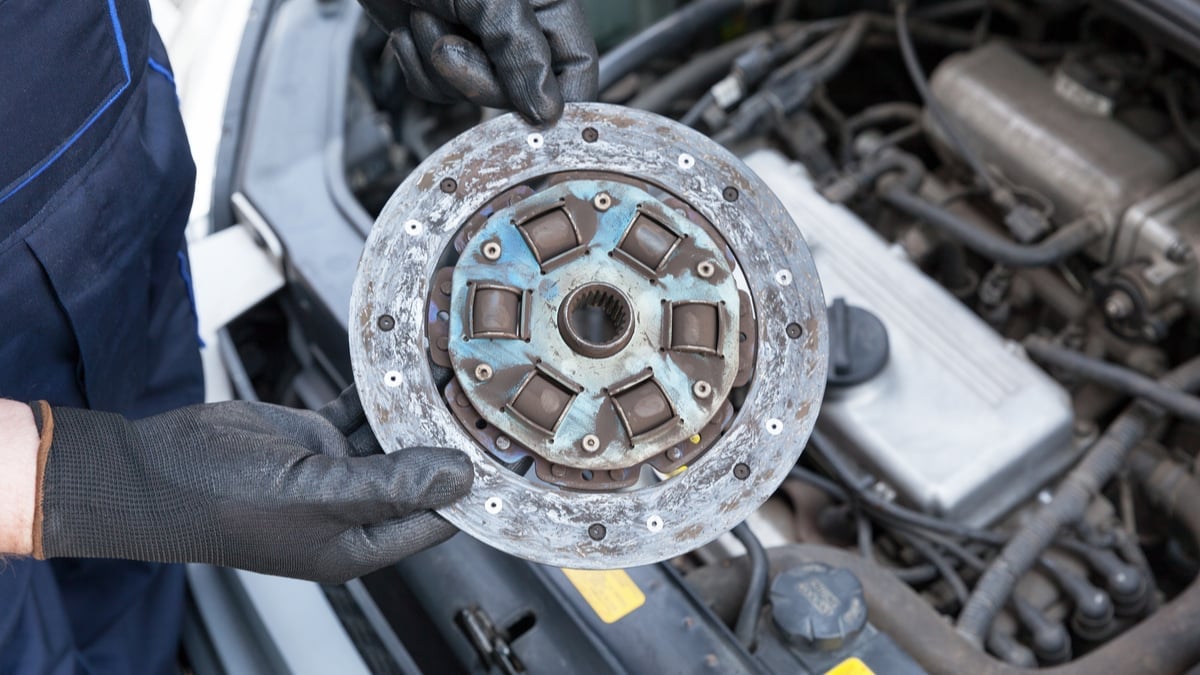 While the manual transmission vehicle isn’t as popular as it once was, it can still be a lot of fun to drive. However, the manual transmission configuration also suffers from unique problems that automatic cars don’t. One of the most annoying is a slipping clutch. In some cases, a slipping clutch is caused by the age of the vehicle, while other times, it’s related to the way you drive.

Whatever the cause is, you must know how to spot the slipping clutch so you can address it promptly. We discuss the most common symptoms of a slipping clutch and show you how to fix it quickly. Let’s begin with the signs to look for.

The most common symptom of a slipping clutch is rising RPM but lack of speed when you press the accelerator. You may also notice a strong smell of burning rubber and a different feeling in the clutch pedal than usual.

Here is a more detailed list of the most common symptoms of a slipping clutch:

1. Rising RPM, but Lack of Speed

The most noticeable sign of a slipping clutch is when the RPMs rise, but you don’t feel an increase with the power. In a normal operation, the RPMs and speed would rise at the same time, but that can’t happen when the clutch begins to slip.

While the RPMs are rising, you are going to notice an increase in the engine noise but will not be able to get the appropriate amount of power. At first, this problem will occur most frequently when moving into higher gears.

With a slipping clutch, you can almost bet on a burning smell. It will be most noticeable from the front of your car. The smell comes from an excessive amount of heat being generated from the continual disengagement of the motor and clutch.

If the clutch is only slipping occasionally, you might not smell the odor often. However, the more frequently it happens, the more noticeable the smell becomes.

Your engine is put to the test more when you are pushing it to the limits. If you are driving up steep hills or towing, you are going to require more from the motor. If the clutch is slipping during these times, you are going to notice significant engine issues.

Without the appropriate amount of power being sent to the wheels, it will feel like the engine isn’t performing as it should. In some cases, you might be able to ease up on the motor to relieve the problems, but they will get worse over time.

The clutch pedal is at a certain height in your vehicle that you’ve grown accustomed to. You will know how much space should be present between the pedal and floor of the car, especially if you drive often. If the clutch is slipping, the pedal might not return to its original position.

The overall height can also be changed. In some cases, adjusting the clutch pedal height might buy you a little more time, but you don’t want to end up stranded on the side of the road because of a defective clutch.

If you notice the disengagement of the drive wheels from the engine is occurring more swiftly, it might be caused by a slipping clutch. Under normal conditions, the pedal gets pushed down about an inch before the disengagement can occur.

However, slipping clutches allows for disengagement without the pedal all the way down. In extreme cases, you might simply rest your foot on the clutch pedal and disengage it.

RELATED: 9 Causes of a Stiff Clutch Pedal & How to Fix It

How to Fix a Slipping Clutch

The only way to repair a slipping clutch is to replace it. In rare cases, a leaking rear main seal can cause a clutch in good condition to slip, but it’s less likely than having a worn-out clutch.

With enough experience, you may be able to replace the clutch yourself. However, the task does involve removing the CV axle or driveshaft and the transmission.

The clutch is a vital part of the manual transmission. It’s a mechanical device that transfers power from the engine to the wheels of your vehicle.

The clutch is responsible for connecting rotating shafts together. It is found between the transmission and the flywheel.

What is a Slipping Clutch?

The clutch is responsible for holding a certain amount of engine torque, which is measured in pound-feet (lb-ft). The pressure plate holds the clutch securely against the flywheel. This design keeps the engine and transmission input shaft spinning at the same speeds.

On either side of the clutch, you will notice friction material. This unique material is similar to what’s found on the brake pads and it is responsible for grabbing onto the flywheel, as well as the pressure plate. However, this material is also known to wear down as the clutch gets older.

When the clutch can’t hold torque any longer, it starts to slip under engine loads. At first, the problems might be intermittent but will eventually become constant as the material continues to wear.

When the clutch is completely worn, the engine is allowed to spin freely, even with the pedal released. The clutch can no longer grab into the flywheel or pressure plate as it should. Many people notice a slipping clutch first during third or fourth gear when operating the vehicle in the mid-range.

The cost to replace a clutch is often between $300 and $2,500, depending on the type of vehicle you drive. The clutch isn’t designed to last a specified amount of time. Depending on your vehicle type and the way you drive, it could go 30,000 miles or last the life of the transmission.

As the clutch wears down to its rivets, the excess heat and friction from the metal can damage the flywheel. When you replace the clutch, you may also want to have the pressure plate and flywheel resurfaced or replaced at the same time since these parts can also degrade over time.