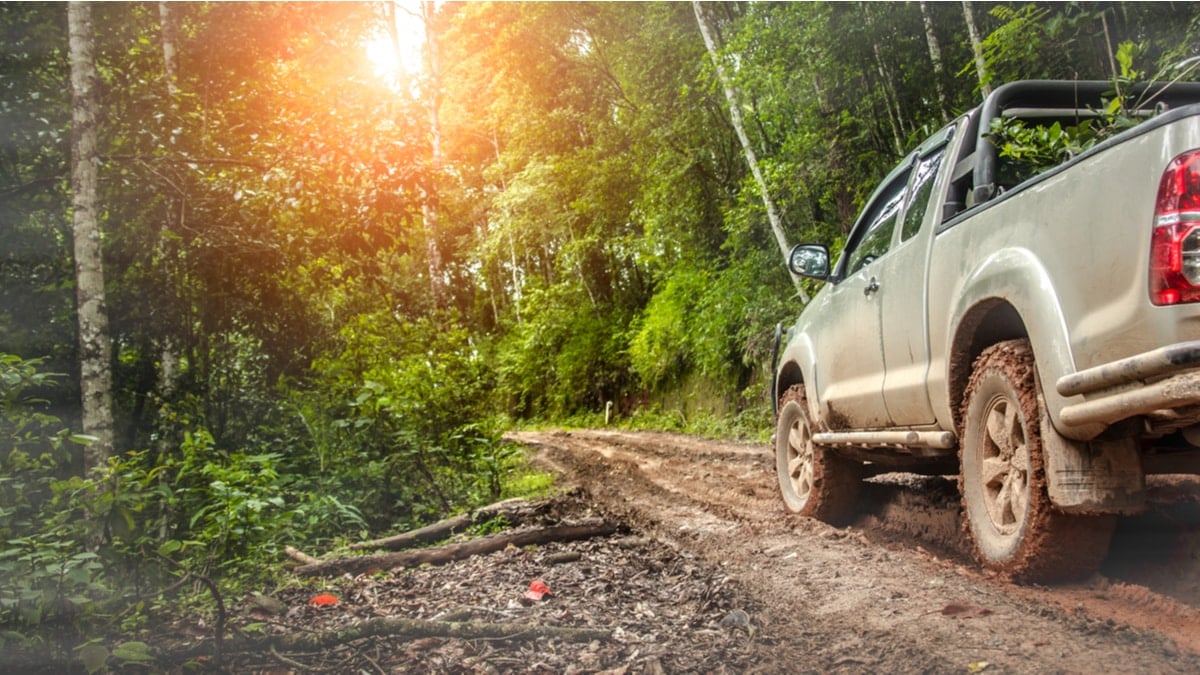 When the time comes to buy a new or used car, you have a lot of options to consider. Do you want a satellite radio and a rear-seat entertainment center? Are you looking to upgrade to larger wheels and install a lift kit for better ground clearance? One thing you should know for sure is whether you need AWD, FWD or RWD.

Picking a drivetrain is essential if you want the best ride for your lifestyle. Each one offers something different, plus comes with a unique set of pros and cons. By comparing all-wheel-drive to rear- and front-wheel drive, you should be able to determine which is the best configuration for your next vehicle.

What Does AWD, FWD & RWD Mean?

All three of these acronyms describe how power is transmitted from the engine to the wheels of the vehicle.

Many of the original vehicles included a rear-wheel-drive system, with the engine mounted at the back. The first RWD car that had a front-mounted engine was the 1895 Panhard model. However, front-wheel drive vehicles were also gaining in popularity, with the Victoria Combination leading the way.

However, it didn’t take long before all-wheel-drive hit the scene. The very first AWD car produced was the 1900 Lohner-Porsche.

Front-wheel drive might be the most recognized system used on vehicles today. In this system, all power from the engine is transmitted to the front wheels. The compact design creates extra room in the cabin and the weight is placed over the front wheels, which offers good traction in slippery conditions.

FWD is a cheaper design, allowing the price to remain lower. It also offers a lighter design because there’s no need for a separate axle assembly in the rear of the vehicle. This lighter weight turns into better fuel economy as well.

However, the front-wheel-drive vehicle can be nose-heavy. When traveling at high speeds or with a heavy load, handling can become a problem. The front wheels can have trouble doing both steering and providing power. With modern traction control systems, this isn’t as much of a problem.

Additionally, the FWD system can be fragile. Constant velocity (CV) joints and half shafts can be damaged easier than the cast iron found on the solid axle of a rear-wheel-drive vehicle.

The rear-wheel-drive vehicle transmits power from the transmission to the back wheels only. These vehicles can handle more power and hold more weight, which is why you find the configuration on many trucks, sports cars and law enforcement vehicles.

If the vehicle contains a solid axle design, it is quite durable. You can abuse it pretty heavily without needing any major repairs. Running over a curb isn’t going to affect the drivetrain. Additionally, the RWD vehicle has great balance, which provides better handling. RWD cars spread the weight of the drivetrain evenly from front to rear instead of having it all in the front. That’s why most sports cars and race cars use RWD.

However, rear-wheel-drive cars don’t have great traction, making them poor in bad weather. Even with traction control. The RWD vehicle easily loses stability when the roads are slick.

Many people confuse all-wheel drive with four-wheel drive, but these two systems are different. Instead of engaging all four wheels at every moment, the AWD car typically runs as either RWD or FWD. Only when additional traction is needed does the vehicle send power to all of the wheels. However, this process happens seamlessly without any driver intervention.

RELATED: AWD vs 4WD: What’s the Difference & Which to Choose?

AWD combines many of the best aspects from both FWD and RWD. Most importantly, it offers superior traction, even when the weather gets precarious. If the AWD system is based on RWD, the vehicle is performed-focused, supplying great handling in any condition.

However, not everything about all-wheel drive is peaches and cream. These systems are heavy because of the additional parts. You can expect it to add several hundred pounds to the vehicle, which hurts acceleration and reduces fuel economy.

All-wheel drive is also more expensive than the other two because of the added components. It can also cost more down the road since there is more to be serviced.

With the engine up front, it makes sense to put the drive wheels in the same location. This configuration requires a couple of short drive axles, thereby taking up less space.

A transverse engine that is located against the driven axle creates the most space. An example of this can be found with the first-generation Volvo XC90.

The engine creates rotational energy that uses fuel to produce. The transmission is responsible for delivering this power, so the further it must go, the more energy it will use.

However, the worst fuel economy will always be found with the all-wheel-drive system in a lineup. Most of the time, the difference is minimal, but even a few miles per gallon will quickly add up at the fuel pump.

The rear-wheel drive vehicle might offer great performance, but traction is usually lacking. Because this system is pushing the car, handling can be a little more challenging in slippery conditions.

Front-wheel drive operates better than most rear configurations. The wheels are pulling the car instead of pushing, which offers more predictability. However, when the wheels lose traction in FWD, the driver can’t do anything to resolve the situation other than slow down.

All-wheel drive is going to offer better traction in most situations. Because of the open center differential, power travels to the wheel with the least amount of traction. If the car is on a slippery surface, one wheel might receive all of the power, while the others get nothing to offer a better grip.

You can find good handling cars with any of the drivetrains. However, there’s a reason that all race cars and sports cars are rear-wheel drive configurations.

With more torque in the rear, a more exciting drive is ahead. However, this torque can sometimes be too much for two tires alone, which is where the all-wheel drive system can win for better handling as well.

Most people don’t associate the drivetrain with safety, but there are some factors that come into play here. FWD often understeers, while RWD can oversteer in slippery conditions. In most cases, understeer conditions are going to be safer.

Additionally, having an engine in the front could offer more protection for the passengers. With that said, plenty of safe rear-engine, rear-wheel cars have been produced; it’s just a matter of the manufacturer using the right materials.

The all-wheel-drive vehicle can use every bit of onboard mass to create friction. However, this system also weighs more than the rest, which hurts acceleration.

Most sports cars are outfitted with a rear-wheel-drive system that pushes the vehicle with power. However, unless you are looking at getting something with more than 300 horsepower, the drive system isn’t going to make much of a difference in the 0-60 mph time.

Upfront costs are lower with the front- or rear-wheel-drive configuration. However, front-wheel-drive cars can’t take much abuse without requiring repairs, all of which cost money down the road.

On the other hand, the all-wheel-drive car is going to cost more upfront and have more components that could break. For a low upfront cost and fewer maintenance expenses, the RWD vehicle might be the best bet.

For most people, all-wheel drive offers the complete package. Not only does it offer traction when needed the most, but it works without your input. However, if you live in a sunny climate that rarely experiences slippery conditions, you might prefer saving money and fuel with either front- or rear-wheel drive instead.

« Fuel Gauge Not Working or Is Inaccurate? (How to Fix it)

Xenon vs. LED vs. Halogen Headlights – What’s the Difference? »