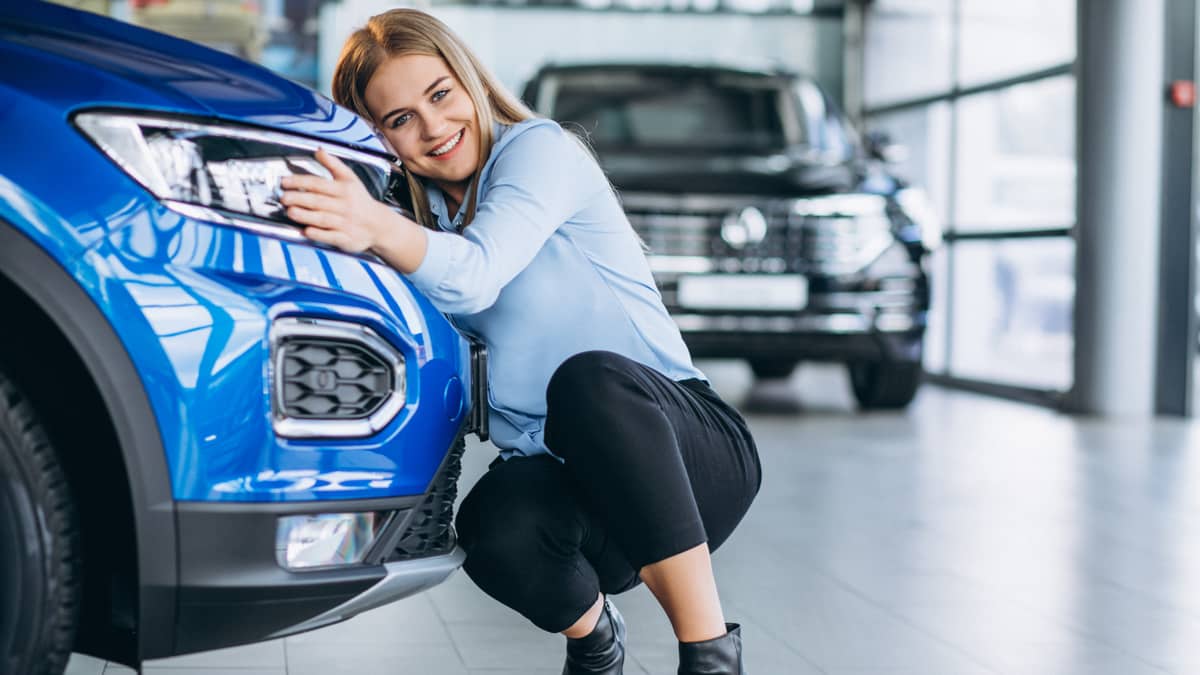 Many of the goods and commodities that we buy in life are subject to various kinds of price fluctuation. Prices go up and down according to prices of constituent parts, the time of year, and other factors.

Buying a car is no different, and is greatly impacted by the specific time and date that you choose to go and buy one. So, when is the best time to buy a car?

When is the Best Time to Buy a Car?

Generally, October through December are the best months of the year to buy a new or used car. You can often get a discount if you buy your car at the end of the month and at the beginning of a week.

Unfortunately, this is the short answer, but answering the core question of today’s blog is not so easy to do with a single one-sentence answer.

Therefore, we’ve taken the various determining factors that dictate the best times to buy a car in the US and put them into the following blog post. Read on to find out just how much the day of the week and month of the year can impact your car buying experience.

Broadly speaking, you can understand the best times to buy cars by dividing good times into different categories:

Let’s take a closer look at each of these categories:

Time of the Year

December is one of the best times to buy a new car. At the end of the calendar year, you are most likely to find the dealerships and salespeople who are at the end of their tether.

They’re pushing hard to keep up a general monthly sales quota, but also desperately trying to sell vehicles and make room for new stock that’s incoming from the OEM’s factories.

December, on average, brings the highest rate of discounts at 6.1%, as well as the highest incentives. Earlier in the year there are discounts to be had, but will only form an average of 5 percent at best. The more remaining stock there is, the more willing the dealership will be to offer better incentives.

As we mentioned earlier, the fall is the time of the year when the vehicle model year is winding down and OEMs begin announcing facelifts, new generations, or standard new model-year releases. These are key signals for dealerships to shift stock and create room on the lot. Models that have been sitting on the lot the longest by the fall will experience the highest discounts and the most generous incentives.

It’s a good idea to note in the summer if you can any stock that’s hanging around and see if it’s still there in the fall. If it is, then the ball is firmly in your court.

Finally, in this section, it’s worth mentioning that the end of any month of the year is a better time to be shopping for cars. If you can’t wait for the end of the calendar year, then at least try to get an early weekday at the end of the month. Many dealerships will be pushing hard to meet and exceed sales quotas each month, and if they’re down to the last week, they’ll be pushing the hardest, possibly even selling cars at cost or close to cost just to keep their numbers up.

Points in the Design Cycle

A new facelift means that notable changes are coming to the car’s design, but not quite enough to herald an entirely new generation. A facelifted model will have a partially modified exterior, and some styling changes on the inside, too. The differences are much more prominent and visible compared to a regular model year update. Facelifts normally occur in the middle of each generation’s design cycle. So, if the first generation launched in 2015, there might be a facelift in 2017-2018 and then a new generation in 2020-2021.

Right after a facelift is confirmed and the new version launched, the prices of the older models have to come down in order to allow dealerships the chance to clear out older stock and make way for newer facelifted stock to take pride of place on the showroom floor. Having said that, one shouldn’t expect price drops to be as dramatic as they can be when dealing with a new generation of vehicle.

A new generation in the design cycle means much bigger changes are coming to a vehicle. It’s exterior form and styling will likely see major changes: new bumpers, grille, intake design, as well as new lines, alloy wheel designs, a new chassis and much more. You only have to take a fleeting look at the recent history of a car like the Honda Civic or the Jeep Grand Cherokee to see just how much change can come to a model with a generational design shift.

Therefore, if there is a generational shift incoming in the new model year, you can expect the last models of the previous model year to be available at a generous discount. The entire promotional angle of the dealership will have to change with a new generation incoming. New images, banners, advertising materials…the works! All signs of the previous generation need to be swept clean.

So, consider the time of year in which you are shopping for a car carefully. Consider these factors all together — early in the week, at the end of the month in December, for instance, would be an excellent combination of factors!

There are a number of specific days throughout the year where you can expect to get somewhat more out of the car sales process. First there are the special holidays where car sales are often discounted or boosted by other factors:

Washington and Lincoln used to have their birthdays marked as separate national holidays, but nowadays they are combined to create “Presidents’ Day” which is on the third Monday in February each year. After New Year’s Day (see below), it marks the earliest public holiday where one can expect to find quite friendly discounts at the dealership.

While discounts aren’t at their strongest as they are in December (see further below), Presidents’ Day is a public holiday early in the year with a long weekend during which time dealerships offer key incentives to help either spur sales of newer models or to finally remove older stock from the previous model year, with the former being most likely. It’s a great opportunity for them to push sales.

2. Memorial Day and 4th of July

The summer kicks off in late May with Memorial day weekend offering another key opportunity for dealerships to draw in customers and boost sales which can sometimes start to lag in the summer as the early new-car buyers peter out after a rush in the spring.

The summer sales on both Memorial Day weekend, and later on the 4th of July, are important because for some OEMs they have already announced the vehicles in their range for the next model year. That means summer is the first big push to start shifting stock from the current model year in order to make way for that for the new model year which starts arriving in the late summer, and is fully in place by the end of the calendar year in most cases.

The first Monday in September is Labor day, and another key opportunity for selling older stock before the arrival of the next model year vehicles. By September, the pace of announcements for new models, facelifts and new generations (more further below) starts to quicken and dealerships are now more desperate to make space for new stock.

From Labor Day onwards, buyers can expect there to be significant financial discounts, as well as other incentives like 0-percent APR and other bonuses. Some dealerships may even be willing to right down to selling the vehicles at cost and just try to make profits on accessories and extended warranties, but that is much more pronounced on Black Friday.

The ultimate annual shopping day applies just as much to cars as it does to anything else. Black Friday, right after Thanksgiving, is the traditional end of the vehicle model year. While not every OEM announces and releases their new models at the same time, as we’ve already discussed, by the end of November most are already out and declared.

Black Friday can see amazing discounts, as well as fantastic incentives such as 0-percent APR for as long as 5 years on models bought using financing. The shopping holiday marks the beginning of a big end-of-year push that goes on until New Year’s Eve and Day as precious space on the lot is created for the coming influx of new models from the OEM factory.

The final day of the calendar year, and the first day of the next calendar year, are important for dealerships still trying to get rid of older stock from the previous year. For what stock is still left, if any, buyers can expect excellent deals as dealerships start their big push to sell the latest models. Buyers willing to take older models off their hands can expect good discounts.

One thing to note, however, is that how much of a deal you can get will vary from dealership to dealership. If one lot is very effective in pushing their sales through, they may have little to no stock left to sell at lower prices. They won’t be feeling the pressure to further exceed quotas or make room for new stock.

But of course you needn’t wait for a specific festival if you want to get a great deal on a car sooner rather than later. There are days in the week where buying is better than others.

Broadly speaking, early weekdays are the best days of the week, since people are at work and so there is less foot-fall on the dealerships lots. The main advantage here is that you can monopolize a salesperson, ask them more questions, and talk deals with them for a long time. When the lot is busy, the salesperson doesn’t have to push as hard for sales, and has less time to talk deals with each customer.

In some cases, the best weekdays might actually be Tuesday and Wednesday. In Maine, New Jersey, Pennsylvania, Mississippi, Louisiana, Indiana, Missouri, Illinois, Iowa, Wisconsin, Minnesota, Oklahoma and Colorado, car dealerships cannot open on Sunday, or at least cars can’t be sold on Sundays. This means a lot of spill-over can arrive at the dealerships on Monday to finalize deals discussed at the weekends.

Adam has been a car enthusiast his whole life and he's spent most of it driving fast sports cars. He knows everything there is to know about the car market, which means that when you're looking for good deals on either your next purchase or information like financing, insurance, or leasing options - Adam can help!