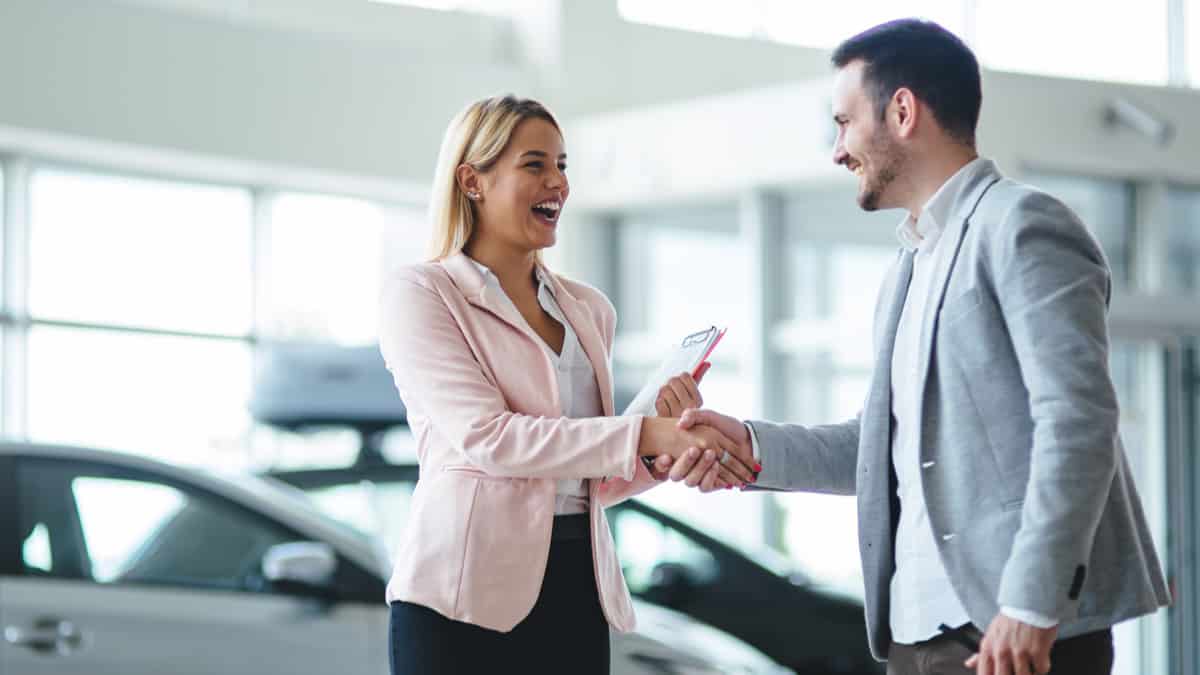 What’s the first thing that comes to your mind when you think of a car dealer? Do you imagine the slick, modern showroom with shining display cars rotating slowly on a turntable? Or is your first thought something less savory? It could be a dusty lot next to the highway filled with old clunkers and run by a shifty, sweaty man with a trilby hat and a bad tie.

Whatever you think of them, the car dealership is still as ubiquitous as it ever was. Special laws in the United States that prevent car manufacturers from selling directly to customers are helping to ensure that you nearly always have to work with a dealer at some point. In today’s post, we’re looking at how car dealers make their money. How have the successful ones made so much? Do they just sell that many more cars?

This might seem a strange concept to ponder. Surely, car dealers make money by selling cars and getting paid for them by customers? Well, yes, that’s definitely true up to a point, but it’s actually quite a lot more complex than you might think.

Data from the National Automobile Dealers Association (NADA) shows that at a typical car dealer where you find both new and used cars, new cars make up about 58 percent of total sales, but only 26 percent of total gross profit. Believe it or not, even that figure of 26 percent is only partially accounted for by car sales. The rest is additional products that we’ll introduce more below.

When it comes to pre-owned cars, these account for something like 31 percent of a dealer’s total sales, according to the same data from NADA.  Despite this, the used car sales make up about 25 percent of profit. If you put this number with new cars, then you have 51 percent of a dealership’s profit. What about the rest? We’ll get into that further below, first let’s study car sales.

You might think that more than the lion’s share of profits at a car dealership would be garnered from car sales, but this is not the case at all. As we mentioned above, it barely accounts for a majority of profits at 51 percent. The unit sales of the cars themselves don’t even make up that amount of money.

Imagine you spend $20,000 on a new sedan car like a Toyota Corolla or something similar. That price might be the invoice price — the amount that the manufacturer charges the dealer for the unit — in which case the question arises: where does any profit come from? If you buy a car from a supplier at $20,000, and then sell it for $20,000, most would accuse you of having serious problems in your business acumen.

The first revenue stream is known as the dealer holdback. This is an agreement between the manufacturer and the dealership for new cars that says the dealer gets an additional bonus of 1 to 2 percent of the invoice price after each unit is sold. In the case of our $20,000 Toyota, that would mean $200 or $400.

This is beneficial for dealers because it means they can sell the car at the more competitive invoice price but still earn some money to cover their costs and then some. It still seems a rather slim profit center, and not even all manufacturers have this arrangement with their dealers.

Another revenue stream for dealerships is “dealer cash” which is a bonus paid to dealerships, sometimes at the end of the year, for help in shifting a particular model that the manufacturer wants to boost in sales. It’s not an advertised practice, but it’s well known among those in the industry.

Owners who are looking to trade-in (part exchange) their car for something new are another key profit center within car sales. Dealers always offer a low-ball price for the car, and rely on the customer reacting in one of two ways. Either they will be motivated to get rid of the car as fast as possible for whatever price, just wanting to avoid all the hassle, or they’ll be dazzled by a partial discount on a car they really want. In any event, the person trading their car in fails to see that the dealer wins out big-time on the deal.

In the transaction we describe above, the dealer makes money on two scores: the first on the car financing for the new car taken away by the customer (see more below), and the second on the sale of the new car when the time comes. They might clear a total profit of $5,000 right there in one transaction.

There’s a reason that car dealerships push financing options when it comes to selling their cars. If you walked in and paid cash for a vehicle, you are only useful for helping the dealership boost sales figures. They will make very little profit from you (unless they sell you accessories). The numbers from NADA show that something 90 percent of new car sales include some measure of financing. The figure is 73 percent for used cars.

In a similar style to the trade-in model, dealerships rely on customers’ desire for convenience. Finance deals can often look tempting because they may offer 0% interest at first, or a low deposit, or a longer time period with which to pay the money back. All of these things are offered with the same goal in mind: to keep you paying longer. By getting the car and finance all in one place, the deal always seems sweeter, even if it would actually cost less over time to find private financing elsewhere.

Besides car financing to help with car sales, the dealers also sell other financial products, such as insurance and extended warranties. Insurance is a good product since everyone needs it, and once again they can get customers to pay more than they would elsewhere just for the sheer convenience of getting everything done under one roof. Since a lot of cars are financed, dealers also make money selling additional special insurance coverage such as gap insurance.

Even more profitable, however, is the business of extended warranties. Warranty provider endurancewarranty.com estimates the average cost of an extended car warranty at $1,800. Buyers will often be convinced to pay this instead of a possible $3,000 or more if the engine needed replacing out of warranty. Given that a tiny fraction of these warranties will ever be used, every sale is a great profit center.

Finally, we get to parts and servicing, which is the mysterious “other half” of a car dealer’s profits. It accounts for the missing 49 percent of income and includes:

It is for the sheer profitability of the service and parts sector that many blue-chip car brands like BMW have pivoted toward a stronger customer service philosophy. This is especially the case when it comes to aftersales service. If you’ve ever encountered one of the “Product Geniuses” of BMW, you’ll know that they’re more than just salespeople. They become your point of contact at the dealership for all things you need.

Any time you have a problem with your BMW, you phone your genius; not sure how to find something in the infotainment system, phone your genius; you want to know about accessories that will help personalize your BMW more, phone your genius. The list goes on. Tesla has a similar model with their Sales Advisor positions. They boost sales by offering unparalleled continuous service.

In the end, we reach the conclusion that car dealers can indeed make a great deal of money, but it’s just not all from the sale of cars. It seems that buying a car from a dealer is just the beginning in what the seller banks on becoming a long and profitable relationship over the years you are running that car.